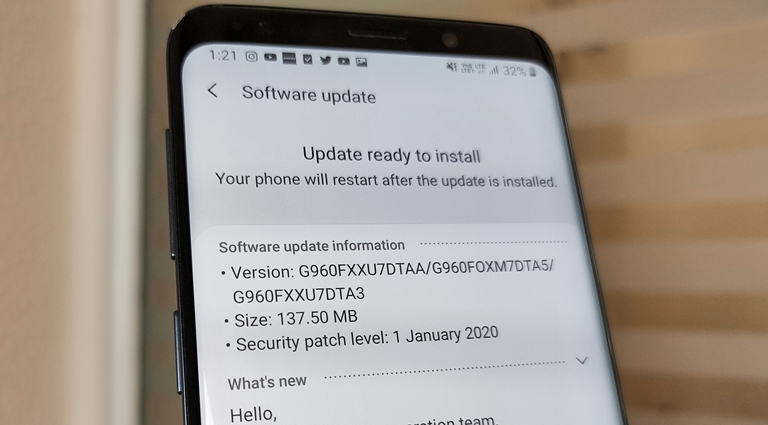 The update should be available to all users who were beta testing Android 10 alongside One UI 2.0 on the Galaxy S9. You should see an update notification pop-up on your Galaxy S9 on the beta program. However, if the update does not show up, manually search for the update. To manually search for a new update, follow these steps: open Settings – Software update – Download and install. Wait for the search to complete and once done, the stable update should show up. Then tap on Download to begin downloading the update and tap on Install to install the update on your Galaxy S9 or S9 Plus. 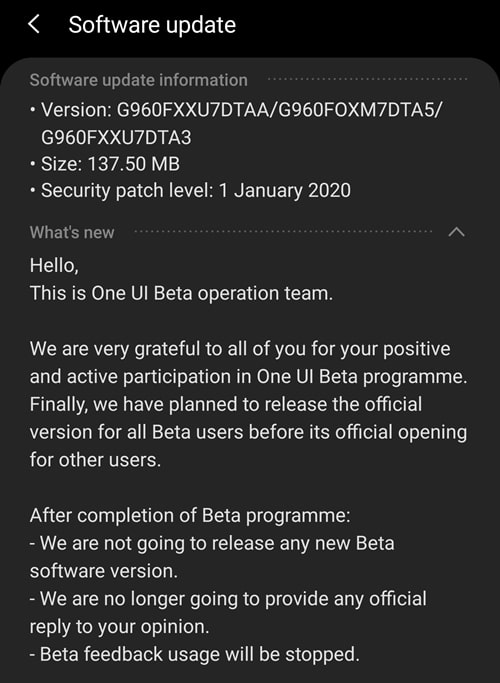 Samsung’s stable One UI 2.0 update brings along the January security patch. Additionally, after updating to the stable build, you will no longer be able to provide beta feedback usage. And as mentioned above, you will no longer receive any further beta updates on your Galaxy S9. Thus, if and when a new beta program kicks off, you would have to register for that once again.

What’s the difference between the Beta and Stable One UI 2.0 update?

There’s no noticeable difference between the stable update and the latest beta update for the Galaxy S9. Therefore, after updating from the beta build to the stable One UI 2.0 version, you will not notice any difference. And while the One UI 2.0 stable update weighs in around 1.8GB for users who were not a part of the beta testing, the update for beta users comes in at 138MB.

With Samsung’s 2020 flagships just around the corner, it’s good to see the company updating it’s 2018 flagships within its update timeline. The One UI 2.0 update brings a few refinements over the OG One UI skin. And basically, it also brings along all the goodness of Android 10. That includes the new privacy-focused features that give you more control over what data an app can use.

Additionally, it also brings Google’s Digital Wellbeing program to Galaxy S9 users. All the new features were present in the beta updates that were made available over the weeks. And now with the beta program come to an end, it’s time for users to enjoy the stable One UI 2.0 update on the Galaxy S9 duo.