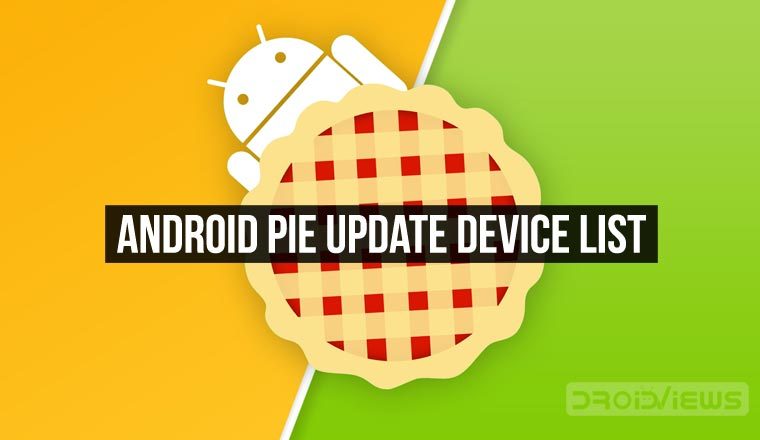 Anew version of Android arrives every year with the same question on everyone’s minds. Will my phone get the update? For some, it’s when will my phone get the update? Generally, if you’ve bought a flagship that hasn’t received its second major Android update yet, it will get the update. The real question is when. For non-flagships, there’s never a lot of certainties. Sometimes OEMs push out updates but won’t update the device to the latest version of Android. So let us tell you, will your phone get Android 9 Pie update?

Google Devices to Get Android Pie

Of course, any list about Android version updates has to start with the Google devices. Although everyone knows that they will be the first ones to get the update. All the eligible Google Pixel devices have already received the update while the Google Pixel 3 and 3 XL already ship with Android 9 Pie.

Essential has only released the one phone called Essential Phone or the Essential PH 1 since 2017. The device even runs a bare stock Android. Naturally, it’s amongst the first devices to receive updates and Essential has been pretty good at providing them. The Essential PH 1 received its Android Pie update right alongside the Google Pixel devices.

HTC is a brand not quite making the headlines these days. The company did take to Twitter to announce that it will be updating four of its devices to Android Pie. These are the HTC U12, HTC U11 Plus, HTC U11, and the Android One variant of the HTC U11 Life.

Already updated to Android 9 Pie: Android One variant of the HTC U11 Life.

Huawei announced EMUI 9.0, based on Android 9 Pie, back in September and also launched a beta program for some of its devices. So far, many Huawei and Honor devices have received the Android 9 Pie update but the Chinese OEM isn’t very clear about the devices that it will be providing updates for. It announced the devices that will receive the update in batches and then updates them before moving into the others. Huawei also rolls out the updates to the same devices in different regions at very different times. So even though, say, the Honor View 10 has been upgraded to Android 9 Pie, it is possible that it is only true for certain regions and not for others.

LG hasn’t really released any global Android Pie updates yet but it plans to release it for a number of devices. LG’s plans extend all the way up to December 31 2019, so you may have to wait for the Android Pie update even as other devices get updated to Android Q.

Will be upgraded to Android 9 Pie:

Nokia is another OEM that’s proven itself to be one of the good ones when it comes to providing timely updates. the company not only makes sure updates reach out to the higher-end devices but also the most budget oriented devices in its arsenal.

The Nokia 3 and Nokia 1 will be the last Nokia phones to get the update, sometime in early Q2.

OnePlus became the third OEM in the list to push out Android 9 Pie update to any of its devices. The OnePlus 6 had already received the update back in September 2018 while the OnePlus 6T already ships with it. By the end of December, the company had even updated the OnePlus 5 and 5T.

Will be upgraded to Android 9 Pie upgrade:

Samsung is quite popular for delayed Android updates and the company is expecting that image to stick this year as well. With so many devices launched in the year, it would be hard for the OEM to release updates on time even if it was the sole creator of the software its devices run on. Check below if your Samsung device will get Android 9 Pie update or not.

Will be upgraded to Android 9 Pie upgrade:

Must Read: 10 Samsung One UI Features You Should Know About

Sony has also been doing fine in terms of providing updates to its devices for quite some time now, as far as its latest flagships are concerned. The company is amongst the first to lay out its update plans in public. In fact, the Sony Xperia XZ2 was amongst the handful of devices that got to test the Android Pie beta versions.

Oppo’s sister company isn’t much better. At least the company had acknowledged that they would be rolling out Android Pie updates in Q4 of 2018. However, it is 2019 and no Vivo devices have received stable Android Pie updates. By the end of December, the company did kick off Android Pie closed beta program for fours of its smartphones. These are the X21, X21 UD, Nex A, and Nex S. The Vivo X21 was also amongst the handful of devices in Google’s Android Pie beta program so we can expect it to be the first to receive the update.

Xiaomi isn’t known for providing fast Android version updates. Although it does update its devices to the latest version of its MIUI skin quite regularly. Many of its devices are yet to receive Android Oreo updates and the OEM is working towards that. Meanwhile, these are the few devices that have been confirmed get updated to MIUI 10 based on Android Pie in the future.

Will get Android  Pie based MIUI 10 Update: