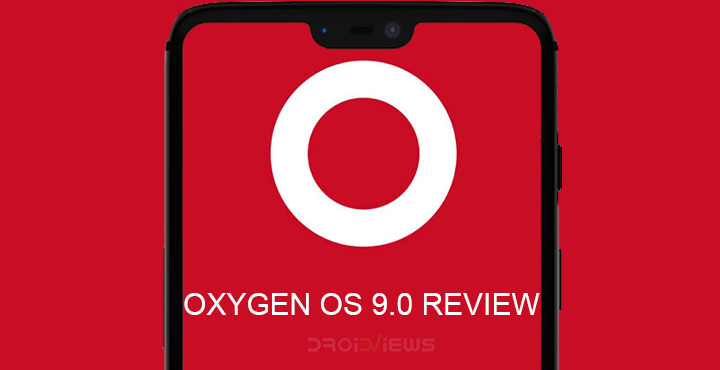 The OnePlus 6T is rumored to be launched sometime in October, which isn’t that far away. Meanwhile, OnePlus has fulfilled its responsibilities towards the OnePlus 6, which was launched only a few months ago. The OnePlus 6 has joined an elite group of Android smartphones that are now running an official build of Android 9.0 Pie.  So far, it’s only the second non-pixel Android smartphone to receive the Android Pie update. The company had previously been testing Android P Developer Previews on the OnePlus 6, which certainly have helped in delivering the Android Pie update a lot earlier. OnePlus’ take on Android 9.0 is called Oxygen OS 9.0. Here’s the Oxygen OS 9.0 review as experienced on the OnePlus 6.

If you haven’t installed the new update yet, here’s our tutorial to help you install Android Pie Based Oxygen OS 9.0 on your OnePlus 6. Besides, already published a guide on rooting the OnePlus 6 on the OOS 9.0.

In case you weren’t aware, or you need a refresher, it’s powered by a Snapdragon 845 SoC and paired with up to 8 GB RAM and a 128GB storage. The display is a 19:9 AMOLED panel with a resolution of 1080 x 2280 pixels. On the back is the 16-megapixel f/1.7 main camera which has larger pixels now. This is paired with another 20Mp camera sensor. This results in better low-light performance. The camera has OIS support and can record 4K 60fps video as well. EIS is still here along with a super slow motion mode at 480fps in 720p or at 240fps in 1080p.

A 3,300mAh battery delivers the necessary juice to power the setup. Besides all of that, there’s Bluetooth 5, support for two nano-SIM cards, and Dash Charge fast charging.

We won’t be going into aspects such as performance because it’s OnePlus we’re talking about. Of course, the performance is great. Oxygen OS 9.0 is stable, fast, and everything else you’d expect it to be.

Android Pie brought several design changes to the interface and quite a few of those have made their way to Oxygen OS 9.0. The rounded notification shade, rounded notification cards circular quick tiles, atc. are all here as well. As always, OnePlus allows users to switch between three different themes that mostly change just the colors on the UI. This can be found under Settings > Display > Theme, where it already was. Oxygen OS 9.0 feels less of a change aesthetically over Oxygen OS 5.1 than Android 9.0 is over Android 8.0.

Much of that is because of the same fonts and the same color scheme which are both different between Android 8.0 and Android 9.0.

OnePlus had already jumped in on the whole using gestures to navigate bandwagon before Android Pie was even announced. Oxygen OS 5.1 already allowed users a choice between a traditional navigation bar with three buttons or Navigation gestures.

The navigation gestures on OnePlus are still the same with the added benefit that you don’t see a navigation bar. It just looks aesthetically better and gives you more screen real estate. The downside is you can’t long-press the home button to quickly get to the Google assistant if you even use it.

If you prefer, Oxygen OS 9.0 also adds the Android Pie gestures which work off the navigation bar.

Don’t miss: 25 Hidden Android Settings You Must Check Out

Oxygen OS is known for keeping things stock, and adding only where necessary. Network speed in the notification shade, a built-in App locker, Parallel Apps, Oxygen OS is full of such really useful features that stock Android doesn’t offer. So it is surprising that Oxygen OS 9.0 is missing certain Android 9.0 features. The most obvious of these is the ability to bring up the app drawer from anywhere.

On Android 9.0, users can swipe up on the home button to bring up the overview menu which has the recent apps as well as the google search bar and a dock with your most used app icons. Swipe up on it and you can access your app drawer. This functionality is not present on Oxygen OS 9.0 on the OnePlus 6.

Moreover, app actions and app slices are also nowhere to be found. These are Android Pie features that are baked into the Pixel Launcher. Oxygen OS uses the OnePlus Launcher, which is probably why they’re absent here. They can still be implemented into the launcher with an update if OnePlus so wishes.