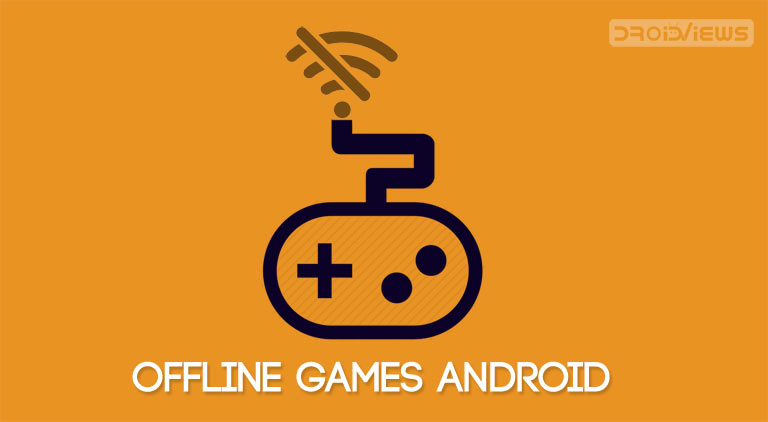 With the advancement in internet technologies, more and more games depend on it to provide an entertaining experience. But not everyone has a Wi-Fi connection or access to data all the time. That is why we have compiled a list of some of the best offline games for Android. These are perfect for wasting time on a long commute or when you just want to disconnect from the virtual world.

With these best offline games installed on your Android, you need no internet or data connection to enjoy games on the go. So, without much ado, let’s check out 10 offline Android games but before that, you may also like to try these heaviest games for Android.

Monument Valley was a smash hit when it came out in 2014. And, the same can be said about its sequel in which a mother guides her child through a series of immersive puzzles. The journey is full of illusionary pathways and magical architecture that changes its form based on the input from the user. The environment, the music, the puzzles – each and every aspect of the game is designed to give you the finest gaming experience possible.

There are hundreds of color matching game in the play store but Flow Free: Bridges is my favorite one. In the game, you have to connect one colored dot to the other by making pipes. The objective of the game is to fill the board with colors by connecting all the dots. One twist over the original game is the addition of bridges that let you cross two pipes without any obstruction.

Sky Force Reloaded is a first-rate arcade shoot’em up with modern visuals and design. The game is just like the one I used to play on my Nintendo when I was a kid; only it looks way better. It has 15 immersive stages and 9 unique aircraft for you to unlock and play with. The challenging levels, multiple boss fights, and long gameplay make it possibly the best game of its kind in the Google play store.

Subway Surfers is a classic; the game that popularized the endless running genre along with Temple Run. The gameplay is as simple as it gets – steer the character with swipes to avoid obstacles and collect coins, and the longer you run the difficult it gets. The speed and the feeling of pushing for just one more high score surely pump in the adrenalin. Subway Surfers, too, is one of the best offline games for Android you should not miss.

Mekorama is a fun little puzzle game with 50 challenging levels. The goal of the game is to walk the odd robot out to the exit. You do so by taping the path on which you want the robot to walk. Playing with the angles bring up the formerly hidden premises which are essential for moving on to the next level. The game offers hour-long fun and is totally free to install and play. Hence, it surely deserves your attention.

Table Tennis Touch provides hours of entertainment – you can either go for a long career and play some of the best matches the game has to offer or stick to mini and quick games; totally depends on how much time you have to spare. It has stunning graphics, fluid animations, intuitive control and lots of levels to play.

I am not the biggest fan of sports games, but I can say with confidence that Table Tennis Touch is one of the best offline games for Android in the sports category.

Quick warning: Darkland is a frustrating game to play. Reason? You die. A lot.

In this 2D platformer, you take control of a glowing square box like thing that has eyes and can move in only one direction. Your goal is to enter the portal at the end of each level that transports you to the next level, and then you repeat the same process once again. The only problem is that there are lots of obstacles along the way designed to kill you.

Another color matching game makes it to the list. The goal of this game is to drag the colored tiles and organize them in a manner so that the hues flow from shade to shade. It may sound simple on paper, but as you advance, the puzzles become really difficult and your sense of color and perception is put to test. Download this offline game for Android from the Play Store. If you love such games, we have made a list of some of the best relaxing puzzle games for Android.

9. Once Upon a Tower 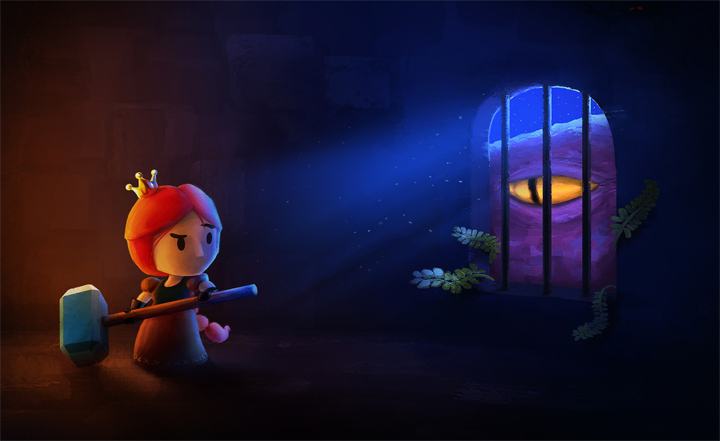 Remember the old games in which the queen was captured by a dragon and our hero embarks on an adventure to free the queen? Once Upon a Tower is just like that – the only difference, however, is that the hero lost against the dragon and got eaten alive. As a result, the queen is on her own. Hey, modern times.

The good news is that the hero left his Warhammer behind and the queen can handle it pretty well. So, get ready to beat the enemies and escape the dragon. Let the adventure begin!

Alto’s Odyssey is one of the finest games available in the Google play store. The gameplay is simple – you ski down the desert, perform various jumping tricks, collect coins, complete objectives and try to reach as far as possible without falling.

The game offers stunning graphics and a soothing soundtrack. Add that to the buttery smooth controls and you got a game that deserves all the praises in the world. That’s why Alto’s Odyssey won a place in our list of the best offline games for Android.

City building simulation games have always been loved by the gaming community. Pocket City is built on the same idea as other similar games, but the difference is that it doesn’t charge you a shit load of money to play the game. The game is available for free so you can just install it and start crafting a beautiful and functioning city.

In the game, you earn money by completing various quests and then spend it to make the city a habitable place. In short, Pocket City is a challenging game that has a lot going for it – constructing, demolishing, managing and a lot more. It is one of the best offline games for Android when it comes to city building simulations. If you pick it up, you will not be disappointed.

Timberman is the game that I am currently obsessed with. In it, you take on the role of a lumberjack. Your objective is to chop the wood while avoiding the branches with the help of an ax. The only issue is that there’s a timer running at the top and if you slow down to consider the upcoming branches then you will run out of time.

Think of it as the Flappy bird of woodchopping games. It’s frustrating but you wouldn’t want to put your phone down. Tiberman is a great offline Android game you must try.

Reigns is another popular game that I play a lot. You take on the role of a king with the objective of running your kingdom peacefully. The game has a tinder-esque mechanism where you swipe the cards left or right to make decisions. Each decision that you make affects an important aspect of the kingdom. The game ends when you’ve made enough wrong decisions to turn the crowd against you.

All three editions of Reigns are a perfect time waster.

Limbo is the epitome of minimal puzzle-platformers. In the game, you play as a boy who enters the limbo in search of his sister. The ominous black and white environment along with clever brain teasers and inventive physics-based puzzles manage to create a chilling atmosphere that guarantees hours of fun. This is one of the most interesting and best offline games for Android.

Table Top Racing is an amazing car racing game with console-quality graphics and intense gameplay. What makes it different from other car racing games is that it features toy cars instead of stunning real-world four-wheeler beasts. And, the racetracks include the kitchen, living room, backyard and a few more areas within the house.

This list is made up of the games that I have personally played over the years and believe to be the best offline games for Android. If we missed a game that you think deserves to be in the list, tell us in the comments below.