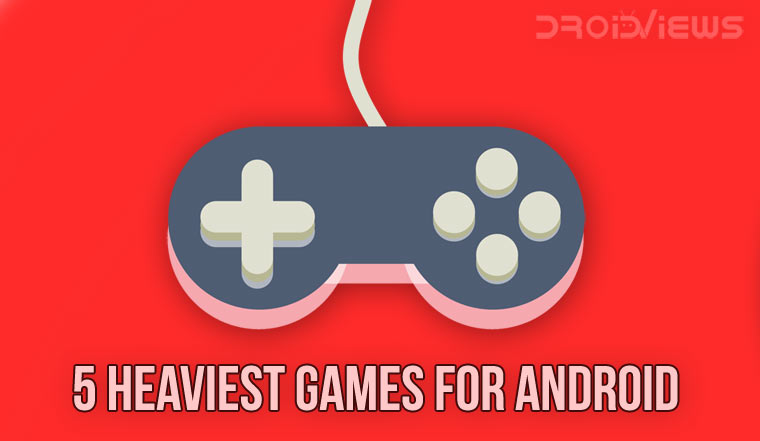 In the past, we published a number of lightweight games review articles but this time, we won’t be talking about any 5, 10,15 or 20-MB games but the ones that occupy GBs of your device’s memory. If you own a high-end Android phone which can handle games with heavy graphics easily, we have come with 5 of the best heaviest games for Android devices available at the Google Play Store.

When it comes to the Android platform, one can find tons of games on the Google Play Store to browse. However, trying all of them is not possible at one go. The game has to be of a smaller size before hitting the install button. After the complete installation, many of the games require additional data to be downloaded from their local game servers. So it’s a must that our readers won’t pull up the wrong files from the servers and compromise that free internal storage space and mobile data. In this article, we will lay down our 5 best heaviest games for Android that have been specially handpicked just for you.

Asphalt 9: Legends is the best heaviest games for Android. The game is the successor to Asphalt 8: Airborne which was first launched way back on August 20, 2013. Being available on both Android and IOS platform, the game has crossed 10 Million active downloads on Google Play store. The legends, hands down offers the best visual experience compared to all the games falling under the racing genre. The high-quality car renders, and graphics equipped with the reflections make the game stand out.

The vivid colors of the cars on the screen make any racer go wild about the ride to pick for. Racers have to drive through the falling rocks of Himalayas to that of going through the tornados of the United States. Compared to the Asphalt 8, the legends offers much better and smooth controls.

Talking about the controls, there is a new option known as Touch Control. It lets the racer to swipe through the screen to avoid obstacles and jump through the ramps, just like in the Subway Surfers. Acceleration and turning of the cars are done by the game automatically same as it was on Asphalt 8. It’s in the player’s decision whether to turn on nitro, drift or perform stunts by tapping on the screen.

Gameloft has made a significant improvement in the visuals and as well as in the game modes. The total size of the game after the complete download and installation is 1.6 GB, however, it seems to be increasing with every new update. Anybody with free space of around 2 GB can straight away install the game from Google play store for free. In-App purchases include acquiring cars, upgrades, and blueprints. Mentioning about the battery drain and thermals, we have noticed a serious battery drop. In 40mins of gameplay, we observed a decrease of 31% from battery juice on the OnePlus 6T.

Currently, there are only a handful of cars to choose from in the game. It is a let down for the players who tend to be enjoying their race with different supercars. Not only the cars, the tracks too have received a significant improvement. Asphalt 9 tracks seem to be way more realistic than any other racing games yet available. We recommend Asphalt 9: Legends to be the best racing titles of 2018.

At this point of 2018, there is no one who isn’t aware of the game PlayerUnknown’s Battle Grounds. PUBG Mobile received the world’s best multiplayer game award of 2018. Bagging the first position from the listed nominations which included Fortnite, Destiny 2: Forsaken, Sea of Thieves, Call of Duty: Black-ops 4 and Monster Hunter: World. Initially, the game was first released for Microsoft Windows platform (Steam) on December 20, 2017. The same month it was made available for Microsoft Xbox One under its game preview program and was officially launched on September 2018.

The best thing about PUBG Mobile is that it looks as stunning as the PC version of the very game. And that’s why it has won a place in our list of one the best heaviest games for Android. Without compromising the graphics and the in-game screen estate user experience on the small screens. The final size of the game is over 2.5 GB after downloading all the maps currently available (Miramar, Erangel, Sanhok). New Vikendi (snow map) is all set to launch in a new update for a whole new battle royale experience.

The game is free to download on Play store, however, in-app microtransactions can be made under the shop section. Transactions include purchasing new weapons, outfits, skins, crates etc. The thermals and battery drain seems to be normal considering the amount of game we played. With a 50% of battery left one can play 3 games in a row with juice still left for your daily tasks in High graphics settings.

PUBG Mobile requires a steady Internet connection throughout the gameplay until the game is won, being the last man/team standing.  We have special tips for PUBG Mobile players which can increase the kill count, check out here: Top 10 PUBG Mobile Tips and Tricks.

The battle royale introduces various new weapons for the players to kill for like the M416, VSS, Ump9, Kar98 etc. By the way which weapon combination helps you to get a chicken dinner? let us know in the comment section.

To be honest, the first part of the Into the Dead was my favorite game which I personally loved to play a lot. With the second iteration of the sequel, Pikpok has made a significant change under its hood. There is a lot of improvements in the graphics and as well as in the gameplay. Its one of the best auto-runner zombie apocalypse game available on the store. Into the Dead 2 promises to deliver the best zombie survival experience for the players. The game bags the editors’ choice on Google Play with active downloads crossed 10 million users.

Unlike the first game of the sequel, part 2 offers much more guns and survival experience before the zombie feast upon you. In a dark/low lit room with ear-phones, all plugged in can spook you out well. One can kill the upcoming zombies on the way with many ways, ranging from knives to powerful shotguns. No wonder why the game has 17+ age group ratings due to is disturbed killings. What really impressive in the gameplay is the introduction of K-9 companion along with the player. For those who are not aware of k9 (it stands of canine which could be the breed of dogs, wolves, foxes etc).

The game is available for free to install and one can spend money on the in-app purchase. Adding to it, Into The Dead 2 offers smooth minimalistic visuals and simple controls to survive the apocalypse. Thermals and battery drain is very optimized and does not list as having a battery drain issue.

The game can be played completely offline as well, which we think is a plus point. After completing half of the game objectives. The total size of the game increased from the initial download size of 772 Mb to 1.1 GB and that makes it one of the best heaviest games for Android. So what you are waiting for, isn’t it the right time to kill some zombies in the dark?

[googleplay url=”https://play.google.com/store/apps/details?id=com.pikpok.dr2.play”]
You may also like 5 Simple Android Games to Pass Time

Amongst all the games listed in this article, Mortal Kombat X is the most nostalgic one. The game delivers a rich fighting experience which is enjoyable for an old series fan to a new player at the same time. What makes this fighting game experience richer is the responsiveness nature of the game. Kombat X was developed by NetherRealm Studios and successfully published by Warner Bros. They know exactly how to make the fighting experience more immersive for sure.

Talking about the In-game controls, a majority of the fighting is done via the touchscreen inputs. Which includes:

The gameplay has a handful of disturbing visuals while taking down the opponent. That is the reason behind why its rated as 18+ (extreme Violence) on Play Store. Kombat X also packs character customization options, which is unlocked by winning the fight battles.

Mortal Kombat is available for free of cost to download the app via Google Play-Store. It also offers team building and can be used build up the energy of both the teams. This energy is a unit with which a player can make progress in the game. Mortal Kombat X is of 1.60 GB initially and with the added data it consumes around 2 GB of your internal storage. The thermals and battery drain can be termed as average, don’t forget to take your power brick while trying this one.

The best thing about the BIA 3 is that its a 3rd person shooter game. Unlike the Call of duty or battlefield series, this game exhibits immersive battleground experience on a small screen. Gameloft developed the game to deliver a world war 2 like experience throughout the game. Especially liberation of Europe has been emphasized, however, the story is not as impressive as the other game titles of the same genre.

The menu navigation is very simple and fairly simple controls altogether. The gameplay feels smoother and the WWII timeline matches perfectly blend in with the visuals. The time span for weapon upgrades is a little slower than it is for in the other games like modern combat. There is an option to create a squad and with your “brothers” and to control it.

Brothers in Arms 3: sons of war is a freemium application and one can install it right away from the store. The initial size of the game when we hit the install option is 48.78 MB only, however, the game downloads additional data from Gameloft’s game servers. The final internal storage size it consumes is around 850 MB +. The game delivers great texture, in-game reflections and vivid true experience of the battle.

The device heats up when the game is played over an hour and the battery drainage also increases with the heat. We recommend not to put tight cases (ex: Spigen) on the device while playing the game. Covered back cases trap the heat produced by the GPU, which affects the performance of the device in a longer run.

Actually, I planned to feature 10 games here but to stop this article from becoming too long, I wind my list of the best heaviest games for Android devices. Cheers! 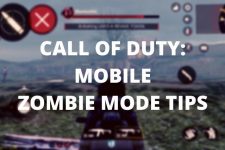 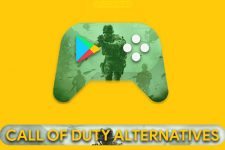 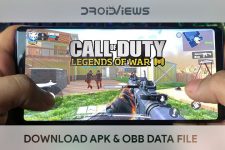