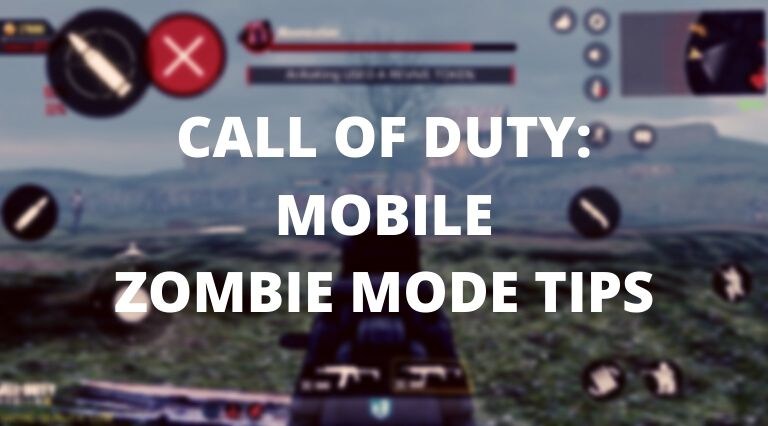 Call of Duty: Mobile recently received an update that brings the awaited Zombie Mode. To help you come out on top every round, we’ve created a list of the best Zombie Mode tips that you must know. Using these tips, you would be able to survive for longer and even take the top spot in the squad. 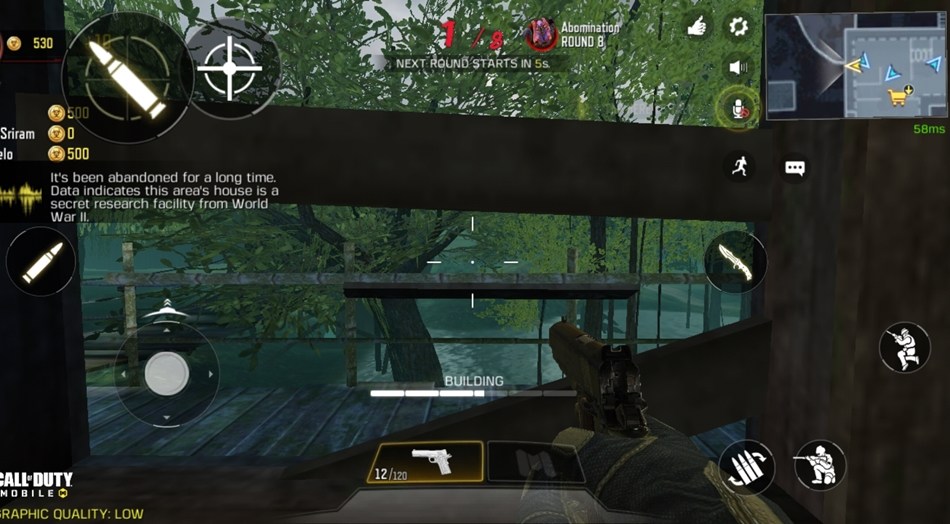 This is one of those zombie mode tips that must not be forgotten. Most players might ignore this and concentrate more on killing the zombies. However, fixing the barriers at entry points would give you an ample amount of time to recover your health and stock up on ammo. Thus, you would not have to engage with zombies right away. And your team would benefit from it as well.

Having an automatic rifle is the best way to go in Zombies mode. AR guns deal a lot more damage than pistols or SMGs. Thus, always choose to go with an automatic rifle for the best chances at survival. In zombie mode, it does not really matter which AR rifle you choose to use, as long as you keep slaughtering the zombies. Moreover, the shotgun isn’t that useful after the first few waves. So we’d suggest ditching the shotgun if you buy it during the first few zombie waves. Nonetheless, my personal favorite gun in Zombie Mode is the BK 57.

This is one of the most powerful automatic rifles and is most effective against the zombie boss. It can be picked up from the gun spots in the Zombie Boss arena.

There’s a condition to this. However, melee is extremely useful especially in the first couple of zombie waves. It helps you save a bit of ammo and is perfect for killing zombies near you. The more ammo you save the better weapons you can afford to upgrade to later on in the game. Melee also deals a good bit of damage, thus you can eliminate more zombies early on in the game.

Use the Buff Machines 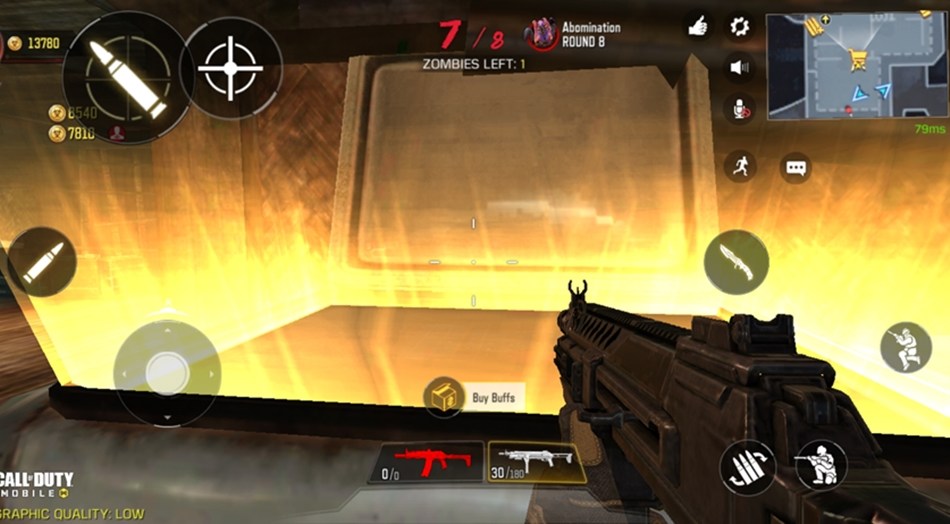 You might completely forget to use the Buff Machines while engaging with zombies. But this is something you should spend your Zombie Points on. The Buff Machines gives you access to certain ‘performance/tactic’ boosters. This includes the ability to deal more damage and even allows you to escape from the zombies quicker. You can equip only 3 Buffs. So choose your Buffs wisely and don’t forget to upgrade the buffs. You can max the Buffs out at level 5, therefore, collect Zombie Points and make sure to level up the Buffs.

Holding a corner to kill zombies might work out for the first 2 rounds. However, this would turn out to be a poor strategy later on in the game. Being cornered with a bunch of zombies around you would surely get you knocked down. Thus, the best thing to do is to change your position every few seconds. This would not give the zombies a chance to surround you from all sides and it’s a Zombie Mode tip you must remember.

Aim for the Boss’s head 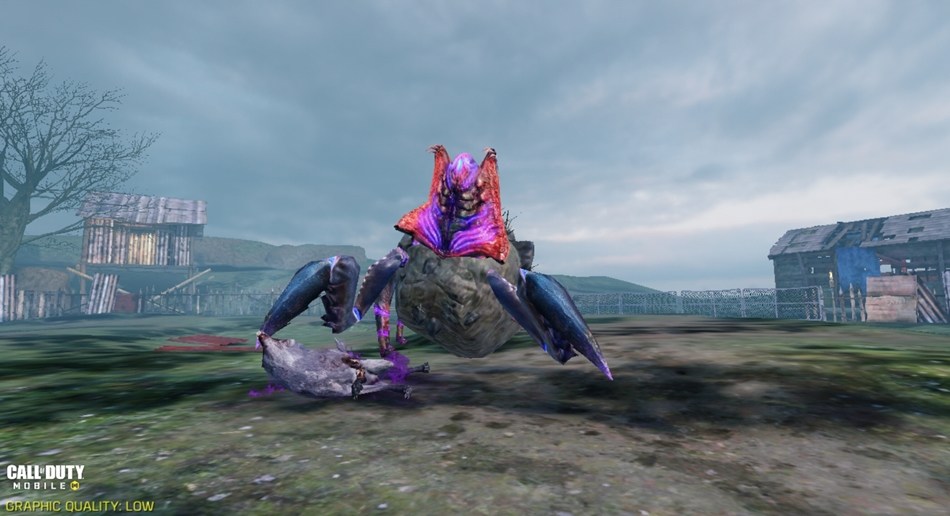 Out of all the zombie mode tips, this one is the most useful since it would help you kill the final boss in the Normal Raid mode. When the monster opens its gigantic mouth, that is the perfect spot to shoot at. Every shot that you connect on the head or face of the monster deals more than double damage. Thus aim for the head at every chance you get. Moreover, it’s always a wise idea to stay as far away from the Zombie Boss. Especially since it is a lot faster than you.

Make use of the traps

There are several traps in the game that you could use to kill the zombies. As you run around the map trying to kill zombies, you would notice a few red boxes. These red boxes are activators for the traps. Of course, you would need to save up a Zombie Points to use these traps. Our favorite trap is the huge spiked rotating log that completely annihilates the zombies.

The key to using the traps is to carefully lure all the zombies and activate the trap at the right time. You would absolutely have to use the traps to kill zombies in the later stages of the game. Especially when playing Survival mode since the zombies at higher stages have an insane amount of health. Therefore, using the trap will help you kill more than a dozen zombies if timed correctly. 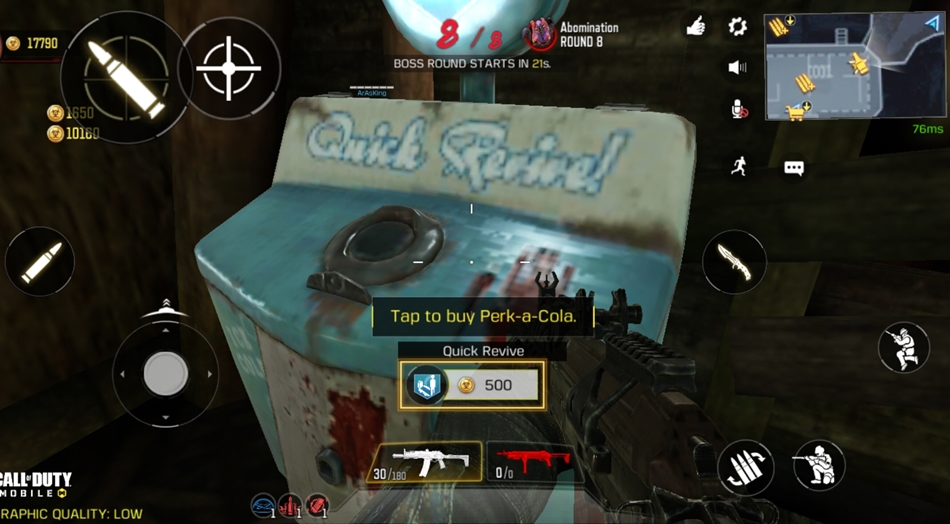 The Perk-a-Cola machines in Call of Duty: Mobile are present in a few spots on the map. The first one is located right in the starting room behind the stairs going down. From this, you can get the quick review perk that allows you to almost instantly review your teammates. And if you’re playing solo, then you can review yourself quicker as well with this perk.

Deadshot: As the name might suggest, the perk boosts your accuracy by focusing the aim-assist on the head of the zombies. Thus, you would be able to kill zombies a lot quicker if you try and position your crosshair at the head level. Moreover, this perk would also target your melee attack towards the face/head of the zombie.

Double Tap: This perk simply increases the firing rate of all the weapons. It’s extremely useful in the later stages of the game since you would be able to deal more damage in a short amount of time.

Double Tap 2.0: Well, this is somewhat of an upgrade to the regular Double Tap perk. It increases the firing rate drastically and also deals more damage to zombies.

Electric Cherry: The Electric Cherry is another extremely useful perk. It creates an electric shockwave around you when reloading your weapon. This shock stuns any zombies in close proximity giving you enough time to finish reloading.

Juggernog: This perk boosts your max health from 100 to 250. Thus, you would be able to hold up longer against zombie attacks.

These are the few crucial zombie mode tips you must know to survive the longest and even deal the most damage. What tip did you find the most useful? Let us know in the comments below. Also, feel free to give us some of your own Call of Duty: Mobile Zombie Mode tips.