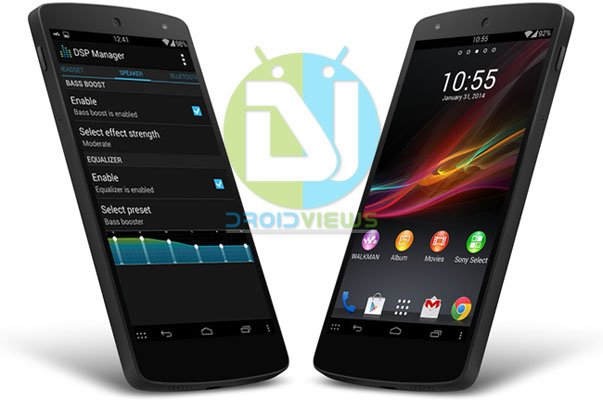 The LG Nexus 5 is definitely one of the most popular smartphones. The device is seen as an epitome of the pure Google experience and as a Nexus flagship, enjoys the privilege of housing the latest version of Android. While the features and specifications of Nexus 5 are pretty good at the price it comes with, there are still a few things about the device that are have failed to meet our expectations. Personally, I do not like the Google Experience launcher that shows very big icons in the app drawer and does not allow to make folders in the drawer. I find it hard to tolerate the mess on my N5 and have to rely on a 3rd party launcher app like Nova and Apex.

Another irritating thing about the Nexus 5 is the low volume and average audio quality while playing music and video files. Yet another department where Nexus 5 disappoints is the low quality of the images of the stock camera. Thanks to our developers that we now have a camera mod for the Nexus 5 that significantly improves the picture quality.

If you agree to the points we mentioned above, you must be looking for some working solutions to overcome such issues on your Nexus 5. And if you have a rooted phone, it’s time now to say good bye to experience something awesome. Today, we are going to share two special goodies with you that will change the way you use your Nexus 5:

Both the mods for the Nexus 5 have been made by auras76 from XDA. So, all due credits and a thumbs up to him!

If you have not rooted your Nexus 5, we have a very easy-to-follow tutorial for you:

The screenshots will show you what apps and features you will have on your Nexus 5 after flashing the mods.

Having downloaded the mods, it’s time to install the Xperia Z launcher, apps, widgets and Xloud Beats Audio on Nexus 5.

When your device boots up, you will have the following new apps in your Nexus 5: