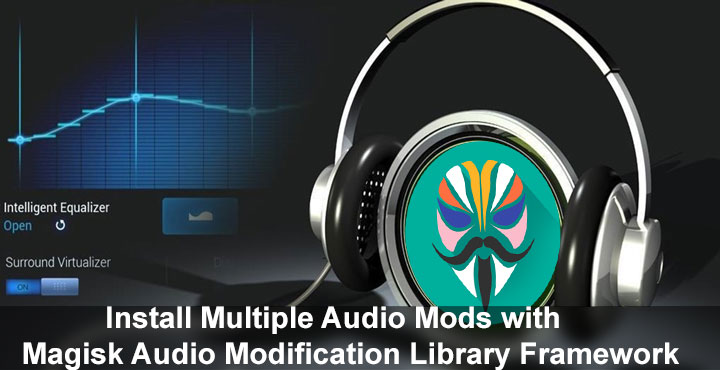 On Android, you will find a variety of Audio Mods each with a different take on how to better improve the sound that comes out of a device. Some of these audio mods are universal, i.e. work with every smartphone running a particular version of Android, while some are device or ROM specific. Also, these mods might be dependent on making changes to the same library files. This means if you install more than one audio mod, there’s a good chance it will result in a conflict breaking one of the two or both. But what if you need the best of both worlds? Or the best of three or four worlds? XDA senior member ahrion came up with a solution to that with his Magisk Audio Modification Library framework.

The Audio Modification Library Framework does not do anything in itself but provide a base for other developers to build their audio mods on top of. This means Magisk modules built utilizing the AudioModLib framework only will work without conflicting with other mods.

Also read: Get Instant Song Lyrics on Android with QuickLyric

ahrion also provides a few audio mods built on his Audio Modification Library framework. You can download and install them just like you installed the AudioMofLib module, that is, like any other Magisk Module.

Don’t miss: Some Magisk Mods to Get You Started

ViPER4Android: We have talked about Viper4Android quite a lot here at DroidViews lately. This is a Magisk module, hence you can install it systemless-ly even with other audio mods without creating a conflict. What’s better than having your favorite audio mod along with the level of control V4A provides?

Zirene Sound by AM3D: AM3D Zirene Sound was originally a feature on the Sharp ROM. Not to be confused with, Sharp the Japanese OEM, mostly unheard of in the international market. Having used Zirene Sound by AM3D first hand, we can say it is one of the best audio mods that you can have, and pair it with V4A, you are almost a sound god.