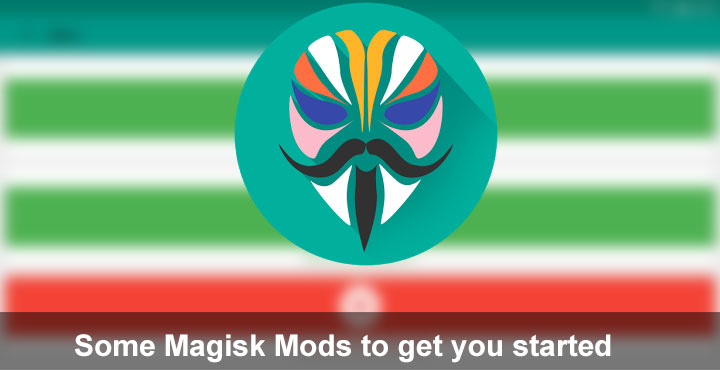 We recently covered Magisk, what it is and you can use it. If you managed to get it installed on your device, you might also be looking for modules to install and see what lever of control can Magisk provide compared to Xposed. While there aren’t as many Magisk mods currently as we’d like but there are quite a few. If you’re looking to get started though, here are a few of them that you should give a try.

Installing Magisk modules can render your device useless if anything goes wrong. DroidViews takes no responsibility in such cases. We’re only listing some mods here that we know work, but there’s always a possibility it might not turn out as good an experience for you. Proceed at your own risk.

If the name didn’t already make it clear, App Systemizer turns apps that you install into system apps. This has its benefits depending on the app. For instance, you can download the Pixel Launcher from the Playstore and turn it into a system app to get Google Now integration. The same holds true for Action Launcher.

Once again, the name should be self-explanatory. This mod systemless-ly installs Viper4Android, one of the best sound mods available for rooted Android devices. You can check out our guide to install Viper4Android on any Android Nougat device as well.

AM3D Zerene is another sound mod that’s actually very impressive. While it doesn’t offer as much granular control over your device’s audio as Viper4Android, it still packs in some nice controls and features that are easier to use than Viper4Android. If you’re not a serious audiophile and just want an equalizer for your device that can take advantage of the power of root, be sure to try out this one.

This mod simply enables WiFi and USB tethering on devices in which it has been disabled by the OEM. Because some OEMs love disabling features.

Enables write SD card write access for apps on Android Nougat by default. Usually the user has to grant permissions for every app and some apps simply don’t work. This mod can come in handy in those situations.

Installs Google Dialer on non-compatible devices systemless-ly, making it work just as it works on Nexus or Pixel devices.

The name says what you need to know already. This mod turns the transparent white dock background of the Pixel launcher into a completely transparent dock. Assuming you have the Pixel Launcher installed.

Even more, such modules can be found in the Downloads section on Magisk Manager. Be sure you know which one to play around with. If things go wrong your device may not be able to boot.