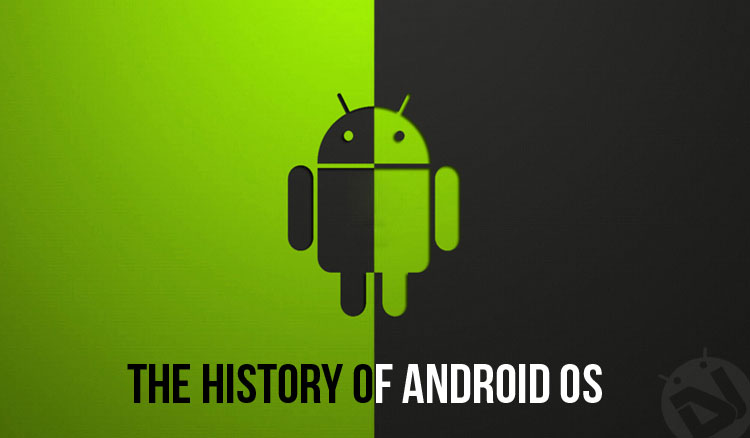 Since the IT revolution began, many operating systems have developed and used for different types of devices including computers and phones. When it comes to phones, there have been all kinds of mobile operating systems, ranging from the most basic ones to the most sophisticated modern operating systems designed for the powerful smartphones available today.

It was the Palm OS as one of the earliest mobile OS’, which was launched in 1996, then the Windows Pocket PC released in 2000, followed by Blackberry OS and then the revolutionary Android platform. Android has emerged as the most widely used mobile OS in current use. What makes it unique is that it is much more than just an operating system. IT also includes applications and middleware. This essay explores the history of the Android OS.

Android Inc. founded in 2003 in Palo Alto, California. It established by a team comprising of Andy Rubin, Nick Sears, Rich Miner and Chris White. Google acquired the company in 2005, which lead to the platform’s further evolution on the global platform.
It initially developed with the goal of providing a sophisticated OS for digital cameras. The efforts later redirected to create a Smartphone operating system. Windows Mobile and Symbian were its primary competitors.

Google acquired Android in 2005 and unveiled it in 2007. It also founded the Open Handset Alliance, a group of companies that promoted open standards within the mobile device domain. The first commercial Android device launched in September of 2008. Since then the mobile OS has seen various versions to reach the current 7.0 Nougat, which initiated in August of 2016.

The history of Android OS is marked by its development over the years in the form of its various versions. The different versions of this mobile operating system and their critical features are as following:

Android v1.0 released in 2008 pioneered how to deal effectively with notifications. Its pull-down notification window was a revolutionary addition. The current Google Play Store first introduced in version 1.0 as the Android Market. It also allowed the use of home screen widgets, something the iOS platform has not yet been able to include.

This version of Android launched in 2009. It is the first Android version to have an on-screen keyboard. It also allowed third-party developers to develop and add widgets by opening the widgets SDK. Android Cupcake also allowed video captured for the first time on the platform.

The version 2.0 was also launched in 2009 and introduced many significant changes. In fact, it was the first mobile OS to come with Google Maps Navigation. Voice guidance and turn-by-turn navigation are some of the features introduced in Maps in Android 2.0 that continue to be in use still today. Google provided these features for free compared to paid offerings from the competition. The internet browser supported HTML5 in Android Eclair.

Android version 2.2 released in 2010 on the Nexus One device. This version refined the Android experience. Five home screen panels introduced in place of earlier 3. This version also added the mobile hotspot support and PIN lock screen.

Version 3.0 released in 2011, and it was designed keeping in mind the needs of tablet users. Many of the designs from Honeycomb have been retained in the current versions too. Android began showing previews for each widget, which was a major concern with users in the earlier versions.

One of the biggest changes in Honeycomb was that the virtual buttons replaced the physical button. Home, menu and back buttons became part of the software. Google also switched Android’s highlights from green to blue.

The Ice Cream Sandwich carried over many of the features of Honeycomb. The legacy of the virtual buttons brought forward, and the interface became even more refined. Google released many other new small features in the update including face unlock, calendar and mail apps, and data usage details.

Android Jelly Bean released in 2012. It maintained most of the visual features from its predecessor, but there were important underlying changes. Google Now was introduced, and users could open it with a quick swipe. Emails, calendar events, and weather reports brought on the same screen.
It was also the first time when Google laid the foundations for its future digital assistants. Project Butter significantly improved the mobile OS’ touch performance. It involved developing the buffering graphics of the headset. Some of the other improvements in Android included better font, more flexibility with the widget, and expanded notifications.

Android version 4.4 was released in 2013 and introduced many big improvements and features. In fact, it accounted for a major aesthetic update to the mobile OS. The blue highlights in the Ice Cream Sandwich and Jellybean gave way to more modern and refined white highlights. The focus switched to lighter color scheme across many elements. Other new additions included the “Ok, Google” command to launch Google Now, an improved phone dialer, the Hangouts app, and full-screen apps.

Don’t miss: How to Block System-wide Ads on Android without Root or Battery Drain

All these different versions sum-up the history of the Android OS. Today, the success of this mobile OS can determine by the sheer size of its user base. Google Play Store, the official store of Android applications, features more than 2.7 million apps. The secret to Android’s success lies in the flexibility it offers and its key features.