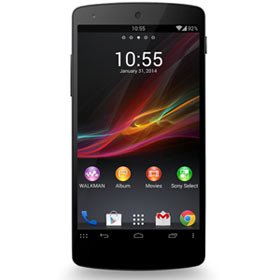 We all were very excited when Sony previewed the Sony Xperia Z2 which is the successor to the all famous Sony Xperia Z1. People loved its user interface and its lovely system apps. The new home launcher is very cool and not to forget the famous Sony Walkman music player, which has been a dream to many. The wallpapers were mesmerizing and pleasant as well. Well, you also might have wished if you could have those apps.

Guess what, people at xda-developers.com have done it for you. Xda recognized Jishnu Sur™ has ported all the system apps of the Sony Xperia Z2 even before it is launched worldwide. Not to forget Xda Recognized Developer Doomslord who actually got the main system dump of the device without which these ports would have been impossible.

Now, if you are a Nexus 4 or Nexus 5 owner you should be really happy as these apps are specifically tailored for them. Now lets go ahead and read the features & changelog of the port.

Disclaimer : Neither droidviews.com nor the developer is responsible for any bricking of your device.  Before flashing anything on it, make sure you make a Nandroid backup of the Current Rom or setup.

Source: Most of the ports and mods are created by the users of xda-developers.com and this is no exception. You can Click Here to visit the source of the mod. Its always appreciated to press the “Thanks” Button and to donate the developer for his hard work.