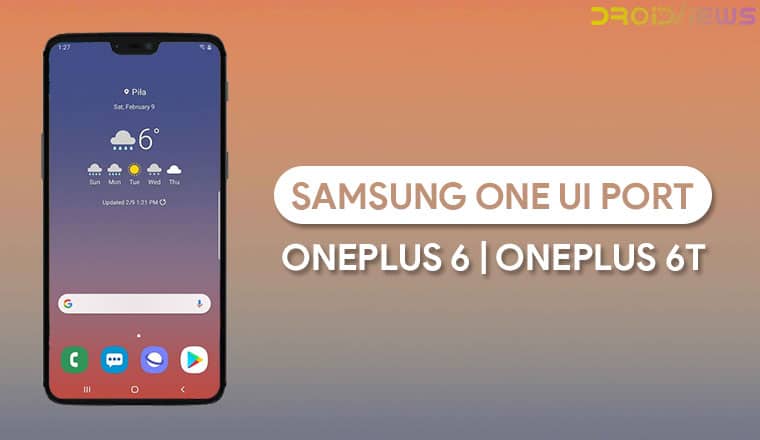 Samsung’s Android Pie update may be late to arrive but the company has made sure it was worth waiting for. Samsung has optimized their version of Android Pie for tall screen devices which are quite the rage these days. On the other hand, we have the OnePlus 6, a device that has already received its official Android Pie update and then some. While most Samsung users still wait to get their hands on One UI, ProtoDeVNan0 has brought a Samsung One UI port to the OnePlus 6/6T. Keep reading to enjoy Samsung One UI Port on OnePlus 6 or 6T.

ProtoDeVNan0‘s Samsung One UI port is based on the stock Samsung Galaxy Note 9 firmware (N960USQU1CSAA). It has been debloated like any other ROM port usually is. Most Samsung features such as the Always on Display, Night Mode, Samsung apps, full-screen gestures, etc. all work. However, the current build is far from something that most people can use as a daily driver. Unless you have a OnePlus 6 lying around as a secondary device you hardly use you will want to skip installing this port right now.

The Alert slider doesn’t work, obviously and it probably never will. That’s a minor issue though compared to everything else. Other broken functions include the mobile network and thus calls, auto rotation toggle, fingerprint scanner, vibrations, camera, and Samsung cloud. The brightness slider is also a bit buggy at the moment and goes from 50% to 100% (and vice versa) pretty quickly. The developer is working hard at fixing these bugs and claims this port to be his priority. Although he also mentions that Samsung’s ROMs are some of the most secure so the fixes might not be coming anytime soon.

As for what you will get with Samsung One UI, it includes new One UI icons, wallpapers and a completely overhauled redesigned of the interface. It makes using huge touchscreen displays easier to use with one hand by bringing all the interactive elements towards the bottom. The upper part of the screen is reserved as the viewing area where you can see information which doesn’t need to be touched. Apart from that, there’s an in-built- dark theme finally so you don’t have to go looking for hacks.

Must read 10 Samsung One UI Features You Should Know About

How to install Samsung One UI port on OnePlus 6 / 6T