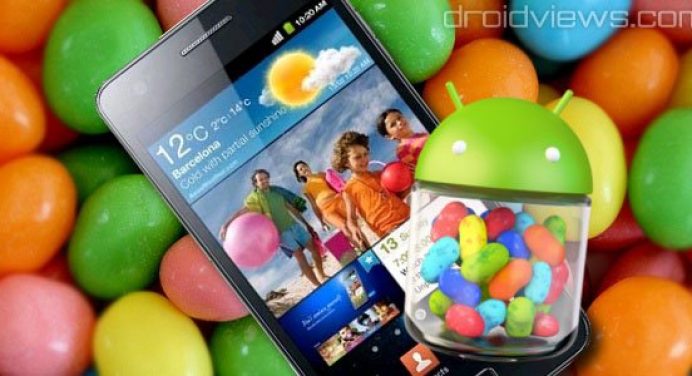 We have finally a piece of good news for the Samsung Galaxy S2 owners that will certainly give them a reason to smile. The officials at Samsung have now confirmed a  proposed Android 4.1 Jelly Bean update that will hit the Galaxy S2 very soon. The South Korean mobile giant seems to be in a fit of action these days and has been in the news for quite some time. This began with Samsung’s losing the patent case against Apple, then setting a new landmark in record sales of its flagship device Galaxy S3 followed by an explicit ad that directly targeted the new iPhone. According to the Facebook page of Samsung Sweden, the Galaxy S2 Jelly Bean update will start rolling out pretty soon.

And now they have taken us by surprise by announcing the Jelly Bean update to the Galaxy S2. Who expected this? The good old bestseller for Samsung, Galaxy S2, is indeed a lucky device to see three Android OS versions, namely Gingerbread, Ice Cream Sandwich and now Jelly Bean. The Android 4.1 JellyBean update for Samsung Galaxy S2 should be available OTA and via KIES in a couple of weeks (in fact, “soon” is the correct word!). Here is the list of devices that have been reported to get the JB update: 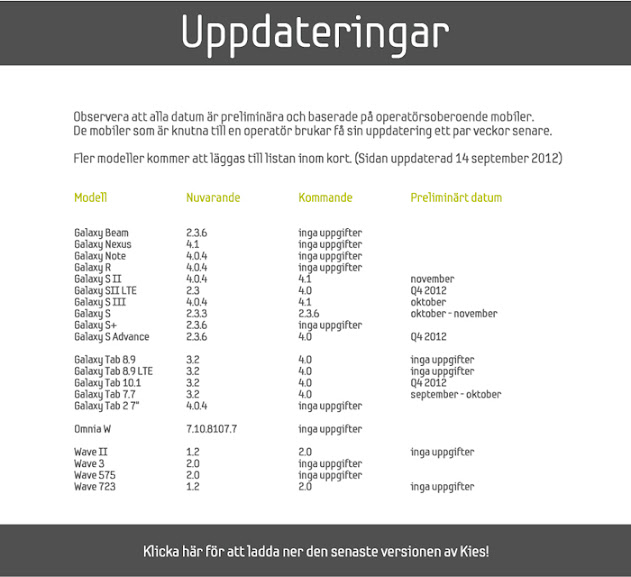 Android 4.1 JellyBean update for the Galaxy S2 will bring a few performance improvements and minor user interface changes, a redesigned keyboard and improved functionality for NFC (Near Field Communication) connections.

If you are so eager to have Android Jelly Bean on your Samsung Galaxy S2 and do not have enough patience to wait for the firmware update, you can flash a custom Jelly Bean ROM. Visit our best ROMs post to find a good one for you: Best Custom ROMs for Galaxy S2

Update: Samsung Sweden has updated the proposed date of Android 4.1.2 JellyBean release for the Galaxy S2. The official page now says it will come out sometime in December.

Must Read for You: