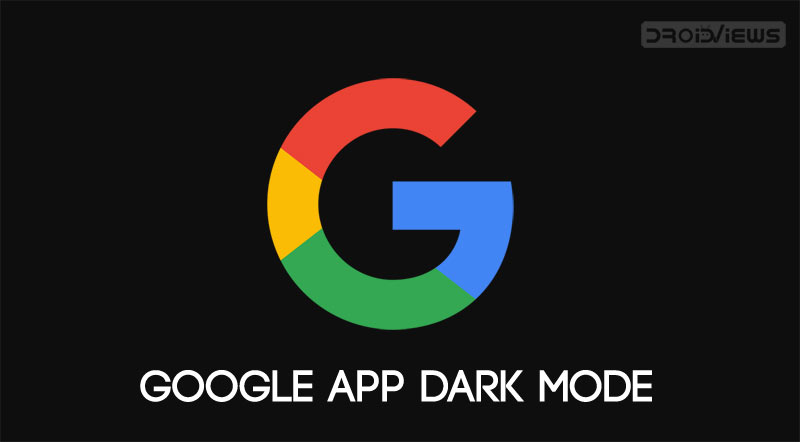 Although Google has started rolling out the Dark mode features for most of the users, yet the rollout wasn’t done in a staged manner. Some apps like Google Keep has very smoothly integrated the dark mode in its app, but the same can’t be said for numerous others. Google apps such as Gmail, Photos, etc. all received updates in a phased manner. Being a server-side update, only a bunch of users were able to get the update in the first place. And now it seems that the Google App is also following all the same lines. Download the Google app APK with dark mode from below. 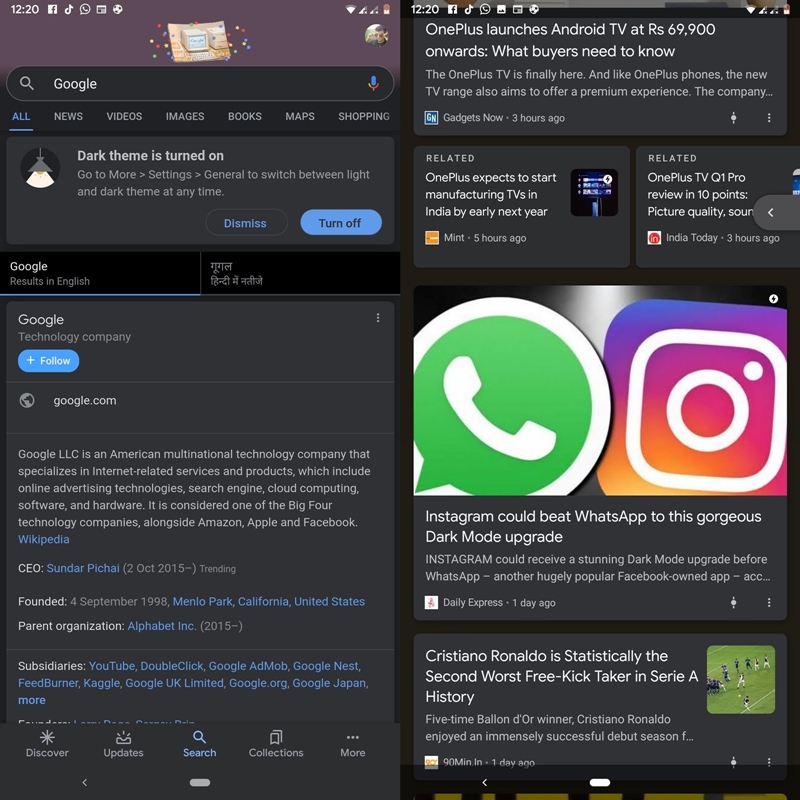 Again, this update is not only limited to devices running the latest Android 10. I received the Google app’s dark mode on my device running the stock Android 9.0 Pie. So as with other updates, the Android version doesn’t make any difference. One thing, however that may make a difference, is whether you are enrolled in Google’s beta-testing group. When you join this group, then you would be receiving various updates much earlier than other users. But it may take a toll on the app’s stability. So make your decision accordingly and download the Google app with dark mode from the below section. Moreover, Samsung users don’t forget to check out 13 best dark Samsung One UI themes.

Google App with the dark mode is available on version 10.65.8.21. Everything, right from the home page to the Settings menu has been turned black. Moreover, I didn’t notice any stability issues until now. So I guess it is only a matter of time before Google rolls it out for the general public as well.

One thing to keep in mind is that once you install the APK, the dark mode would automatically be enabled. If, for some reason you wish to turn it off, then follow the below steps. 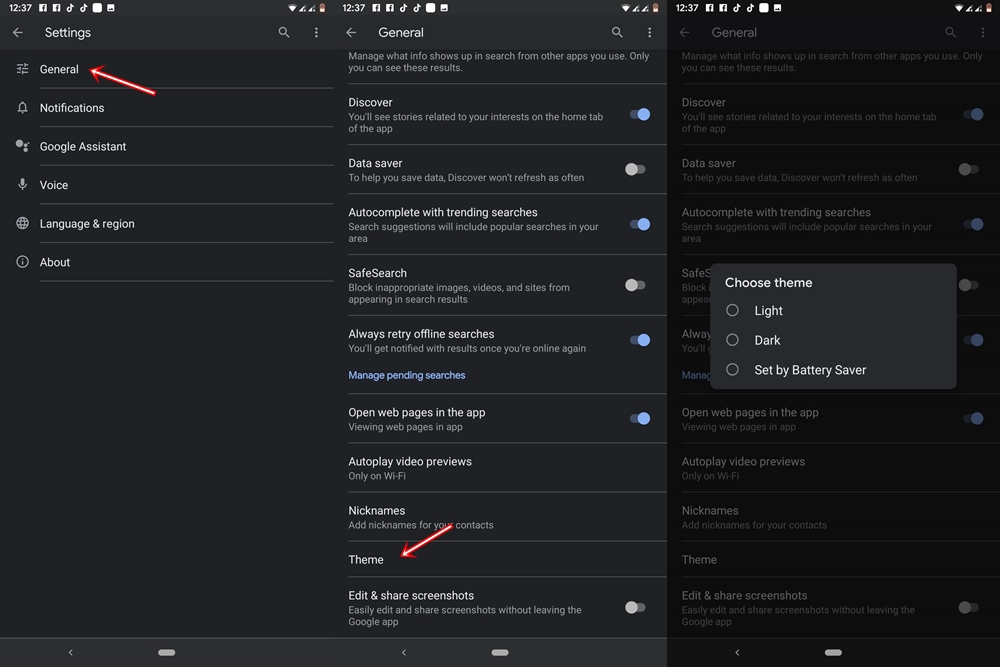 Moreover, is not the only change that Google has introduced. When you open the app, then beneath the search bar, you will see various tags. Sadly, these tags aren’t curated based on your frequent and recent searches. Rather they show the most popular tags for the general public. For example, it will show tags related to videos, cool photos, new songs, love.

Since my taste is mostly based on tech happenings around the globe, these weren’t of much help to me. But it may definitely come in handy for others. With that said, here is the download link for the Google app with dark mode enabled.

Were you able to get the Google App with the option of enabling the dark mode? Moreover, Are you getting irritated with this server-side update from Google? Do you think the idea of side-loading apps should be sufficient even for normal users to enjoy the new features? Do let us know your views in the comments section below.