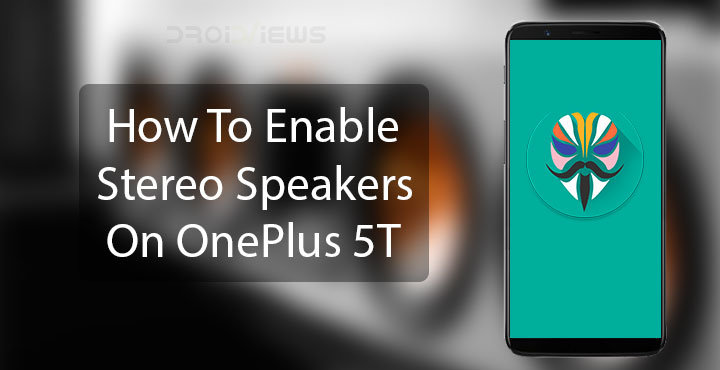 The OnePlus 5 mod made the earpiece act as a speaker and lowered the volume through the main speaker to match that of the earpiece. The result, a richer, better audio experience compared to a single loudspeaker. This mod was originally created for the OnePlus 3T by magura320. It was then ported to work with the OnePlus 5 by another XDA dev ram4ufriends. Now, that mod has once again been modified to work with the OnePlus 5T. This time by XDA senior member andrizmitnick. He has replaced the file named mixer_paths_tasha.xml in the mod for the OnePlus 5 which is what it’s all really about. You can manually replace this file found in /syste/vendor/etc/ if you want to.

However, andrizmitnick has created a Magisk module to make the process easier. Using the Magisk module also gives you the advantage of not breaking the SafetyNet. This means you can still continue to use Android Pay and other apps that use the SafetyNet checks such as Snapchat and banking apps. If you haven’t figured it out yet, yes, you will need to have root access on your OnePlus 5T, and if you’re going with the module, you must be rooted with Magisk.

Warning: The mod makes changes in a system file named mixer_paths_tasha.xml so obviously it involves a certain amount of risk. That is the case with any mods that you install on your phone. Make sure you create a backup of your data, in case something doesn’t work right and you can’t boot up your phone. A NANDroid backup is best suited for such a scenario. As always, DroidViews does not take any responsibility if you decide to go ahead and fiddle with your device’s system files. The risk is your own to take.

You may also like: 70+ Xposed and Magisk Modules for OnePlus 5T

How to enable stereo speakers on OnePlus 5T

When you install the Magisk module you’ll find a new app in your app drawer called OP5TSpeakerCtrl. Using this app you can select one of two modes:

Furthermore, you can manually select between the two modes as and when needed. Alternatively, you can let the app automatically select one for you. This functionality is further divided into two modes:

Don’t miss: How to Restore OnePlus 5T to Stock and Relock Bootloader