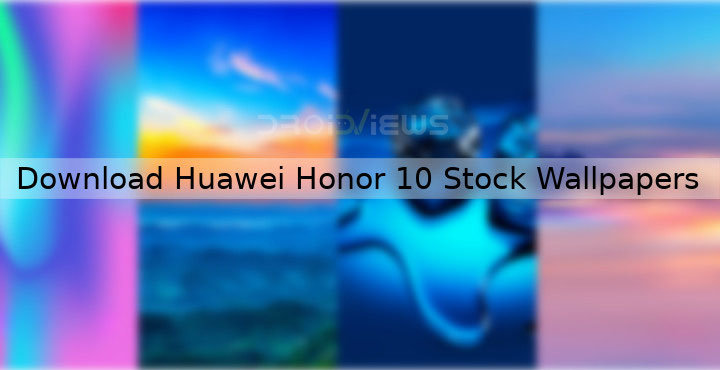 Huawei usually makes a lot of devices collectively under its name and under its sub-brand Honor. For every Huawei flagship, there is a lite version, and then Honor launches a phone with similar specs to the Huawei flagship. And then Honor floods the budget markets with Lite versions of that. Whatever it is, it is clearly working considering the drastic rise of Huawei in the smartphone world. The Honor View 10 was a cheaper version of the Huawei Mate 10 and Mate 10 Pro. So when the Huawei P20 was launched, it made sense to expect another Honor flagship. It was speculated and now it’s real. The company has just announced its latest budget flagship, the Honor 10. And of course, it comes with brand new stock wallpapers.

The Honor 10 was unveiled at an event today in China and has already been made available for pre-order. The Huawei P series has been known to be slightly less expensive than the Mate series. That is perhaps why the Honor 10 is priced slightly lower, albeit not as low as expected, at CNY 2,599. The Honor View 10 costs CNY 2,800. The 128GB version of the Honor 10 would cost CNY 2,999. Both variants come with the same 6GB of RAM, however. The Honor View 10 did hold onto its own design identity, instead of imitating the Mate 10. 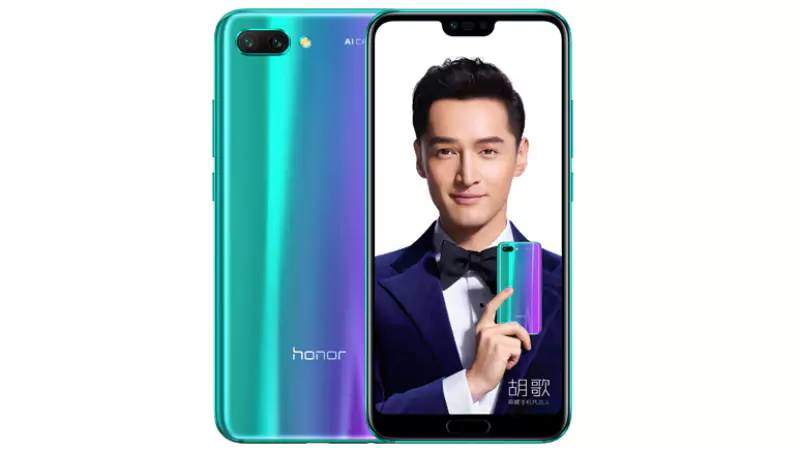 The Honor 10 though is clearly based on the Huawei P20 as evident from the top ‘notch’ imitation, if you know what I mean. Hono 10 is the first Honor device to feature a notch, despite several others already available with an 18:9 display. Although, the display on the Honor 10 is 5.84-inch Full HD+ (2280×1080 pixel) IPS LCD with a 19:9 aspect ratio. It even has a twilight colored back which I don’t think anyone will want to complain about. It will be made available in Black, Grey, Mirage Blue, and Mirage Purple. The Mirage variants are the ones with the twilight accent.

The device is powered by the Huawei’s latest homegrown HiSilicon Kirin 970 processor. It runs EMUI 8.1 atop Android 8.1 Oreo. All of this is powered by a 3400mAh battery with quick charging support. Honor claims the bundled charger can charge the device up to 50 percent in 25 minutes. The dual cameras on the back feature a 16MP color sensor and a 24MP monochrome sensor. Both these sensors are AI-powered, as the label on the back will let you know. The Kirin 970 does have an NPU so it only makes sense for the device to use it wherever it can.

Coming back to the stock wallpapers, the wallpapers are all available to download via a single link below. We’ve packaged them all in a zip to make them easier download. There are some heavily edited landscape shots, some macro shots, and some colorful designs. The zip contains 19 wallpapers all with a resolution of 2160 x 2280 px. 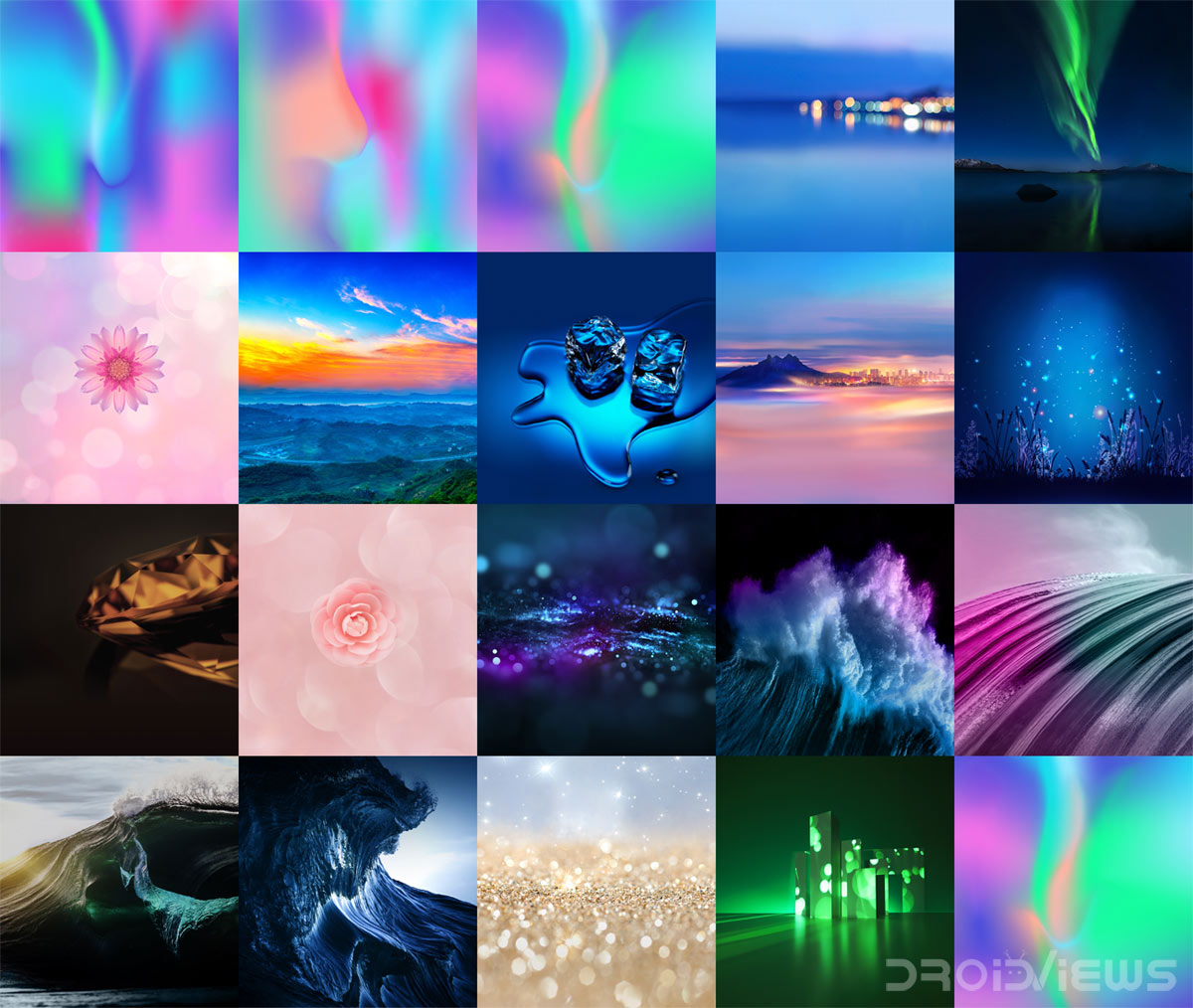 Update: Just added 4 more wallpapers from the Honor 10 LaMer theme. So, now the number of wallpapers is 19.