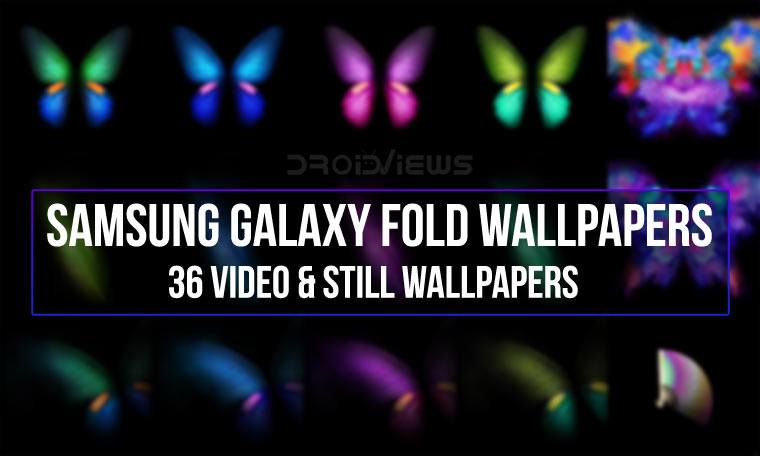 When Samsung announced the Samsung Galaxy Fold earlier this year, it wasn’t the first foldable device we had seen. Although it is indeed the first foldable device that isn’t just a prototype. The Samsung Galaxy Fold is clearly not for the common folks. You will have to spend nearly $2000, for a screen like that. You do not have to spend anything to get the wallpapers on that screen though.

We have the Samsung Galaxy Fold wallpapers available for download already. The stock wallpapers below also contain the Galaxy Fold butterfly wallpaper among others.

Unless you’ve been living under a rock you’ve most probably heard everything about the Samsung Galaxy Fold. Samsung has been developing this idea for a very long time and it’s finally a reality. While other OEMs that have shown us their versions of a foldable smartphone, it was simply to steal Samsung’s thunder.

But Samsung’s phone is real and it is ready to be in the hands of consumers, at least according to Samsung. The Samsung Galaxy Fold is expected to be released into the market on April 26th. A firmware from the device though has been leaked allowing us to get our hands on many things. One of those is, of course, the Samsung Galaxy Fold wallpapers. The phone will be available in the US and Korea in April, followed by some European countries in May.

We’ve already discussed the design of the phone in much detail while talking about the reasons why you shouldn’t probably buy the Galaxy Fold. It may have lost the MWC award to the Huawei Mate X but it is clearly the more practical of the two devices. The screen folds inwards which means the main screen is protected at all times. This also means though that Samsung has had to put on another screen on the back of the device so that when folded, it comes up in the front allowing one hand usage.

The way it folds also means that Samsung has had to put three camera modules instead of two in order to ensure users can capture selfies whether the phone is folded or open. It’s a complicated design choice, unlike the Huawei Mate X which simply folds from the outside. But it makes sure you don’t end up with scratches all over your display. Not to mention the plastic used to make flexible displays will definitely get scratched a lot more easily.

You can download them all one by one but keep in mind that these are JPEG versions. JPEG images, although still very high quality and in full resolution, are compressed images that lose some detail. The loss is very minimal but if you’re someone who is particular about it, you can also download the full-size PNG wallpapers from the link provided below. The zip file linked below the wallpapers contains all 32 stock wallpapers and 4 video wallpapers from Galaxy Fold.

The wallpapers that you see below in uncompressed PNG format. Downloading the Galaxy Fold wallpapers zip file also makes it easier to download all of the wallpapers at once instead of individually downloading all of them one by one. 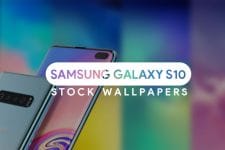