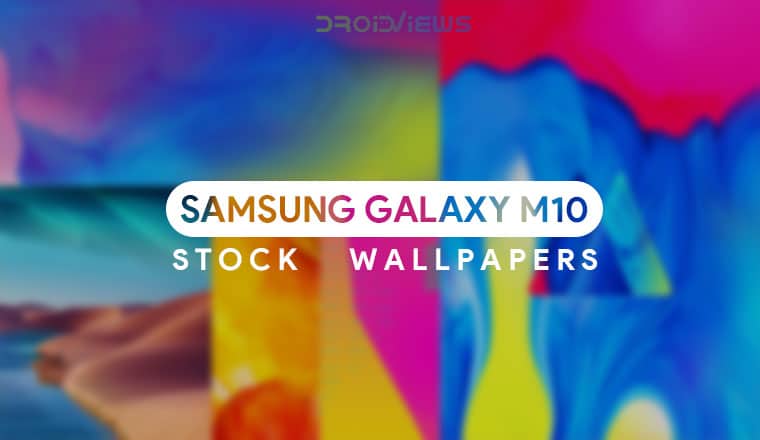 Samsung Galaxy M10 recently was made available to interested consumers via an open sale. Prior to this, the device was only available in flash sales. Samsung has put its best foot forward with the Galaxy M series in the budget segment, giving users the choice to get decent Samsung devices by paying just a tad bit more than they’d have to for Chinese competition. You don’t have to pay anything if you’re just impressed with the Samsung Galaxy M10 wallpapers though.

Samsung has been facing the heat of competition from Chinese brands, especially Xiaomi, in the Indian market. Xiaomi not only took the number one spot from Samsung but it also changed the Indian market making a comeback fro Samsung really difficult. The Chinese OEM has created its brand around bang for buck devices that also do not compromise on the quality.

You get almost the similar premium build quality as that of a flagship device from Samsung or other OEMs. To compete with Xiaomi, other Chinese brands also came forward offering more and more for less and less. It seemed there was no way a bigger brand like Samsung would survive the onslaught. But Samsung has been around a lot longer and its offline market has much deeper penetration. However, Samsung has decided to fight back for the online space with the M series. And the Samsung Galaxy M10 is the first device is the lineup. 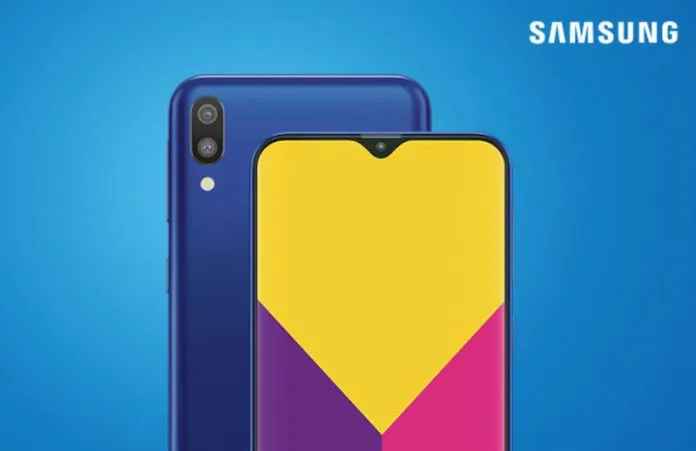 The Samsung Galaxy M10 may be the cheapest Galaxy M device but that doesn’t mean Samsung has compromised on the design. It features the Samsung Infinity V display with a water-drop notch, unlike any other Samsung device.

The phone is lightweight and sleek and does not feel cheap despite being made of plastic. Like the Asus Zenone Max Pro M2 and other devices in this range, it features a reflective back to mimic the glass look which means it will get scratched a lot easier. It isn’t as fragile as glass, however. Two nano SIM slots and a dedicated micro SD slot are available on the sim tray that slips in from the left of the device.

The right edge features the usual Power and Volume buttons whereas the bottom of the device houses a micro USB charging port. The single speaker grill is on the back of the device with the camera module. The placement of the speaker grill could certainly have been better. There’s also a 3.5mm headphone jack which isn’t quite uncommon in budget devices yet.

The front of the device is covered mostly by a 6.22-inch TF display with a resolution of 720 pixels by 1520 pixels which pus the aspect ration at 19:9. The pixel per inch count is 270 while the screen to body ratio is 82.1%. None of that sounds quite impressive but this is what you mostly get at the price. The TFT display is certainly a downgrade compared to the competition that offers IPS LC panels on devices under a similar price bracket.

Underneath sits the Exynos 7870 Octa-core processor paired with either 2GB RAM and 16GB of storage or 3GB of RAM and 32 GB of storage. The water-drop notch houses a 5 MP f/2.0 selfie shooter. The dual camera setup on the back features a 13 MP f/1.9 primary sensor with support for PDAF and a 5MP f/2.2 sensor. The device can record videos up to 1080p at 30 fps. A non-removable 3400 mAh lithium-ion battery powers the setup. Oh, and it doesn’t have a fingerprint reader.

The Samsung Galaxy M10 wallpapers pack contains a total of five different stock wallpapers in QHD+ quality. The M10 Wallpapers have a resolution of 2560 pixels by 2560 pixels. We’ve uploaded the wallpapers in JPEG format below which you can download. Keep in mind though that JPEG images are compressed versions and, while still high quality, lack as much detail as a PNG image. If you want the lossless images in the PNG format you can download the zip file linked below the images.