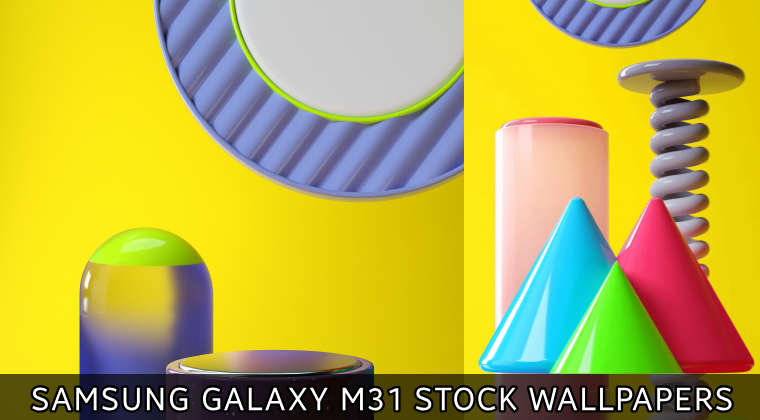 After merging the Galaxy C and J series of devices into the A-series, Samsung outed the Galaxy M series. Since then, it has been a massive success among Sammy fans in the budget segment. I’ve always felt the M series to be a premium version of the J series. Having said that, Samsung is prepping up the successor to last year’s Galaxy M30. We are talking about the upcoming Samsung Galaxy M31 from the Korean giant due for launch on February 25. That said, we have 2 static wallpaper and 1 live wallpaper (MP4) of the Samsung Galaxy M31. The wallpaper is of the Full HD+ variety (1080 x 2340 px and 2340 x 2340 px).

Although the Galaxy M31 launch is over a week away, Samsung has officially spilled out some specs on their website. The phone will come with a large Super AMOLED screen, big battery and more. A four-camera setup will also be on board too. Anyways, let’s download the Samsung Galaxy M31 wallpapers and then get to the specs.

The stock wallpapers of the Samsung Galaxy M31 look and feel childish, colorful and fun. However, we expected Samsung to bring something way better as these types of wallpapers feel out of place on modern smartphones. Again the resolution of the 2 wallpapers is 1080 x 2340 pixels and 2340 x 2340 pixels. We also do have 1 live wallpaper which is basically an animated version of the first wallpaper.

Samsung has not mentioned the SoC of its upcoming Galaxy M31. However, according to leaks on the internet, the phone will most likely come with Samsung’s Exynos 9611 or maybe even Qualcomm’s Snapdragon 665. The memory size is expected to be 6GB. We can predict that the internal storage options are going to be 64GB and 128GB.

A quad-camera setup will be fitted to the Samsung Galaxy M31. The setup will most likely comprise of a 64MP main + ultrawide + depth + macro camera combination. As for the front camera, a single camera selfie cam will be present.

A massive 6000mAh power unit will provide the required current to keep the lights on. Adaptive Fast Charging will be onboard (15W). Without a doubt, Android 10 based One UI 2.0 will boot the Samsung Galaxy M31. Going by Sammy’s official website, a blue-colored Galaxy M31 will be launched, however, more colors are expected on February 25.