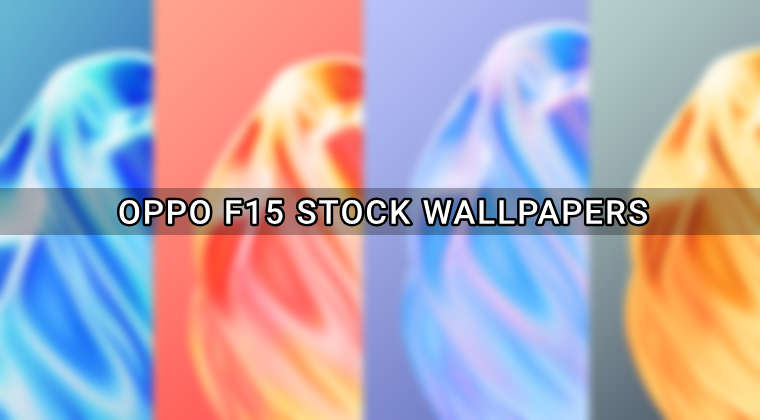 Basically the Oppo F15 is a rebadged A91 that was launched in December 2019. That said, we have already seen these wallpapers in renders beforehand. All 4 stock wallpapers of the Oppo F15 look and feel similar to one another albeit in different colors. They feel very fluidic and smooth on AMOLED devices. The resolution again is 1080 x 2400 pixels (Full HD+). And again the aspect ratio is 20:9.

Get to the Google Drive link to download the wallpaper in its original glory. Or else, for a scaled-down version of the wallpapers, check out our gallery.

Powering up the Oppo F15 is a mid-grade MediaTek Helio P70 chipset. The GPU used here is a Mali-G72 MP3. As for RAM, we do get 8GB of RAM. The internal storage capacity is fixed at 128GB. Having said that, the internal storage can be expanded via the MicroSD card slot.

Providing visuals is a 6.4-inch AMOLED panel. The panel is Full HD+ and features the infamous notch. Precisely the resolution is 1080 x 2400 pixels (same goes for the stock wallpapers). The pixel density is just 408 pixels per inch. The AMOLED display is protected by Gorilla Glass 5. With that said, the fingerprint scanner is built into the AMOLED panel which is a trend in the smartphone industry today.

A 48MP wide-angle cam + 8MP ultrawide + 2MP monochrome + 2MP depth sensor makes up the quad-camera system. As for the front camera, we do have a 16MP unit for selfieholics out there. All cameras are able to record videos at a resolution of up to 1080p @ 30 fps.

A 4000mAh power pack is embedded into the Oppo F15. Also, Oppo’s VOOC 3.0 fast battery charging (20W) is on board. The Oppo F15 is up for pre-booking via Amazon India and Flipkart. The pricing for the Oppo F15 is set at INR 19,990. The smartphone will be available for purchase starting January 24. Surprisingly, Oppo has decided to boot the Oppo F15 with Android 9.0 Pie. The device will come in White and Black paint jobs.