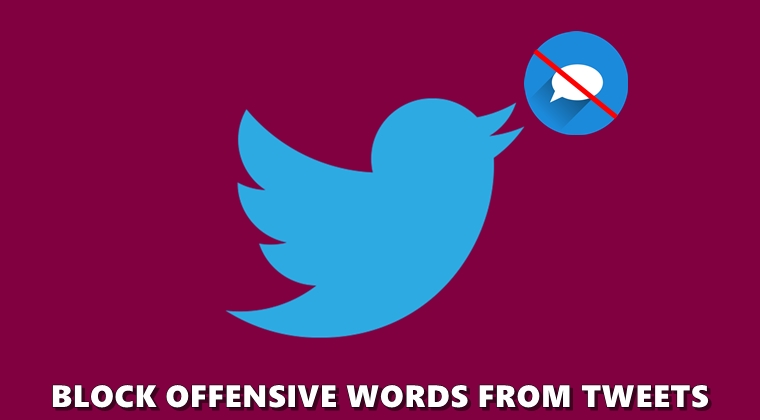 You might have come across certain tweets that have a foul language or filled with hatred and obscene remarks. Well, no one wants such tweets to appear on their feed. But you can’t really have a say in that. If you know an account that regularly tweets such things, then you would probably block them in the first place. That’s one thing. But you can’t really always predict who is next in line with these kinds of tweets if he isn’t a regular offender. Twitter provides a handy feature to deal with such cases. You could make the app aware of the words that you don’t want to see from now. It will subsequently block all the tweets having those offensive words. Want to try it out? Well then here are the required instructions. Also, check out our guide on how to get Tweet updates from non-followers on Twitter

To carry out the above-mentioned task, we would be taking the help of the muted keyword feature of Twitter. All you have to do is just let Twitter know all the words that you wish to mute. From now on, as and when Twitter finds out that word, it will block that entire tweet altogether.

Although the tweets will be blocked from your home feed and notifications, however, you will still be able to see tweets with those blocked keywords from the Search bar. Well, that’s understood and shouldn’t be much of an issue. With that said, here are the steps to block offensive words from Twitter. On the other hand, also have a look at the steps to view and customize interests from Twitter.

That’s it. You have now successfully muted the tweets for good. These rules are applied to your notifications, home timeline and all interactions including likes, replies, mentions, retweets and retweets with comments. This is definitely a handy feature to block offensive words from the tweets and all your Twitter feed. Do share this guide with others and help them have a much better Twitter experience.