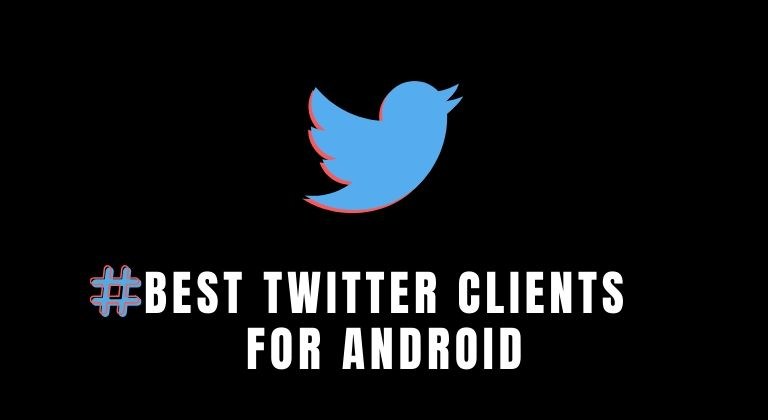 The Twitter app on Android has improved a ton over the past couple of years. However, if you’re looking for a light-weight alternative, then there are a bunch of Twitter clients for Android devices to try out. These third-party Twitter clients offer a lot more flexibility and go easy on the system resources. 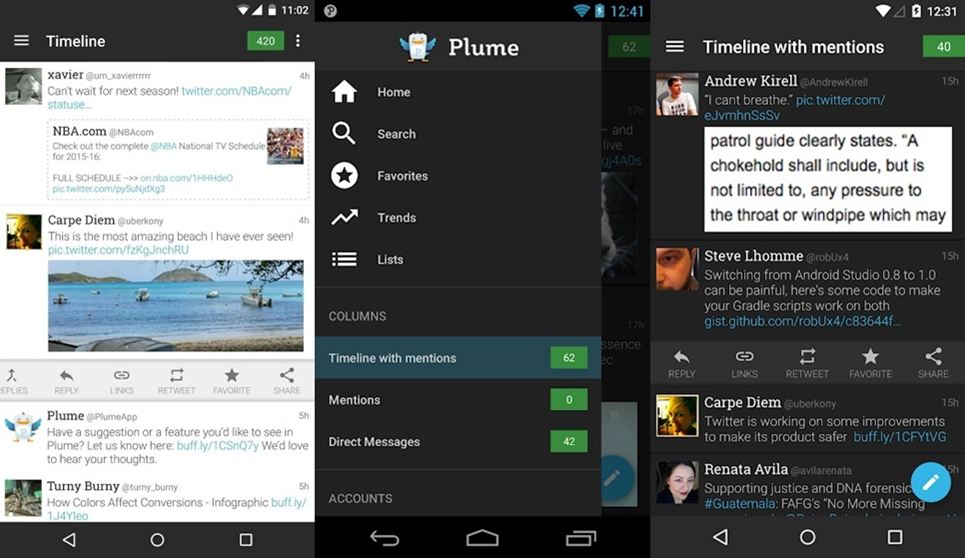 The Plume for the Twitter app is one of the best Twitter clients that comes with a bunch of customization options. It has almost every feature you could possibly need from a Twitter client and then some. Here are a few major features of the Plume for Twitter. Multiple twitter accounts support, themes, live streaming, mute Twitter users, word or applications. Since the app supports multiple accounts, you can run and manage two or more of your Twitter accounts without having to leave Plume. 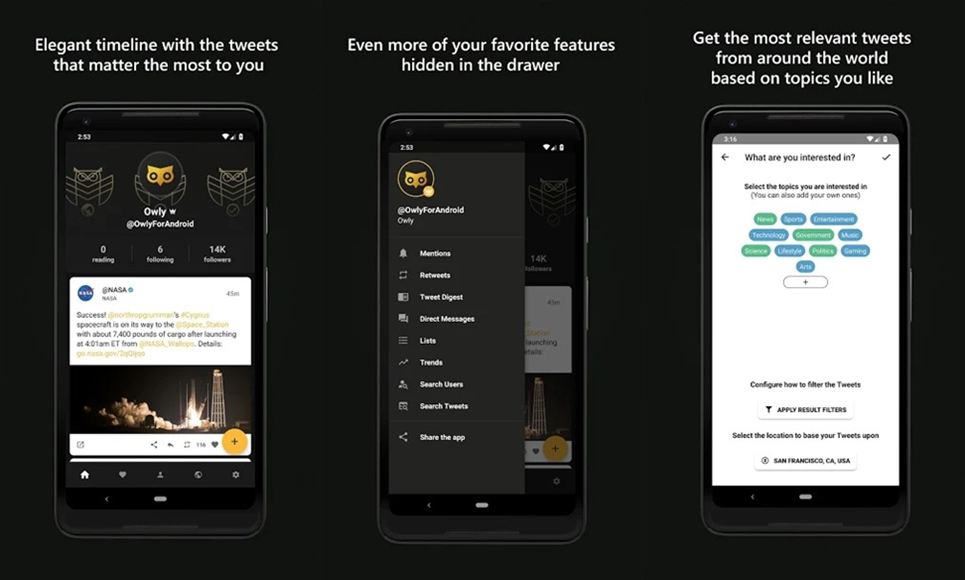 Owly is a rather newer app to join the other Twitter clients on Android. The app has a few cool tricks up its sleeves as it can bypass Twitter’s character limit via its customizable templates. Moreover, it is also one of the most feature-rich Twitter clients on Android. Some of its features include — Tweet search, fully customizable UI, support for multiple Twitter accounts, and configurable Tweet digest. What’s even more interesting is that Owly can be downloaded for free. 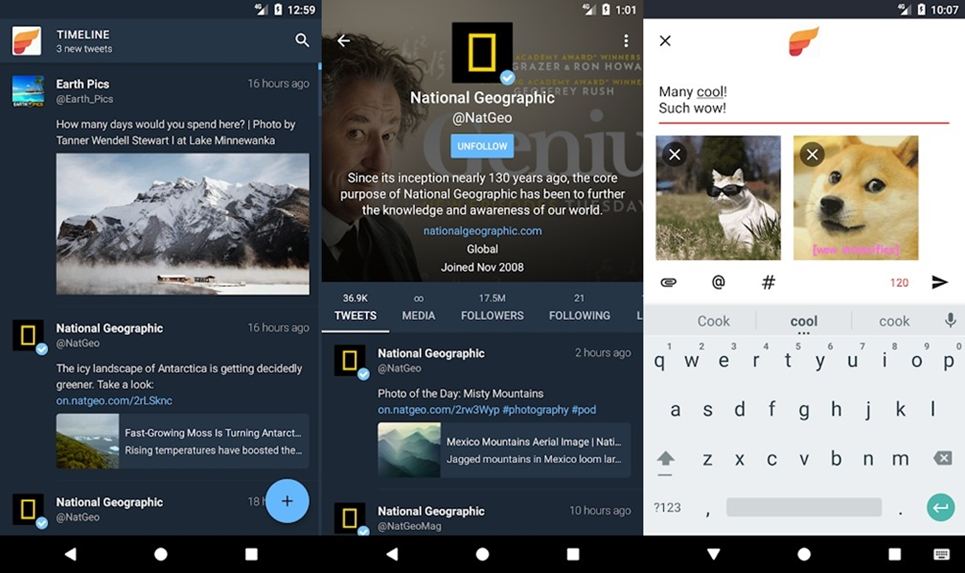 This is one of the most popular Twitter clients on Android. Fenix 2 comes with a few new additions and refinements over the OG Fenix for Twitter application. Fenix 2 has a material style user interface that can be customized. It also supports multiple accounts, video and image previews, mute system and a few more functions. Fenix 2 is a paid app, however, if you’ve got some change to spare, it’s worth checking out. 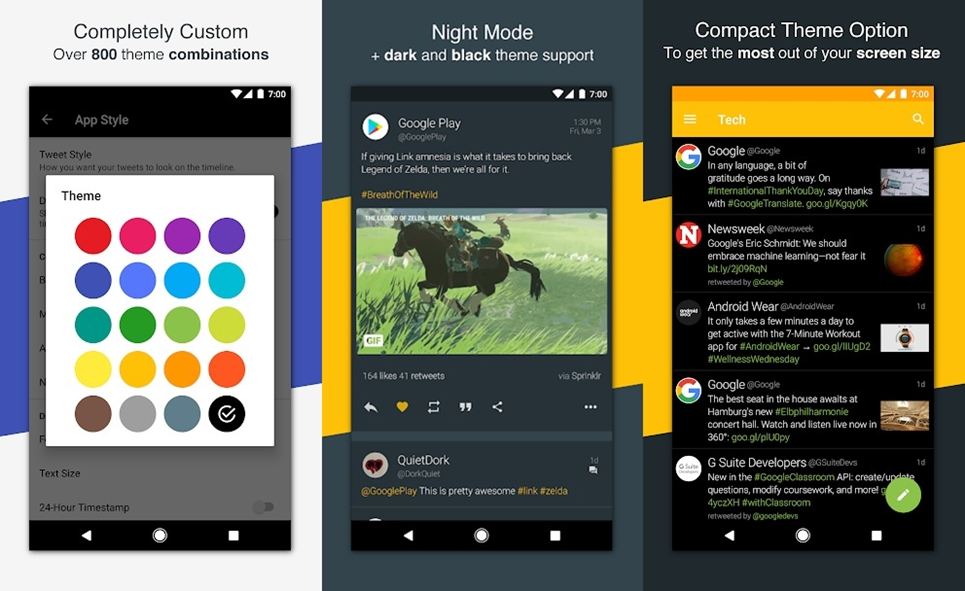 If you’re looking for a material design inspired Twitter client, then Talon is the app for you. It one of the most popular Twitter clients for Android. Of course, it covers all the basics of a Twitter client. And there’s a dedicated dark mode theme as well. Additionally, you can also use the powerful mute options within the app to avoid unwanted notifications. Talon also has an option to enable a Compact Timeline Layout which basically lets you see more tweets in less space. There’s even a native YouTube media player. 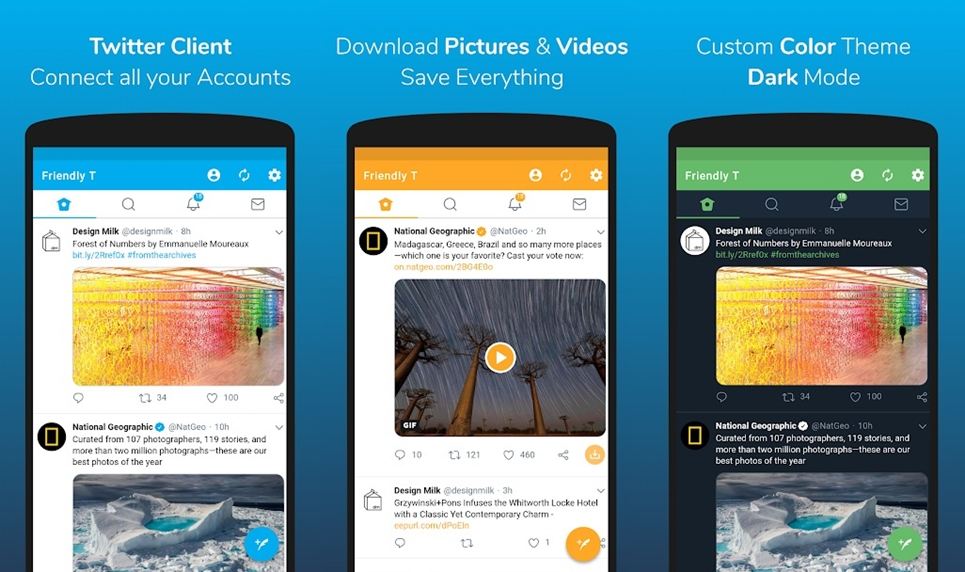 This cool Twitter client is one of the newest apps on the list. Friendly for Twitter offers some useful features other apps lack, such as the option to download media directly to your device. You can even enable the battery saver option to block all notifications. It does support multiple accounts and you can unlock the pro version of the app to customize the UI. Additionally, the app blocks all sponsored posts and ads as well. The developer also has a Facebook client and an Instagram client. Friendly for Twitter is worth checking out if you’ve already used a couple of apps in the list.

These are the top 5 Twitter apps on Android that you must check out if you’re unwilling to use the official app. It’s worth noting that the official app for Twitter has improved a lot since its launch. Hence, the market for third-party Twitter clients isn’t all that crowded anymore. Nonetheless, these 5 apps still offer a few useful features that you would not be able to find elsewhere.

So which Twitter client would you be downloading? Let us know in the comments section below.