If you love Twitter and use it frequently, we got something cool for you. Here are 2 Twitter add-ons that I think you must try for a better Twitter experience.

While the official Twitter client is really good, many prefer to use third-party clients. In this article, we are not going to talk about them though. We will focus on two different apps that work as Twitter add-ons.

Simply put, an add-on is something that enhances the experience of using a product or a service. So, without wasting any more time, let’s get into it.

If you are on Twitter and you are following more than 50 accounts, then your timeline is going to be a total mess at any time of the day.

I use Twitter as a source for trending news, as a result, I follow lots of news related accounts. My timeline is chaotic. There are just too many tweets to handle. Only if Twitter had something that highlighted all the important stuff.

I got on Twitter in late 2018. And, apparently, there used to be a feature within the official app that highlighted important tweets from your timeline. But, in order to streamline the user experience, Twitter got rid of it in its original for in 2017.

All is not lost, however! The feature still exists within the app. It’s just not easily accessible. But you can still launch it with the help of a different app called Highlighter.

When you launch Highlighter, it triggers the highlights feature within the Twitter app. It shows all the stuff that’s trending on your timeline in a horizontal card UI that you can swipe through to see everything that’s interesting. 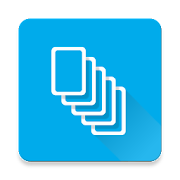 Nuzzle is one of the best Twitter add-ons. As I’ve mentioned already that, at times, Twitter’s timeline can be really messy. So, it’s extremely likely that you may miss something that’s important to you. Hence, a service that curates the important bits from your timeline sounds interesting and useful.

Don't Miss How to Monitor CPU and GPU Usage on Android

If you’ve heard of Nuzzle already, then you know that it’s a news curation app. But, what’s cool about it is that once you connect your Twitter account to it, it starts curating news from your Twitter timeline.

On Twitter, if you are following someone, then it means you want to read about the stuff they share. Nuzzle streamlines the whole process and makes it easy to find the important things.

The gist of Nuzzle is that the more a story is shared by the accounts you follow, the more likely you would want to read it. The app makes sure that you get all the big stories from your feed while making the less important stuff drift by. Apart from this, you can also read about the stuff shared by friends of your friends, along with what’s trending on Twitter in general.

In all honesty, Nuzzle is the reason I made my Twitter account. Now, I follow a majority of news accounts & blogs and read the important stuff on Nuzzle in a much reader-friendly interface. 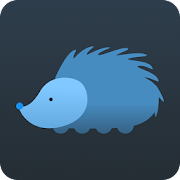 Have you tried the Twitter Add-ons mentioned above before? If yes, what do you think about them? Are there any other Twitter-specific apps that you use? Tell us in the comments below.