This list is in no particular order. Thus, we recommend checking out all the games or pick the one that fits the gameplay style you prefer. If you’re looking out for other games, then you should also check out the 5 best fighting games for Android to play on the go.

This is one of the most popular basketball games on Android at the moment. Basketball Stars from Miniclip is an online multiplayer game that pits you against other players in a 1 vs 1 match. The game features two different multiplayer game modes — 1v1 matches or 1v1 shootouts. Users can also unlock new basketball skins and change the appearance of their character in-game. As you level up, you would be able to play in exclusive courts and compete with other players with the same skills as you. 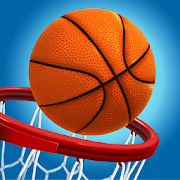 If you’re looking for a basketball game that offers a console-like gaming experience, then look no further than NBA Live Mobile Basketball. First off, the graphics of the game are really good considering that it’s only a mobile game. You can play as real-life basketball professionals and unlock superstars as you advance in the game. The superstars have special abilities. You can compete in online matches against other players from across the globe. To keep things fresh, the game refreshes with new content, stories, and events. 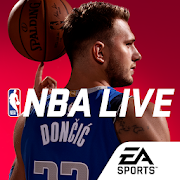 If you’re looking for an arcade-style basketball game, then Basketball Battle is the one to go with. This casual yet fun game lets you compete against friends in a split-screen mode or you could even compete against other players in online matches. The game has over 100 different basketball courts to play in. Basketball Battle isn’t meant to offer a life-like basketball experience. However, it’s perfect for those looking out to play the game for a few minutes. Additionally, you can even customize and upgrade your players. 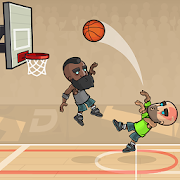 DoubleClutch is one of the most fun to play basketball games on Android. The controls to the game are super easy since there are only 3 buttons to master. The game has two different modes to play. One is a basic freestyle mode that for position practice and the other is the tournament mode. There are eight teams you can choose from and each team has its own pros and cons. Thus, you need to pick a team based on your playing style. Moreover, you can change the time limit for each match as well. 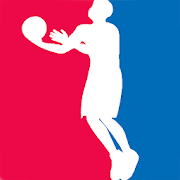 The NBA 2K Mobile Basketball game is one of the overall best basketball games on Android. It offers stunning graphics and console-quality gameplay. Everything about the game feels refined and it’s the closest you can get to experiencing real basketball on your phone. You need to collect the NBA stars and build your own dream team. There are a couple of game modes such as 5 v 5 matches or online PVP games where you play against other players. The controls to the game are fairly easy to master as well. Thus, you would be able to pull off some cool moves within no time. 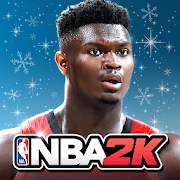 Here’s a game that’s a lot more chill and it’s perfect for those who are looking for a basketball game to pass time. World Basketball King is a ball shooter game where all you have to do is try and put as many shots in the hoop as you can. If you’ve been to an arcade gaming center, you’re probably already familiar with how the game works. Moreover, the game’s physics engine is excellent and you can play in 6 different courts. 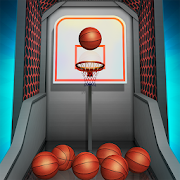 For all those who love street basketball, this is the best basketball game on Android for you. The cool cartoonish graphics give the game a unique vibe. It has the following game modes — Quick Game, League, Cups, Three-Point Contest, and Training Mode. Thankfully, there are three difficulty levels as well. Hence, the game does not get boring after as you become better at it. You can even enhance the abilities of players to gain an advantage over others. 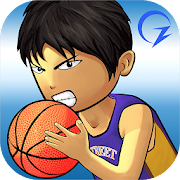 These are our top picks for the best basketball games on Android. What’s your favorite sports game for mobile? Let us know in the comments section below.