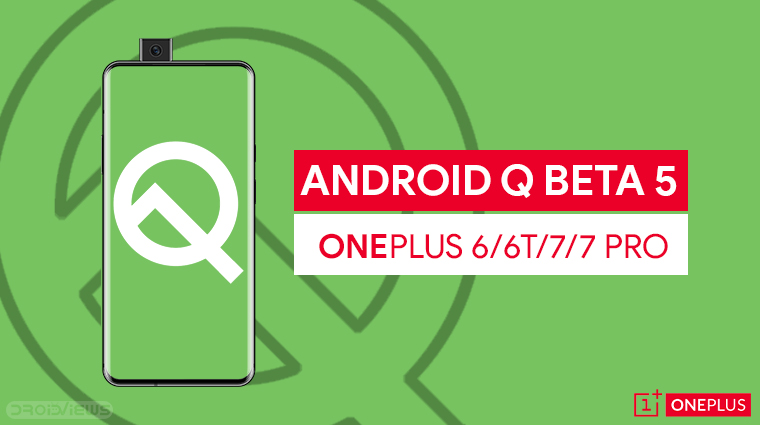 OnePlus has always been great with Android updates and it’s one of the reasons why it is easier to recommend a OnePlus device over a cheaper alternative like an Asus Zenfone. Just like last year, OnePlus devices are getting a taste of the new, yet to be released, version of Android. This time it’s Android Q and OnePlus is rolling out the Android Q Beta 5 to OnePlus 7 Pro, OnePlus 7, OnePlus 6 or OnePlus 6T. If you’re an owner of either of these devices, you can follow the steps mentioned below to install Android Q Beta 5 on it.

Although this is the fifth Android Q beta and the nearly final version before the official Android Q release, this is only the third Android Q beta for OnePlus devices. Therefore, OnePlus’ naming scheme is a little different and they refer to it as Android Q Developer Preview 3. Whatever you call it though, this is a nearly stable version of Android Q and you shouldn’t find any major bugs. Previously issues with essential elements like WiFi and mobile radio were deal breakers for many.

The new Android Q beta 5 release fixes all of that but it’s not quite as bug-free as a stable release yet. If you’ve ever installed beta versions on a OnePlus phone, you would know that switching to a beta requires wiping your phone clean. This includes all user data including everything on the internal storage. Currently, there are issues with the in-display fingerprint icon not appearing on the OnePlus 6T on the Ambient Display. On the OnePlus 7 Pro and OnePlus 7, face unlock doesn’t quite work as expected.

Neither of these is a problem for the OnePlus 6, however, there are some application incompatibility and stability issues that not even the OnePlus 6 could escape from.

XDA Senior Member jhakjhuk1853 had previously shared a video of the new beta but with Hydrogen OS instead of Oxygen OS on top. It should still give you an idea of what to expect in terms of new Oxygen OS features.

This method is applicable for devices running the previous stable OOS 9.x.x. with the stock recovery.

Once the update is downloaded the device will reboot and install the update and then reboot into Oxygen OS 9.0 on its own.

If you’re rocking a custom ROM with a custom TWRP recovery on your OnePlus, the process is still pretty simple for you.

Your device will now boot into Oxygen OS powered by Android Q. If you’re wondering what new features Android Q for OnePlus devices brings, we’ve already discussed them before. 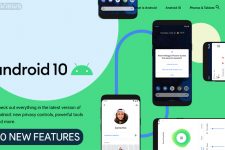 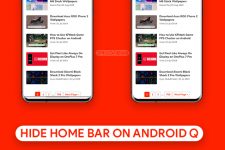 How to Hide Home Bar on Android Q 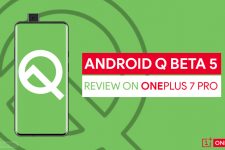