One of the easiest ways to freshen up your Android device is to install a new launcher. To go to the next level, you can also install live wallpapers, static wallpapers, and icon packs. We have also shared few launchers according to everyone's use. If your are wondering which launcher will suit you the best then do read our guide on selecting the best launcher. For the uninitiated, a launcher is an app that lets you customize the look of your home screen as well as your app drawer. You must be familiar with few popular launchers like Nova, Apex, Aviate, Everything.me, and Apus, but here are a few launchers I’ve found that you may not have heard about. These launchers are not much popular but are as good as the popular ones. A few months back I shared a similar article regarding few less known apps. Do check it out.

As the developer say "KISS Launcher allows Android users to simplify the home of their interface, to purify their screens and access the functions they need as quickly and as simply as possible." KISS Launcher does that for sure. It is lightweight and has very minimal battery and RAM consumption. The home screen consists of your most used apps and contacts. A search bar is also available at the bottom which lets you search whatever you are looking for. It gets better over time. 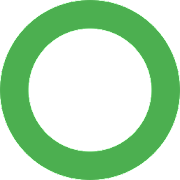 Fly launcher is a minimalistic home launcher and is loaded with functions like faster in-phone as well as internet search, smart folders, HD wallpapers, and smart toolbar.
Price : Free
Download on Google Play
0

Infinity launcher is an efficient launcher designed by following material design. Its UI is similar to cards UI of Google Now. The home screen is divided into different categories like header, info, quick launcher, and app launcher. Each section deals with important information like your social accounts, weather forecast, most used apps, and app drawer respectively. 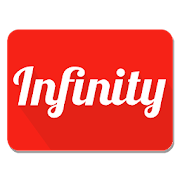