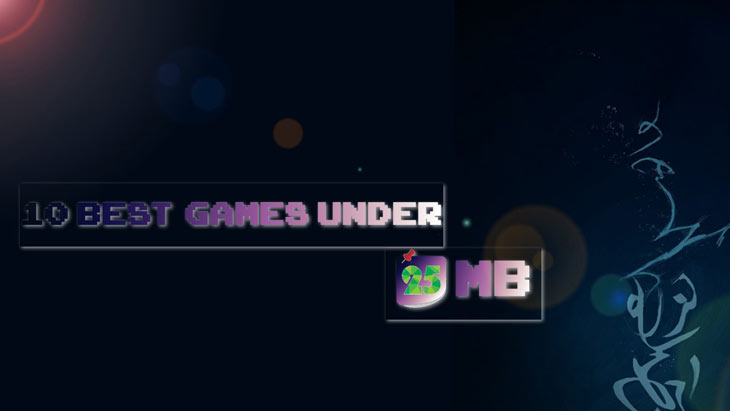 It has been quite a while since we did one of these 10 best games posts. We were ignoring the topic for a while but then we realized we can’t do it forever. So, this week we finally decided to kick off. Like every 10 best games post this isn’t a top 10 games list, this is all about the most engaging games that one can get right now in the Play Store. Below is our list of 10 best Android games under 25 MB. So, without any delay let’s dive into the list of the best 25 MB Android games.

1. No Humanity – The Hardest Game 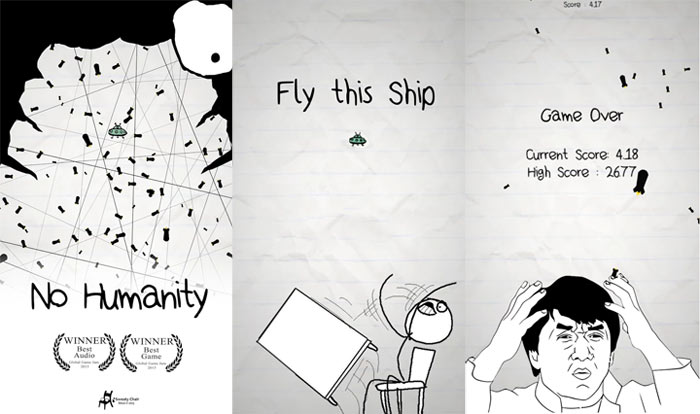 If you are someone who loves tough games like Super Meat Boy. Go for it! This game won’t disappoint you. The game is so difficult that the players find it tough to survive even 15 seconds. The incredibly challenging endless gameplay with real-time multiplayer and global scoreboard which this app offers is free of cost.

Offline mode for this is also available in case you are running out of juice. The game also allows buying new ships and upgrading them. This increases the chances of the player to survive by 1-2%. This ain’t a joke. The percentage really matters. Try for yourself you will surely notice the difference. 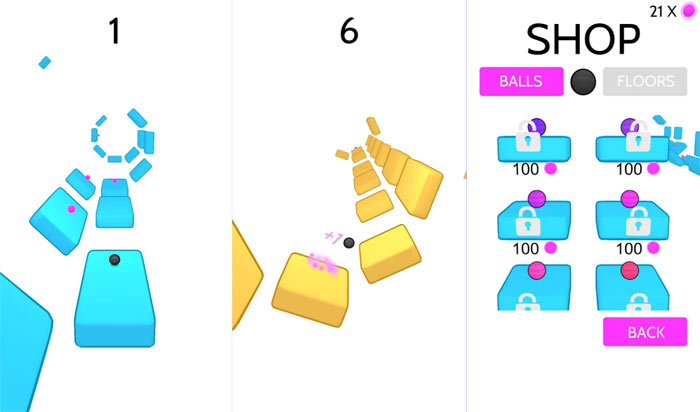 Many people would have heard about this game. With 10 million downloads this game is really popular. What makes this game so popular is its mechanics. The game presents the player some unique yet challenging mechanics which they find interesting yet difficult to master.

If you are bored of the games whose mechanics are same (jump, run, dodge..) and want to try something new, well this is the game for you. The game also allows unlocking new balls and platform colors through gems. This keeps the game interesting. The UI is as simple as ever. Make sure to give it a try. 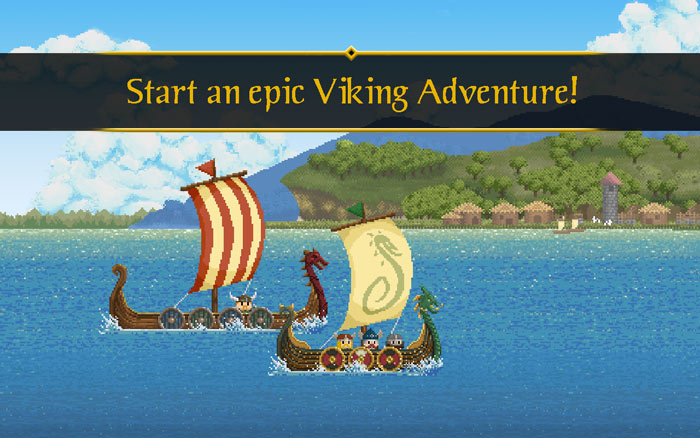 I’m really a fan of indie games. There is something unique and mysterious about them waiting to be explored. This game is like one of them. The Last Vikings is really a very engaging adventure game. The developer challenges that players won’t find gameplay like this. A friendly challenge is also available.

Now why I think this game is good is because of its retro style. Try this one it will sure give you an experience that’s just unraveling. 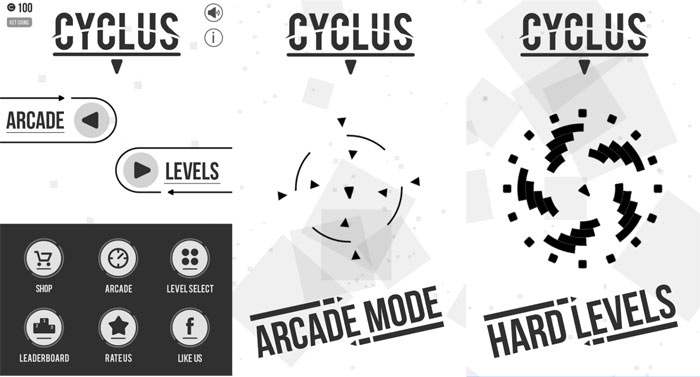 How many of you hate geometry, specially semicircles? Well if you do now is a good time to take revenge. Wire game is all about avoiding obstacles and shooting semicircles. The game features 200 challenging levels with secret bonus levels and a hard mode. The best thing about the game is its minimalist design and music.

Personally, I really like the music. The soothing melody in the background just feels great. Best experienced with headphones. I would suggest to grab this game and a headphone, sit back and relax while playing the game. This is a better way to burn the daylight. 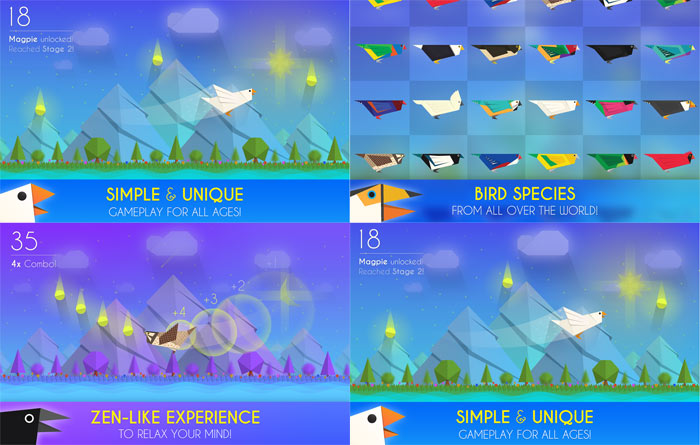 Paper Wings have proved that if you have the right concept and the right set of tools to build it then 25 MB is enough. Combining all this in such a small package sure had been really difficult. Thumbs up for the developers.

Game Review: Two Roads: Run As Far As You Can

The gameplay is not something totally different or unique. It’s about collecting the coins so that the bird survives. However, the touch experience is beyond par. This is what makes this game really different from the others. It feels like the game wasn’t ported for touch devices rather developed for them. The game also has hazards to dodge from which makes this even more interesting. Try it, it sure feels great. 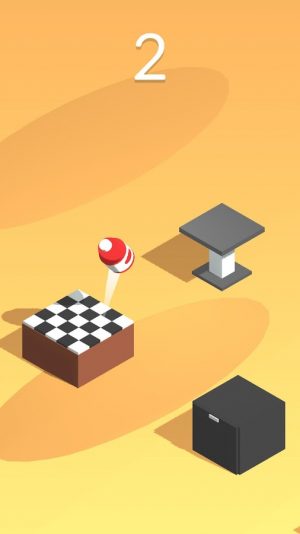 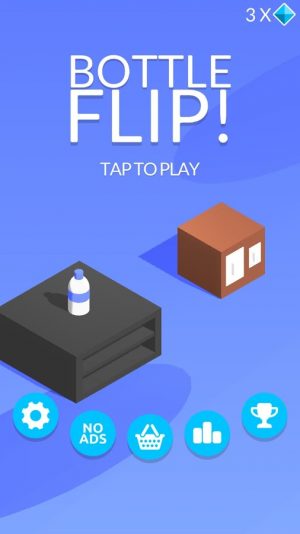 Another excellent game by TastyPill. If you are Indian who was born in the ’90s then this game will remind you of a game. The game everyone used to play very often when there was no handheld consoles or devices. I’m not gonna disclose it if you understood. Ok, it is Gilli-Danda (Tip-Cat in English).

The gameplay is similar to that of Tip-Cat. It is about charging the bottle from one table to the next table without letting the bottle fall. Gems can be used to unlock different bottles. This is one of the best Android games under 25 MB. Try it now! 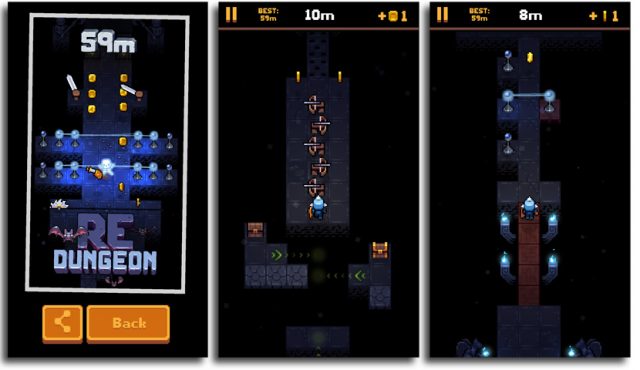 After Beneath The Lighthouse, Redungeon is the best game by Nitrome. The gameplay is challenging. Even for the hardcore players. Moreover, the dungeons are endless and random with a lot of complex traps.

The music this game offers is perfect according to its surroundings. Great job by Dave Cowen. The game released its update with a Christmas holiday theme. If you have played this game before try it again. The theme is worth checking out. 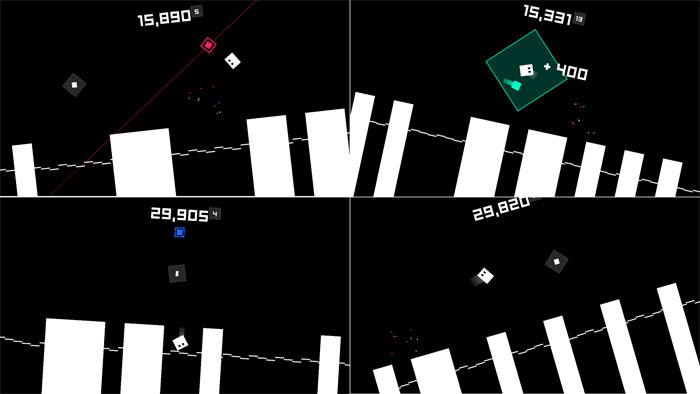 New developers are really giving all they have got. Easy and intuitive is the main goal of this game. That is what this game delivers the best. The game also awards players with achievements and leaderboards so this won’t be a complete-time waste after all. 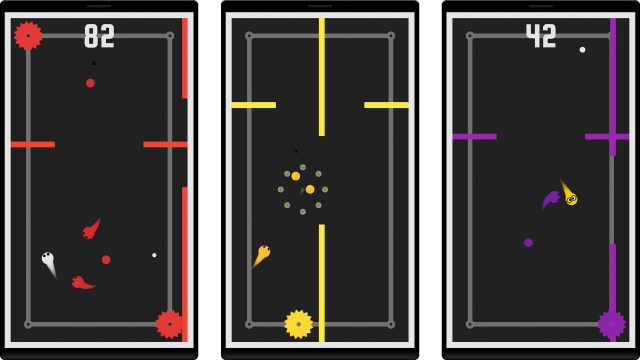 This is another you will die game. No matter how much skill you have it won’t matter. A fifteen-second survival will feel like something next to world domination. The game has three modes classic, arcade and time attack. The music, sound effects, and the overall experience are utterly difficult tough and frustrating yet not punishing. If you are someone who loses temper quickly I would recommend not to try this. Especially if you’re at home. 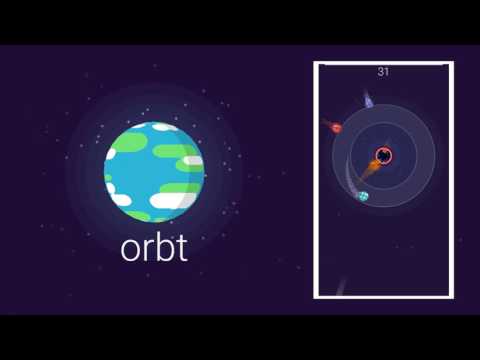 Don’t ask me why the name is so weird. Maybe because they were in a hurry. Nevertheless, as the name suggests the game is not about defying gravity. Nope, not even anything close. The game is about preventing the planet from getting sucked into the black hole and avoiding obstacles along with it. The game uses a simple one-touch control in the fast-paced action gameplay. The graphics style is inspired by Kurzgesagt, a popular channel on Youtube. Purchasing the game will allow you to remove adds.

The game uses a simple one-touch control in the fast-paced action gameplay. The graphics style is inspired by Kurzgesagt – In a Nutshell, a popular channel on Youtube. Purchasing the game will allow you to remove adds.

The Android games under 25 MB listed above prove that good games can be built in compact sizes. Even in the bare minimum data available. If you can think it, you can make it. That was all for this month. Make sure to give a thumbs up. Let’s have a discussion below on the games you like the most.

Do Not Miss These