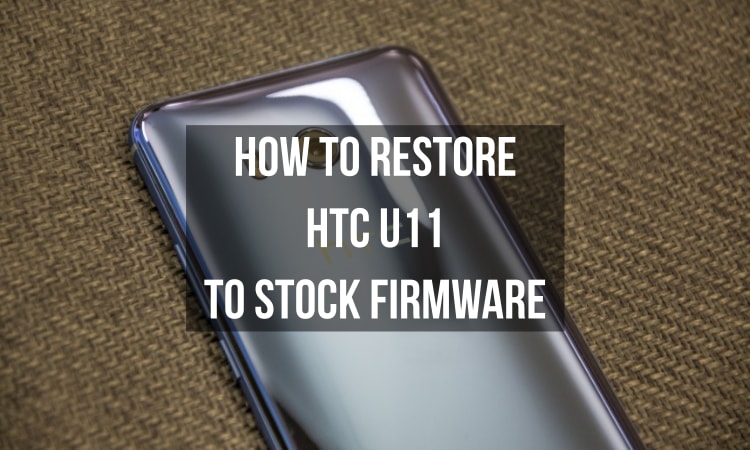 Now, if you are a Custom ROM developer or a type of person who loves to tinker with your device then you will have obviously unlocked the bootloader and rooted your device to install Custom ROM on your device to get the latest version of Android or to get away from HTC’s Sense UI and install Stock Android on your device. Thus, you would have faced a situation where you would want to go back to Stock ROM which was pre-installed on your HTC U11 as you are either having problems with your Custom ROM or you want to sell your device and want to reset your smartphone in the factory condition.

Thus, we are going to share the exact procedure to restore your HTC U11 smartphone to the condition which it was when you bought the device on day 1. Now, this guide has been available to us thanks to an XDA Senior Member, 5m4r7ph0n36uru, who has provided all the files necessary for restoring the HTC U11 to Stock from any Custom ROM.

Restore your HTC U11 to Stock ROM using Nandroid backup

Restore your HTC U11 to Stock ROM using RUU

You need to follow any of the two methods mentioned above properly and you will be able to restore Stock ROM on your HTC U11.