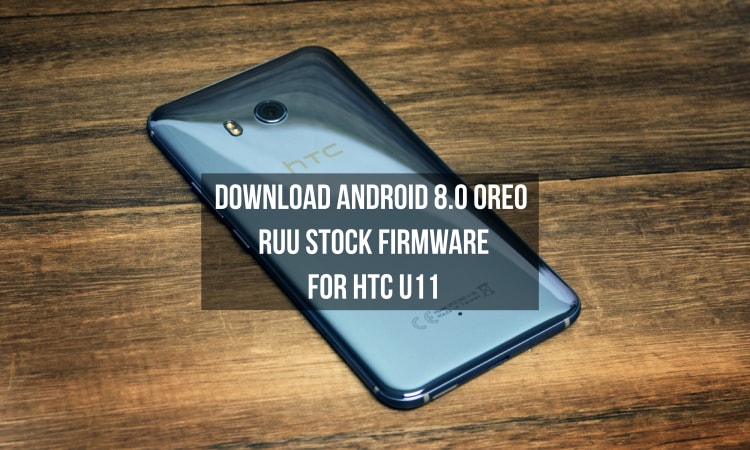 HTC released the latest flagship smartphone from the company this year which was the HTC U11. This smartphone was released in the latest flagship series from the company announced this year as the HTC U series. The HTC U11 was also announced to be the successor to the HTC 10 which was released last year. The smartphone was released with a standard design with normal bezels and a fingerprint sensor on the front along with capacitive buttons on either side. The HTC U11 comes with a single camera setup on the back along with the latest Snapdragon 835 chipset and 4GB of RAM. Also, the smartphone is now starting to receive the update to the latest Android 8.0 Oreo update which will be the first major Android version update for the smartphone.

Also, the smartphone was released by HTC in the second quarter of this year which means that the smartphone has received many software updates in the various regions around the world. Now, if you are a user of the HTC U11 then you would want to upgrade to the latest update as soon as possible because the OTA update usually takes time depending on the location and country where the smartphone is used. Therefore, we would like to download and update to the latest version of our device manually to get the latest security and performance improvements. However, the process to search for the latest update for the HTC U11 can be a troublesome process.

Now, an XDA senior member, 5m4r7ph0n36uru, has released a collection of RUUs or ROM Update Utility files which are basically the files that are released by HTC in different regions which are sent to our smartphones as an OTA update and all of these files are available in zip files which can also be installed on our HTC U11 manually. Talking about this collection of RUU files, the collection of zip file includes all of the variants for the HTC U11 released in US, UK and Asian countries including India.

Now, the collection of these HTC U11 RUUs has been bundled into a spreadsheet file which includes all the information regarding the update like the version number, version name, the region for which it is available and also the names of contributors who have added the links. Also, the download links of these RUU files can be found by clicking on the version number and the zip can be downloaded to your device or PC.

Now, if you have downloaded the RUU files on your PC, you will have to install this update on your HTC U11. Thus, we have provided the method to manually update to the latest version which has been released by the company for your HTC U11.

Steps to flash firmware manually on HTC U11 using Fastboot

[Note: you will have to replace the Firmware_xx.zip with the filename of the HTC’s firmware file]

Also, you can comment below if you are stuck on any of the steps mentioned above and we will get back to you with an appropriate answer.

Read Next List of ADB and Fastboot Commands for Android