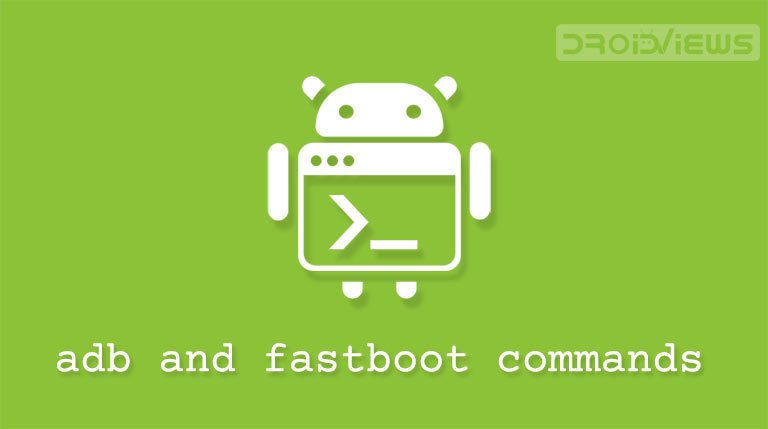 Here’s a list of some useful ADB and Fastboot commands that might come in handy in different situations. These ADB commands and ADB Shell commands work on all Android devices regardless of the device model or manufacturer.

People who are used to rooting their Android devices or customizing it will be well aware of ADB and fastboot. These are system utilities that provide access to the backend of Android when it is connected to a PC. These are also one of the constants in the Android ecosystem. Same commands will produce the same results regardless of the device you have, in most cases. ADB or Android Debug Bridge can be used when the Android device is turned on while Fastboot can be used while the device is in the Bootloader or Fastboot mode. Today we’ll take a look at some useful ADB and Fastboot commands.

Before you can make use of ADB and Fastboot commands, you’ll have to enable USB Debugging on your Android device. The option is found in the Developer options but if you don’t know how to get there, you can follow the tutorial linked below. Besides, you’ll also need the ADB and Fastboot drivers on your Windows, Mac, or Linux computer.

As mentioned earlier, ADB commands are used when the device is powered on and you have access to the device. That is, you can unlock the device and grant ADB debugging permission to the computer. Listed below are some of the most common and useful ADB commands that you may need at some point. You can even use your Android phone like a PC to execute ADB and Fastboot commands.

Shows all the devices connected to ADB. Can be used to make sure your device is connected properly before performing any other operations.

It shows all Android devices and emulators connected to your computer via a USB cable.

This command will display the list of all Android devices attached to your PC.

Using the ‘adb connect’ command, you can connect the IP address of your Android device to your computer.

ADB can be used to reboot your device, useful when your hardware buttons aren’t working or if you’re already using ADB. You can also reboot directly into the recovery or bootloader using this command.

Reboots the device into the Fastboot or Bootloader mode.

Reboots the device into recovery mode.

It can be used to install an APK file on your Android device from your computer. It is more convenient than the alternative, which is to transfer the APK to the device and then install it. This command is generally used by developers or debuggers. Please note that you must copy the APK file to install in the ‘platform-tools’ folder, otherwise you’ll also have to type the location of the APK.

Use the following command to re-install or update an existing app on your device and keep its data.

If the app (APK) you are installing supports move to SD card feature, you can install it to the SD storage using the following command.

Below are some more parameters that can be used with the ‘adb install’ command:

This command can be used to uninstall an installed app, which is pretty clear from the command itself.

Use the following command if you want to uninstall an app package but keep its data and cache directories.

Keep the data and cache directories around after package removal.

Displays the log data onto the screen. You can use this command with the following parameters for different purposes as shown below.

By adding the ‘-c’ parameter to the ‘adb logcat’ command, you can clear the existing logs on an Android device.

Similarly, by using the ‘-d’ parameter, you can save the logcat output to a file on your computer.

Displays the Android device information such as dumpsys, dumpstate and logcat data on the screen.

Lists the JDWP (Java Debug Wire Protocol) processes on the device. if you’re not already aware of it, chances are you don’t have to worry about it either.

Displays the adb instance serial number string with the device.

Shows the status of the device.

This command is used to program delay before the next command is issued. It executes when the device is online but it can be programmed to wait till another process is done.

Just as you can flash zip packages from a custom recovery, you can also do it via adb sideload, provided the recovery supports it. TWRP recovery which is the most common custom recovery for all devices does support it. This way you can flash packages directly from your computer without having to transfer them first to your device or any external storage.

To sideload a mod or update.zip file successfully, you must copy it first to the SDK folder.

This command can be used to pull any files from your device and save it on your computer. To download or pull a file from your Android device to the SDK platform-tools directory, use

If you want to download a file from your phone’s storage to a specific drive on your computer, execute the following command

Similarly, this command can be used to push a file from your computer to your device. If the file to be pushed it save in the SDK folder, use

To push or send a file to your Android from a specific drive on your computer, use

By using this ADB command, you can create a full backup of your Android device and save to your computer.

Use this command to restore a backup to your device.

Below is the list of some really useful ADB shell commands.

The ‘adb shell‘ command starts the remote shell command console in the device and lets you control the device through it.

You can uninstall or remove any system app installed on your Android device. This is the easiest way to uninstall bloatware. Just use the following command followed by the app package name.

Learn more about debloating Android devices without root in our dedicated article.

You can use this ADB shell command to dump all system data about your Android device’s hardware and software configuration.

You can also use it to get information about specific components of your device, such as display, battery, etc.

This command allows you to change the pixel density of your Android device’s display without any hassles. In order to change your Android phone’s screen resolution, you must know its original resolution. If you don’t know that, execute the following command:

Issuing the above command for the Galaxy S9+ gave me the following info about my phone’s display resolution and density.

Now, if I want to set a lower resolution for my Galaxy S9+, I’ll use the following commands. This value can vary per phone, you’ll know it’s right when you can read text and apps don’t render too small value is from 120 up to 640

The following commands print the names of all app packages installed on your Android device. You can add additional conditions or filters to list specific packages only.

To show only the disabled app packages:

To show only enabled app packages

By sung this command, you can send the text message screen with the message content and phone number.

By using the following ADB shell commands, you can capture the screenshot of your device display and then download the captured screen to your computer.

On Android devices running Android 4.4 KitKat and above, you can even record your phone or tablet’s screen and download the recorded video to your computer using the ADB shell commands. Besides, you can also set conditions like video duration, resolution in pixels and video bitrate, etc. You need to press Ctrl+C to stop recording manually.

Use the following command to set the width x height of the video:

By default, Android’s screen recorder’s duration is set to 180 seconds (3 minutes). You can decrease this time limit according to your needs (180 seconds is the maximum limit).

Similarly, you can also determine the bitrate of the video output. To set the bitrate to 4MBPS, for example, you can use the following value:

By using this ADB shell command, you can remove any file or directory from your Android device.

To do that, you have to type ‘adb shell‘ command first and hit the Enter key. After that, you can use one of the following commands followed by the file or directory name as shown below.

Delete a directory or folder:

You can also use ‘rmdir‘ in place of ‘rm -d‘ to remove a directory.

This ADB shell command is used to create a new directory or directories under an existing directory. You can also set permission for the directory too. Execute ‘adb shell’ and then the following commands:

You can use these commands to copy, move and rename files and directories. Again, you need to start with the ‘adb shell‘ command first.

To copy files and then paste them, by mentioning the source and destination locations as shown below:

To move a file from one location to another, type the following command mentioning the source and destination locations:

If you want to move a file to a different location with a new name,

To check the network statistics of your Android device, execute ‘adb shell‘ command and type:

Using this command, you can see, your phone’s Wi-Fi IP address. Execute ‘adb shell‘ in the command window and then issue the following command:

If you want to know about the top CPU processes running on your Android device, you can use the following command after executing ‘adb shell‘:

If you want to stop CPU processes monitor, press Ctrl+C on your keyboard.

Using the above commands, you can not only get the properties of your Android’s build.prop configuration but can also set a value of property tag on the build.prop. See the examples below:

Type ‘adb shell‘ in the cmd window, hit the Enter key and then issue the following command:

Below are some more examples:

Now, to set the value of a specific build.prop property, you can use the ‘adb shell setprop‘ commands. See the examples below:

Similarly, you can also set a custom VMHeap size:

These commands can be used only when the device is in the Fastboot mode. You can try a button combination to put your device into this mode or use the ADB command mentioned above.

Once in Fastboot mode, you can use a number of Fastboot commands as mentioned below.

Displays all the connected devices. Can be used similarly as the ‘adb devices’ command to make sure the device is properly connected.

Used to relock the bootloader of your device.

This command can be used to flash things onto your device.  This can be a zip file, a boot image or a recovery image.

Flashes a boot image to your device.

Flashes a recovery image to your device.

This command can be used to boot your device using a certain image file without having to flash it first. Can be useful to test an image before flashing it. Should you have any questions about Fastboot commands, please let us know.

So, here end our list of useful ADB and Fastboot commands that can help Android users perform a plethora of commands using cmd. Let’s know if we forgot to mention any command that should have been our list.