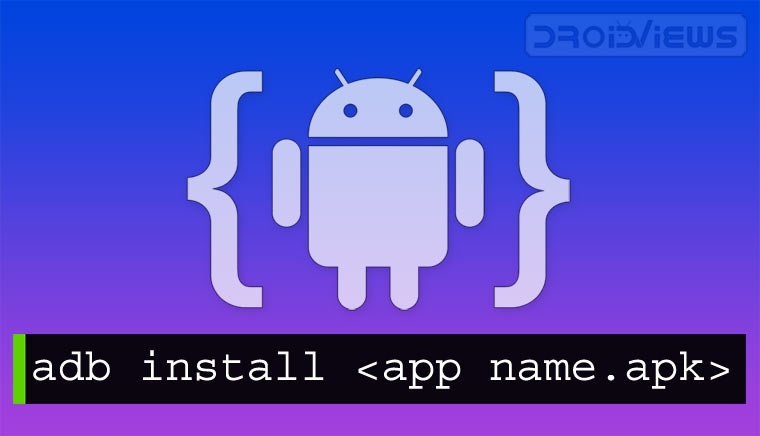 Besides sideloading APK on Android devices, you can also install APK using ADB commands. In this tutorial, we’ll see how we can sideload APK via ADB easily. Read on to learn more.

Hello folks, how do you install an app on your Android-powered device? Most of my pals answered this question with the most common answers like installing from the Google Play Store app on their Android devices or installing apps by logging into their Play Store on the PC and installing Standalone apps from the SD card by enabling the Unknown Sources option in the device settings. Most of the Android users fall into one of these categories because that’s the simple way to install apps. But what if the UI of your device collapsed and you can’t access any apps on your device?

When you’re playing with some random app, your device may sometime collapse due to that app interfering with your device UI. This most possible scenario is that the device’s launcher is hung and cannot be accessed. As you know without the launcher app, you cannot access anything on your device. Thus, if you need to install any third-party launcher app to get into your device, you have to download the launcher app APK on your PC. If the Google Play Services has collapsed (this usually happens when you try to mod your device), you cannot install the app from Play Store at all.

In that case, the ADB comes to your rescue. ADB is the acronym for Android Device Bridge which acts a bridge between your PC and Android device. You can install apps through this ADB tool, but it is not limited to it, the scope of ADB tool is far higher and even if you know little about Android development you will understand its importance. But for the sake of the topic, we will show you how to install android apps from ADB. So let’s get on with the guide.

Don't Miss How to Find Your IP Address on Android

That’s it, try this little trick on your device.

Let us know the outcome in the comments section below.