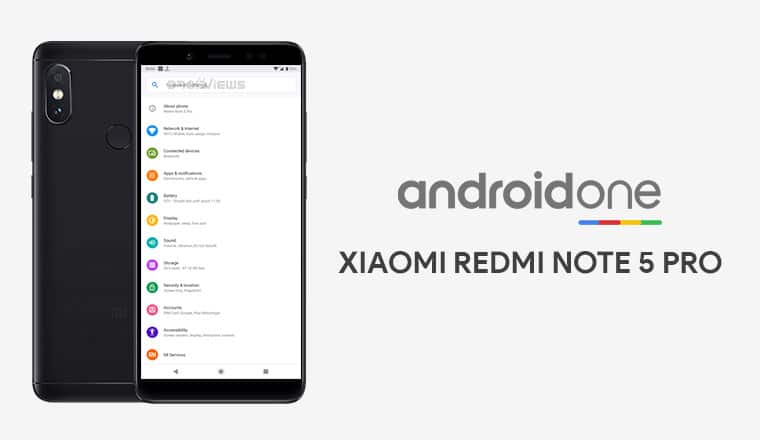 Xiaomi’s Redmi Note series has slowly become the company’s best selling mid-range devices. The Redmi Note 4 originally earned that crown and the Redmi Note 5 kept it, surpassing the sales of its predecessor. The device runs MIUI 10 still which is the latest version of MIUI right now. However, this MIUI 10 is based on an older Android 8.1 Oreo.

Even though the device is barely a year old as of now, Xiaomi isn’t looking forward to providing the Android Pie update. This means interested users will have to look forward to custom ROMs to get Android 9.0 Pie on the Xiaomi Redmi Note 5 Pro. There have already been many Android Pie based custom ROMs for the device such as Resurrection Remix, Pixel Experience and even a port of OnePlus’ Oxygen OS 9.0.

Given that it is Android One, you do expect a smooth performance because it is nearly pure, stock Android. It even beats the Pixel Experience ROM, albeit by a narrow margin, when it comes to performance. PUBG can be played without any issues or lag at medium graphics setting too. So if top-notch performance is what you’re after, this Android One port for the Redmi Note 5 Pro gives you just that.

Since this is a port and not exactly a custom ROM based on AOSP, there is no need to flash the GApps package separately to get the Google Play Store and other features.

The port improves a few things such as enabling the Camera2 API but it also brings a few bugs.  The gesture to bring the notification shade down via a swipe on the fingerprint is broken in its current state. The fingerprint unlock animation is also pretty slow. It is a stock Android ROM so you may miss some MIUI customization options too.

Face unlock does not work, for instance, since it isn’t baked into stock Android right now. Similarly, you’d have to use the Android Pie gestures if you want gesture navigation. The full-screen MIUI gestures aren’t available.

How to Install Android 9.0 Pie on Redmi Note 5 Pro

Within the next five or ten minutes, your phone should boot up to Android One, based on Android 9.0 Pie.

Read Next 10 Facebook Tips and Tricks on Android
source: whyredupdates