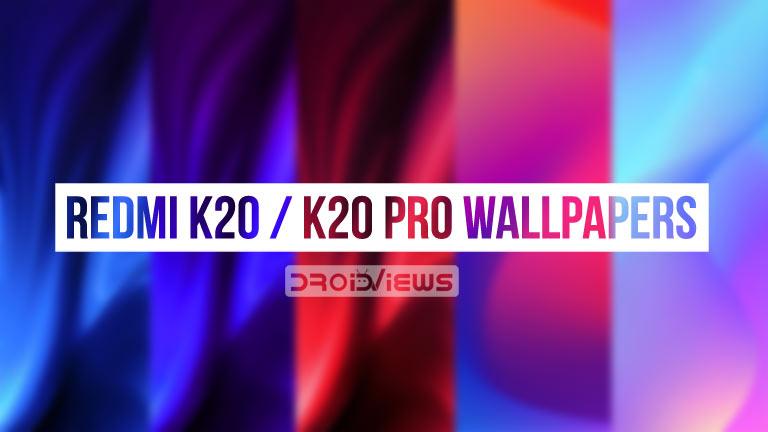 Xiaomi’s Redmi lineup is mostly associated with budget devices that provide good bang for the buck. For more expensive smartphones, Xiaomi has used Mi branding. Recently, the company also created the POCO sub-brand to offer ultra-cheap devices with flagship specs. Now it looks like they’re also looking to launch a flagship under the Redmi branding, with the Redmi K20 and the Redmi K20 Pro. But while we’re on the topic, we’ve got the Remi K20 and Redmi K20 Pro wallpapers right here.

The Redmi K20 and Redmi K20 Pro are quite identical from the outside.  Even the size of the phone, the no-notch and all screen front, the display, its resolution, it’s all identical. Both phones have a glass sandwich design. Xiaomi has chosen to opt for a motorized popup selfie camera in order to avoid the notch this time around.

On the back, we have the same design as well. The fingerprint scanner is in the display on the front so there’s no scanner on the back. There are three cameras aligned vertically from the top towards the center. The sensor at the top is left alone with the remaining two are combined into a single vertical module with the LED flash sitting right below the cameras. Both the phones have a USB 2.0 Type C charging connector.

Specs are where the two devices differ, specifically in terms of the SoC, storage and RAM options, the primary camera sensor, and the fast charging technology. The Redmi K20 is powered by a Qualcomm Snapdragon 730 while the Redmi K20 Pro packs in the flagship Snapdragon 855. Xiaomi markets the Redmi K20 Pro as the “Flagship Killer 2.0,” after all.

The last difference in how fast the batteries on both the phones charge. While they both have the same 4000 mAh battery the one in the K20 charged at 18W. Meanwhile, the 4000 mAh battery on the Redmi K20 Pro charges at 20W using Qualcomm Quick Charge 4.0. Xiaomi claims it can charge 58% in 30 minutes and completely fill the power cell in 74 minutes.

The Redmi K20 and Redmi K20 Pro wallpapers pack contains 15 wallpapers. These wallpapers have a resolution of  1080 pixels by 2340 pixels. All 15 stock wallpapers look beautiful

The images below are compressed JPEGs only meant for demonstration but if you want the full-sized high-quality stock wallpapers, you can get them from the link below the images. Please clink the Redmi K20 Pro wallpapers zip link in the download section to get the wallpapers in their original resolution.