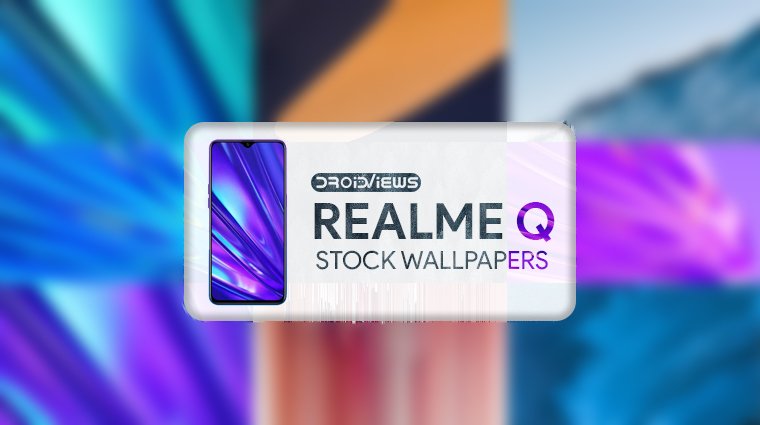 Realme seems to be in the market for the long haul, unlike Motorola or Lenovo who have largely given up on aggressive pricing. The subbrand of Oppo is back with a brand new device, well, not exactly brand new. More on that later but the device does bring with itself some brand new stock wallpapers at least. You can find the link to download Realme Q stock wallpapers below.

After weeks of dropping teasers, Realme has launched the Realme Q in China a few days ago. Despite the name suggesting an entirely new series of smartphones, it’s a rebranded Realme 5 pro.

There’s nothing new here even if you have never seen or heard about the Realme 5 Pro. A notched display, water-drop style notch, with a thick bottom chin, plastic back with a shiny gloss finish, patterns on the back, a rear-mounted fingerprint sensor, vertically aligned camera module along the left side with the Realme logo aligned similarly towards the bottom. It’s all we’ve seen countless times now since Huawei first made this design aesthetic popular. 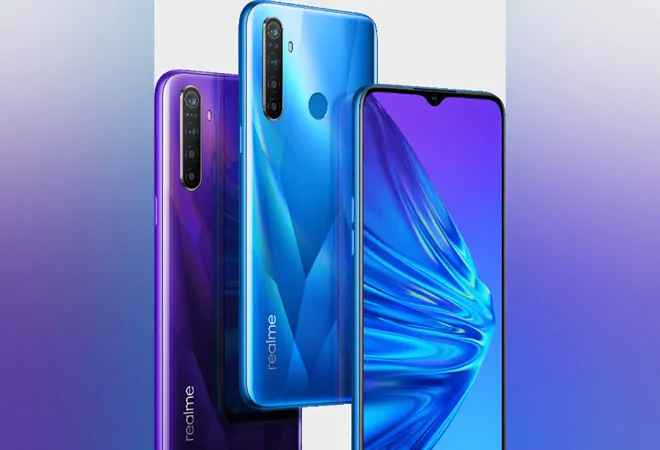 What’s not so common though is the number of camera sensors in the camera module. It’s a rather long stretching module thanks to the four cameras it packs in. There’s a 3.5 mm headphone jack at the bottom with a mic and a micro USB charging port alongside a single speaker grille. The power and volume buttons are on the right, SIM tray on the left and another mic on the top.

The best part of a smartphone, which you’ll be looking at most of the times, is the display. And the display on the Realme Q is pretty good for the price. You get a full HD+ display with a resolution of 1080 pixels x 2340 pixels and an aspect ratio of 19.5:9. The notch at the top may not look so good anymore with devices like Redmi K20 Pro, the OnePlus 7 Pro, and even the Realme X out there. However, it does allow Realme to pack in a 6.3-inch IPS LCD capacitive touchscreen with an approximate pixel density of around 409 pixels per inch.

A non-removable 4035 mAh Li-Po battery is included to keep things going for as long as possible. It supports Oppo’s proprietary VOOC 3.0 fast charging tech. It promises 0% to 50% charge in 30 minutes.

Perhaps the most desirable feature on the Realme Q is the quad-camera setup. It packs the very popular 48MP Sony sensor that you’ll find on plenty of phones these days from the OnePlus 7 Pro to the Redmi Note 7s. It has an aperture of f/1.8  and supports PDAF. There’s also an 8MP, 13mm ultra-wide sensor with an f/2.2 aperture. The next two are 2MP sensors with f/2.4 apertures dedicated for depth sensing and macro shots.

The camera in the front, hidden in the water-drop notch, is a 16MP sensor with an f/2.0 aperture capable of HDR and panorama shots. It can record 1080p videos at 30fps.

The Realme Q will ship with Android 9.0 Pie but with Oppo’s own ColorOS 6.0 skin on top. Oppo is one of the only OEMs with a super awful Android skin that hasn’t even been given a version number to match the version of Android it is built on top of.

We have 9 Realme Q wallpapers below with a resolution of 1080 pixels x 2340 pixels. If you remember, this is the same resolution and therefore, aspect ration, as that of the Realme Q’s display. We’ve uploaded some stock images below to showcase the wallpapers. Keep in mind, however, that these are compressed JPEGs and not of the greatest quality.

We have a huge collection of stock wallpapers in their original quality from almost all Android OEMs. You should consider downloading them too.