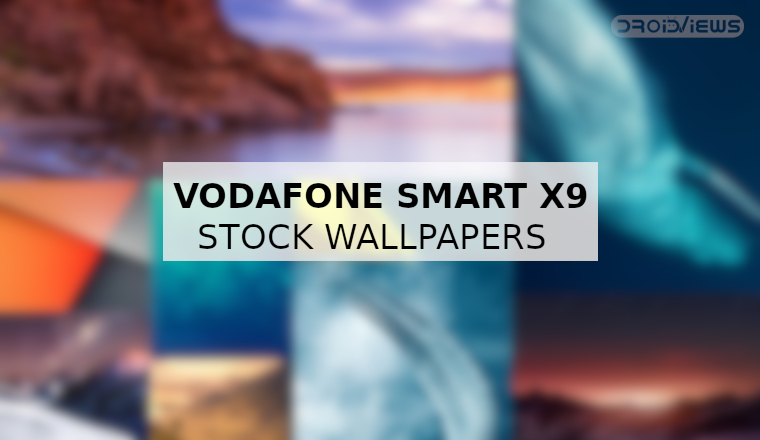 There are a total of 21 stock wallpapers in the Vodafone Smart X9 wallpapers pack. The wallpapers have a resolution of 1080 pixels by 2160 pixels which is the same aspect ratio as of the device’s display.

We’ve uploaded compressed JPEGs below so that you can see the wallpapers yourself and decide whether you want them. We’ve only uploaded fifteen of the twenty-one wallpapers but these should be enough to give you an idea. If you want all the wallpapers, you can download the full-sized, high-quality PNG wallpapers in a single zip file from the download link provided below. Extract the downloaded zip to get all the Vodafone Smart X9 wallpapers.

Vodafone Smart X9 is a budget phone disguised as something much more expensive. It packs in some entry-level specs inside although it looks nothing like entry-level on the outside. The device is available in only black color at a starting price of approximately ₹6990. 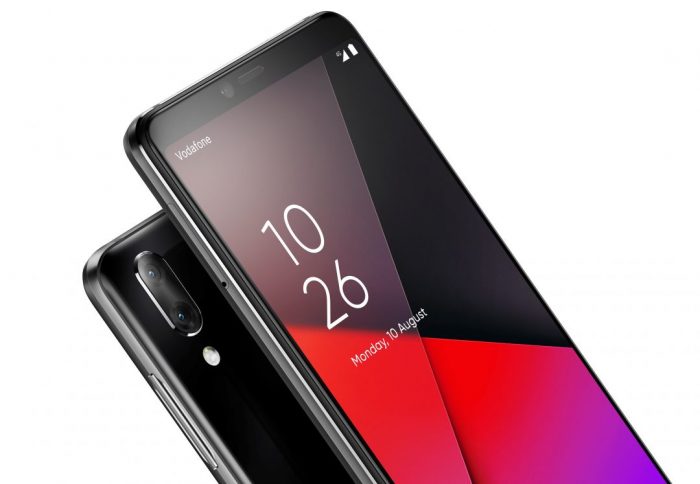 Most of the things on this smartphone are quite common in this price range. There’s a fingerprint scanner where it should be, a dual-camera styled camera module which is technically still a single-camera module. Despite the svelte curved design though it is still a budget phone. The phone is made of plastic which has been given a reflective finish to resemble glass.

The one thing that’s not common these days is a phone without a notch. Even though I’m not a fan of display notches, their absence just makes phones look outdated these days. Unless the front is entirely screen with minimal or no bezels. Anyhow, the display is protected by Dragontail glass. Speaking of outdated there is a 3.5 mm headphone jack at the top.

Surprisingly, there’s also a USB Type C at the bottom along with a single speaker grill. Normally, phones at this price or even those priced higher in the budget segment don’t ship with USB Type C.

It’s a single SIM smartphone and accepts a Nano-SIM with support for 4G and VoLTE. Storage is expandable thanks to the dedicated microSD card slot. The display on the front is a 5.7-inch full HD+ IPS LCD capacitive touchscreen with a resolution of 1080 pixels by 2160 pixels. The aspect ratio, therefore, is 18:9 with a pixel per inch density of 427. The thick bezels at the top and bottom result in a screen-to-body ratio of just around 78.2%, approximately.

Under the display sits the entry-level Qualcomm SDM450 Snapdragon 450 which is an Octa-core CPU with Cortex-A53 cores clocked at 1.8GHz. It’s paired with the Adreno 506 GPU. There is only one variant of the device in terms of RAM and storage. You get 3Gb of RAM and 32GB of storage. You can use microSD cards of up to 256GB capacity to expand the storage.

The battery is a decent 3100mAh which is non-removable, of course, and also does not support any kind of fast charging.

The device ships with Android 8.1 Oreo out of the box.

The camera module on the back consists of a 16MP rear camera with autofocus support and, a 5 MP depth sensor which is basically a camera sensor deployed to sense depth instead. So technically, it isn’t counted as a camera. On the front, you get a decent 8MP camera. There aren’t many hardware details about these cameras but you can’t expect them to be very good at this price. At best, they’ll be able to get the job done, i.e, take useable photos.