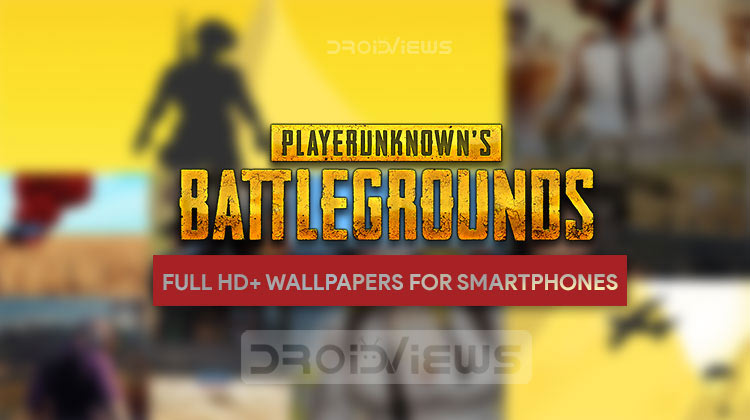 Download 40 PUBG wallpapers for mobile phones (Android and iOS) in Full HD+ quality with 1080 x 1260 px resolution and 18:9 aspect ratio. If you are a hardcore PUBG fan, you’ll love the wallpapers.

PlayerUnknown’s Battlegrounds, more popularly known as PUBG, has been a huge hit on PCs, Consoles and smartphones alike. It’s a battle royale game and battle royale seems to be the genre of gaming right now. Some people don’t realize this but PUBG isn’t really the game that invented the battle royale.

However, it is the game that brought the genre front and center into the mainstream. Due to various reasons, PUBG’s dominance on PCs and Consoles is slowly being lost to Fortnite but the game still remains very popular. If you’re a PUBG fan too, we have 40 Full HD+ PUBG wallpapers for mobile devices you can rock on your smartphones.

A game where a hundred players land on an island, often naked, and then fight for survival using resources available on the abandoned island, including cool guns and other weapons. The game sounds quite simple when you describe it but if you’ve played it, you know it’s anything but simple. In trying to be a real-like battle royale, PUBG has some complex systems that you’ll want to master if you want the chicken dinner.

For instance, how the bullet drops after traveling some distance when using a sniper rifle. That’s not something you’ll see in most games. The game even allows you to throw grenades inside buildings to flush out your targets. If you don’t know that you’d probably end up wasting your explosives in open field.

Therefore, before you dive into the wallpapers, we also have some tips and tricks for PUBG Mobile you can check out to up your PUBG game. If you’re playing PUBG Mobile like most PUBG Players are, you might also want to enable the use of gyroscope for aiming.

Gamers using wallpapers from their favorite video games is nothing new. Video game wallpapers are also just as popular as video game themselves. So it was surprising to find out there aren’t many websites where you can find PUBG wallpapers for mobile devices in Full HD+ quality with 1080 x 1260 px resolution and 18:9 aspect ratio.

The number of websites offering PUBG wallpapers in HD optimized for smartphones is even less if any. Sure, you can always do a Google image search and pick from a huge library of PUBG related images. It’s probably more convenient though to download 40 high-resolution wallpapers at once.

The wallpaper pack contains all kinds of PUBG wallpapers for your smartphone from AMOLED friendly, minimalist, material design, to photo-realistic wallpapers. We’ve packed them all in one zip file so that they’re easier to download at once. We have also uploaded a few of those wallpapers below so that you can have an idea of the kinds of wallpapers you’d be getting if you download the entire pack.

Read next: How to Play PUBG Mobile on Your PC