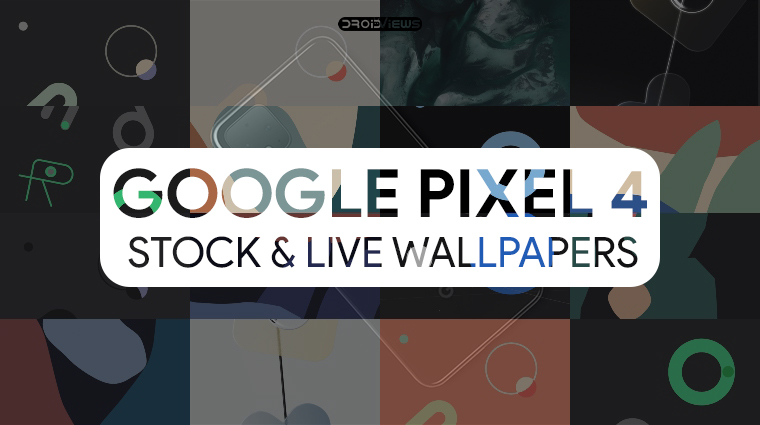 Google Pixel 4 is not even official yet, keep that in mind. If you remember though, the Google Pixel wasn’t official, nor were the Pixel 2 or the Pixel 3 when stuff from inside the phones started leaking left and right. The leak saga continues this year. We now have the Google Pixel 4 Launcher, Camera, a new recorder app and also a new Pixel themes app. Most importantly, the Pixel live wallpapers app was also leaked from which we have extracted the Pixel 4 stock wallpapers in 4K resolution.

These wallpapers have varying resolutions ranging from 1080 pixels x 2160 pixels to 1080 pixels x 2280 pixels and all the way up to 1441 pixels x 3040 pixels. Some of these even have a resolution of 2000 pixels x 4097 pixels. You’ve already seen some variations of these in our previous leaked Pixel 4 and Android 10 stock wallpapers post.

We have packed all 20 Pixel 4 stock wallpapers in a single, easy-to-download zip file that you can download from the link below.

The above zip file contains 11 wallpapers. You can also download Pixel 4 4K wallpapers individually for smartphones and desktop computers.

The Pixel 4 live wallpapers target Android 10 devices. So they wouldn’t also be compatible with devices running older versions of Android. However, the developer has modified the leaked APK. Therefore, it should work on any 64-bit Android device running Android 7.0 Nougat or later. By default, a lot of these live wallpapers support the system-wide dark mode toggle on Android 10.

The developer removed it though to make the APK compatible with older devices. This had to be done because that’s an Android 10/9 only feature, targeting an API only present in Android 10 and Android 9. Pranav says he will soon release another APK for Android 10 devices with the feature intact.

You can see screenshots of the Pixel 4 live wallpapers above. If you’ve been following the insurmountable amount of Pixel 4 leaks, you’re already familiar with the Doodle wallpaper. What were static images before, however, is now a live wallpaper. The Compass wallpaper has a pretty self-explanatory name. Then there are the Living Universe set of wallpapers showing locations from Saudia Arabia, Australia, and Switzerland. There’s also a very basic 2D render of the solar system which can show live events around any planet or the sun.