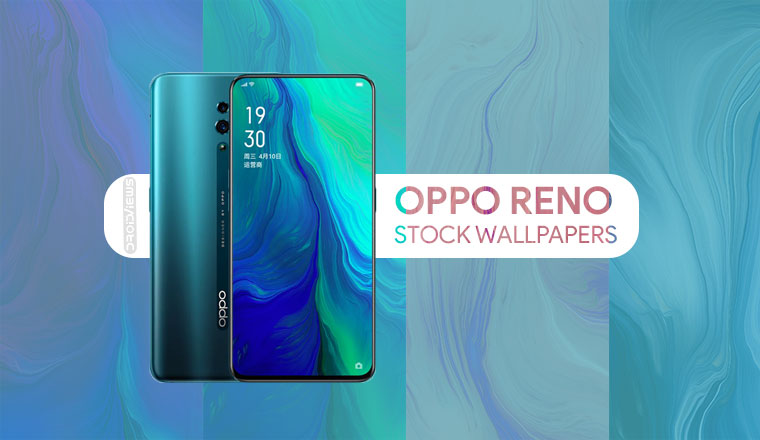 Oppo was one of the first OEMs to push out all-screen, no notch designs along with their sister company Vivo. A couple of years later, Samsung is the only non-Chinese OEM with a full-screen smartphone. Meanwhile, Oppo and Vivo have released quite a few of those, with different takes each time. This time Oppo has introduced another full-screen smartphone called Oppo Reno. This time, like all the other times, you can download Oppo Reno stock wallpapers from below.

We have four Oppo Reno stock wallpapers that you can check out below. The images below are compressed JPEGs only meant for demonstration. We have packed the actual wallpapers into a single, easy-to-download zip file. You can download it from the link provided below. The wallpapers have a resolution same as the device’s display, i.e. 1080 pixels by 2340 pixels.

As you can see, there are 5 stock wallpapers below in FHD+ resolution. Download the zip file from below.

Oppo Reno uses a motorized pop-up module for the selfie camera but it’s not quite like the motorized popup cameras we’ve seen before. It seems less awkward, cooler, and perhaps a bit sturdier. Oppo calls it a “shark fin” pop up and it kind of looks like one.

The back of the phone looks anything but generic. The dual camera set up on the back has been aligned vertically in the center, and the modules are separate instead of being one long vertical black strip. A strip is present though but it starts below the cameras and goes all the way to the way to the bottom of the phone, housing a vertically aligned Oppo logo, as well as, a small circular bump.

The cameras themselves don’t protrude at all, again, quite different from the trend today. But Oppo has decided to include this small round bump anyway so that when the phone is placed on a surface, the camera lens does not get scratched. Another curious design choice is that the dual-LED flash for the rear camera is hidden in the pop-up module.

On the front, well, there is a big screen, and that is all there is. Beauty. Although there is that slight chin at the bottom that no one but Apple has gotten rid of yet. Another area where Oppo does follow the trend is the glass build of the device. The back is multicolored, protected by a metallic rim. The USB Type C charging port, single speaker grill, and SIM tray are all packed into the bottom of the device. So that kind of leaves no room for the headphone jack unless they stick it to the side.

The screen on the front is an impressive, immersive, 6.4-inch AMOLED capacitive touchscreen. It has a resolution of 1080 pixels by 2340 pixels which means it packs in 402 pixels per inch. Despite the all-screen design, Oppo only manages ~86% screen-to-body ratio which is still impressive but Huawei manages more with a notch. The device has an aspect ratio of 19.5:9.

Below the screen, it packs in a Qualcomm Snapdragon 710 which is an octa-core processor. The CPU on the chip is paired with the Adreno 616 GPU. On the memory front, there are three variants with 6GB and 8GB of RAM. The 6GB RAM variant is available in 128GB or 256GB of internal storage options whereas with the 8GB variant there’s only the 256GB option. The storage cannot be expanded since there’s no microSD slot.

The battery is a non-removable 3765mAh Li-Po one and supports Oppo’s proprietary fast charging technology, VOOC Flash Charge, at 20W.

The camera on the back is a 48 MP shooter with an f/1.7, 26mm, wide-angle lens, and autofocus support. It also supports HDR and panorama shots. The second camera is simply a 5MP, f2.4 depth sensor.

The device ships with Android 9.0 out of the box with ColorOS 6 built on top of it.