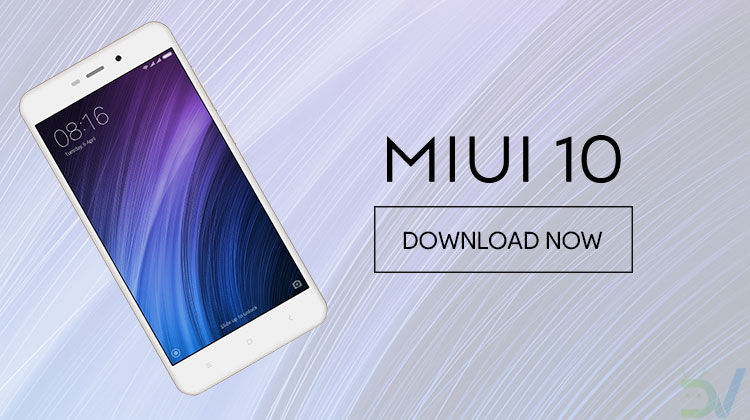 You can now install the Global Stable version of MIUI 10 on Redmi 4A using stock or TWRP recovery. Download MIUI 10 ROM from below and install on your Redmi 4A.

Xiaomi’s Redmi series has always boasted of some of the best smartphones under a tight budget. The Redmi lineup started as an ultra-budget series but has grown into the budget category as well with the Redmi Note series. Xiaomi Redmi 4A is one of those ultra budget offerings from the Chinese OEM. Despite being ultra pocket-friendly though, Xiaomi is showing that they’re committed to releasing updates to the device. The Redmi 4A is now receiving the latest MIUI 10 Global Stable ROM update via official channels.

The device features a Qualcomm Snapdragon 425 processor with 2 GB of RAM and up to 32 GB of storage. Those are quite decent specs considering the near $100 price point of the device. Though the MIUI version is the latest at the moment, the Android version isn’t. This is generally the case with Xiaomi’s MIUI updates on most of their smartphones. Therefore, while the Redmi 4A will enjoy new features from MIUI 10, features built into the latest Android won’t be there.

This is not a big deal since Xiaomi’s MIUI does pack in quite a lot more than stock Android. Many times Xiaomi ports in features from the latest Android into MIUI as well. MIUI 10 for Xiaomi Redmi 4A is based on Android 7.1 Nougat, which is now a couple of years old.  It’s quite possible that you may not get to enjoy the same MIUI features that someone with a Poco F1 may get since MIUI 10 for it would be based on a newer version of Android.

TWRP for Xiaomi Redmi 4A

Install MIUI 10 on Xiaomi Redmi 4A – (via Stock recovery)

This method requires an unlocked bootloader which you should already have if you’ve managed to root your device. If you already have TWRP recovery installed, you can boot into it and skip directly to step 5.

When your Redmi 4A boots up, you should be greeted with a brand new MIUI 10 interface. Enjoy the new ROM.