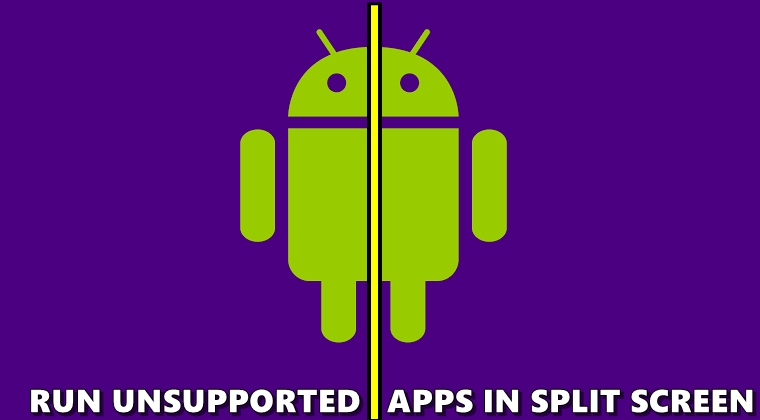 Android is great at multi-tasking. One of the features that further strengthen this claim is Split-Screen. Launched initially with Android 6.0 Marshmallow, the Split-Screen feature allows two apps to run on your device simultaneously. This way, you could continue to watch YouTube videos and at the same time reply to your WhatsApp messages. And with each new Android upgrade, this version also got revamped, for the better.

But there is one thing that still needs to be addressed. Most of the apps have yet to be compatible with this split-screen mode. Even some of the widely used apps like Instagram and Google Assistant doesn’t support this mode (as shown above). Fortunately, there exists a workaround through which you could make any app run in Split-Screen, even if it’s manifest value doesn’t allow it to do so. Let’s see how this could be done. Also, consider going through the guide on the best app switchers for Android.

Force Apps to Run in Split-Screen

The apps we are discussing here haven’t been designed to run in the Split-Screen mode. Through a workaround, we would be forcing them to adapt to this mode. As a result, you might experience some abnormal behavior from these apps, especially if we talk about their Graphical User Interface.

Also, to carry out these steps, we wouldn’t be using the help of any third-party apps to carry out this process. All this would be done via a feature buried deep inside your Android devices. With that said, here are the steps to make apps run in Split-Screen, even if they aren’t designed to work that way. On that note, see how you could create shortcuts to launch apps in Split-Screen mode. 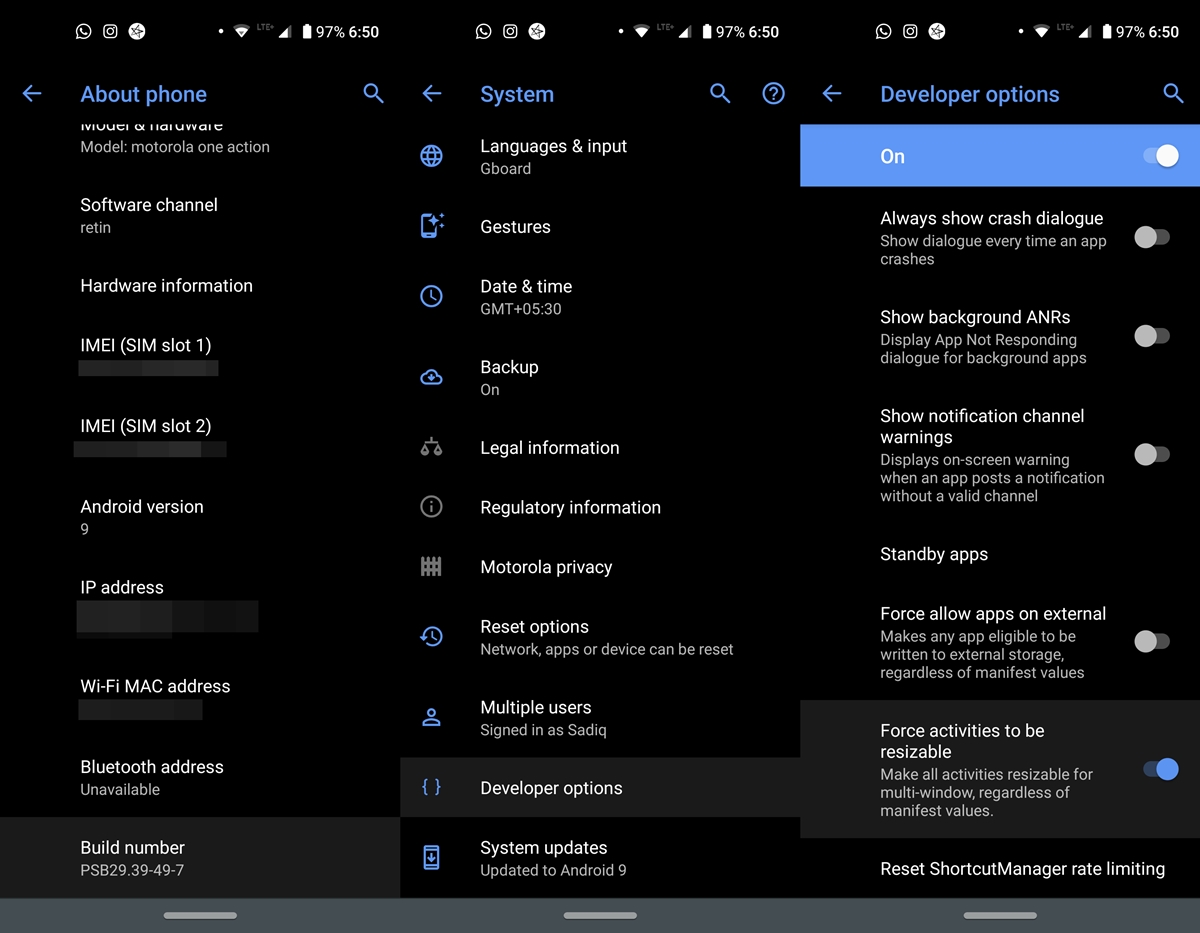 For this process to commence, you will need to enable Developer Options and it’s associated hidden feature, on the device. This is how it could be done.

This feature allows the apps to run in Split-Screen, irrespective of the fact whether it’s supported or not. Moreover, once you have enabled this feature, reboot your device once for the effects to take place. once you do so, head over to the below instructions to make apps run in split-screen mode on your Android device. 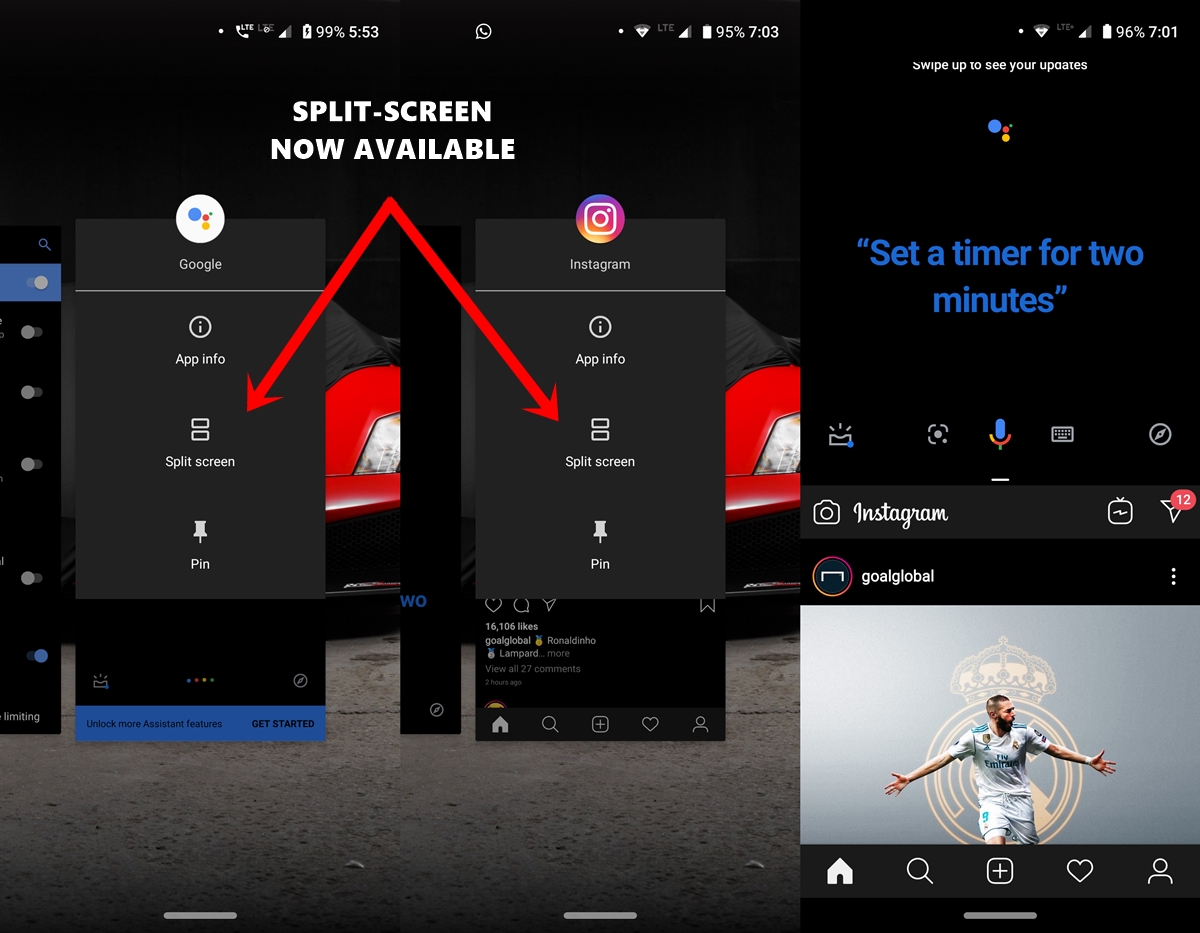 That’s it. Now enjoy apps running in Split-Screen mode. As already mentioned before, you might experience some graphical issues while making these apps forcefully adopt this mode. If that is indeed the case, then avoid using these apps in this mode.

Read next: Automate Your Android Device with These Tips