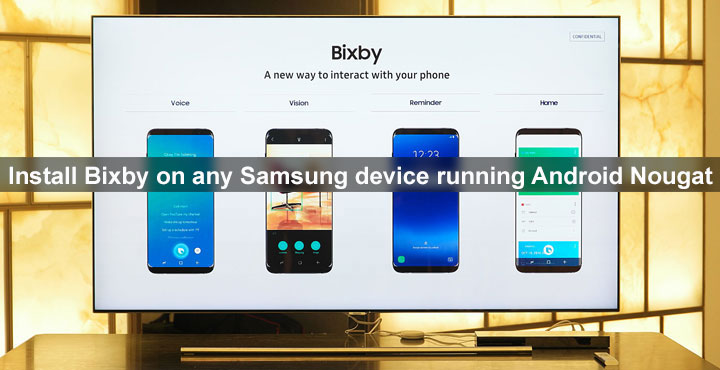 The Samsung Galaxy S8 was announced recently on March 29. The device is up for pre-orders but the sales wouldn’t begin until April 21st. But when has the non-availability of a device in the market stopped its goodness from leaking before? We have the wallpapers from the Samsung Galaxy S8, we have the app launcher as well. Now we also have the most exclusive Samsung Galaxy S8 feature, Bixby. The virtual assistant Samsung felt so confident about that they put it above both Siri and Google Assistant.

There are all sorts of tall claims. But mostly, Bixby is about doing more with your voice on your device. It does have some of the features that other AI assistants such as Amazon’s Alexa have. But Bixby’s main goal is to allow users to do anything through voice, that they can do with touch. It can also recognize images and show relevant information like nearby restaurants or where to buy the object in the picture etc.

Furthermore, the AI-powered assistant can also translate text from pictures between 52 different languages. Samsung imagines a future where it’s assistant will be integrated with almost every app on your smartphone. But, for the time being, that app support is very very limited. There is almost no app support for the moment, except a few apps like Photo Gallery.

There’s a lot more it can do but why tell you about them. How about you check out what it can do yourself? Although, Samsung’s assistant is still very new and might not be as impressive right now. That shouldn’t mean it will end up as another S-Voice. We hope not. Here’s how you can get Bixby on your Samsung device running the official Android Nougat.

When your device starts again, on the Galaxy S8 launcher’s home screen, you can swipe from the left to access your new assistant much like Google Now on Google Now/Pixel Launcher. It will show you relevant cards like Google Now does. Bixby will learn from your app usage and habits to show better results much like every other AI assistant. Also like other assistant’s Bixby will not have a dedicated button, not for anyone without a Samsung Galaxy S8 or S8 Plus. Unfortunately, that can not be ported.

Must read: Download and Install SamsungOne Font on Your Android

Have you tried Bixby already? If not, go ahead and give it a spin. We’d love to know your thoughts about it. How better or worse would you rate Bixby when compared to Google Assistant, Siri or Cortana?