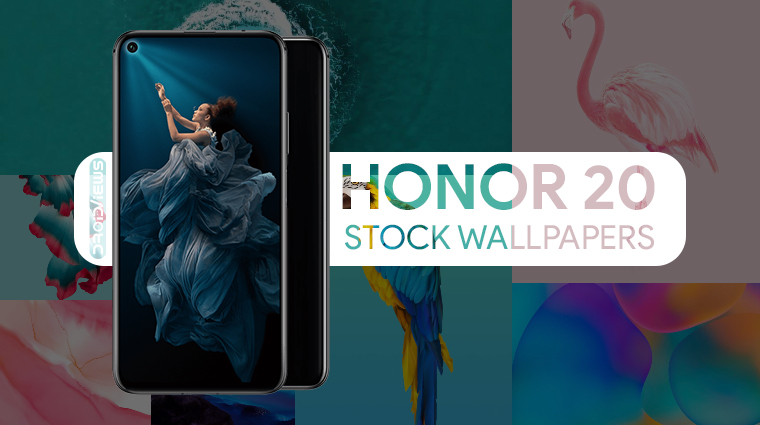 Huawei’s Honor sub-brand has been one of the very first competitors to the OnePlus offerings. Since then, OnePlus has sort of moved further away into the pricier segment. Despite Huawei’s US ban and doubtful future, the company is continuing to release devices as it normally does. The latest addition to the lineup is the Honor 20 which goes up against the OnePlus 7. Among other things, you get new wallpapers but you can download Honor 20 stock wallpapers for free right here.

The front of the phone is entirely screen minus the little camera hole in the top-left. OnePlus had a great opportunity to make the OnePlus 7 different than the OnePlus 6T but its Honor that took it. With the camera hole, it definitely looks more modern than the OnePlus 7 even if practically the water-drop notch is still better. The back of the device has a quad camera module compared to OnePlus 7’s three.

We know more cameras don’t immediately result in better photos though. The camera module also houses the LED flash. The Honor logo is horizontally aligned at the bottom. Since the fingerprint scanner is side-mounted, this leaves the rest of the back clean and empty. There is no headphone jack though but the device does feature a USB 2.0 Type C charging port.

The Honor 20 has a dual nano-SIM slot where both support 4G VoLTE. It ships with Bluetooth 5.0. The display on the front is 6.26-inch IPS LCD capacitive touchscreen with a resolution of 1080 x 2340 pixels. It’s powered by the Octa-core HiSilicon Kirin 980 SoC. There is exactly one storage and RAM option available with 6 GB of RAM and 128 GB of storage. The storage cannot be expanded due to the lack of a microSD slot.

The battery is slightly smaller than Honor fans would expect, at 3750mAh. It does support fast charging at 22.5W which according to the company gives you a 50% charge in 24 minutes.

If you like what you see, you can download the full-sized Honor 20 stock wallpapers from the link below.

We have stock wallpapers from almost all Huawei and Honor devices, do not forget to browse our huge collection. Besides, you can consider downloading the following wallpaper packs: