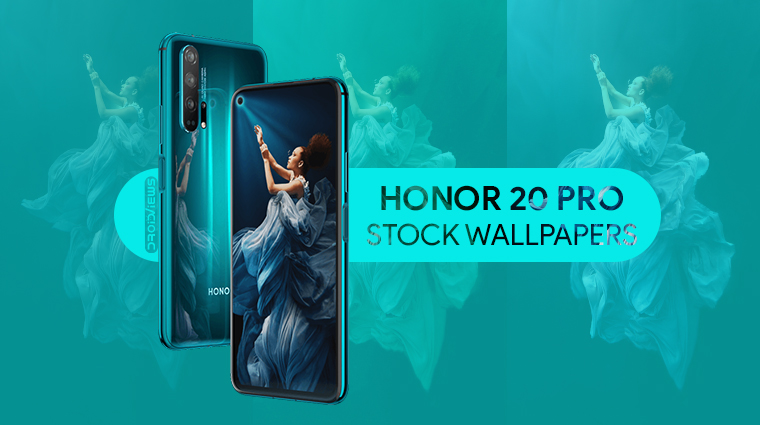 In case you’ve been living under a rock, Google has suspended Huawei from future access to the Play Store and other Google services on Android. This comes after the US Government put a ban on Huawei. Therefore, there are serious concerns regarding existing Huawei and Honor phones, including the Honor 20 Pro. Whether you buy the device or not, you can download the Honor 20 Pro stock wallpapers from below.

From a design perspective, the Honor 20 Pro is a nice evolution over the previous phone. The glass back comes in new, striking colors that are hard to not notice. At the same time, there’s a small camera cutout for the selfie camera instead of a notch. It certainly takes up more space than a tiny notch, but it looks cooler and it stays in the corner, mostly out of sight. It’s also a lot smaller than the punch hole on the Samsung Galaxy S10e. Apart from the camera hole, the front of the device is just the display.

On the back, there are four cameras, three of those stuck together in a single module aligned vertically on the left corner. If you notice it though, the camera module is a bit too large to be placed on the side. Maybe it is just me, but it feels a bit odd once you notice its size. Another tinier module is placed alongside, aligned similarly, housing the LED flash and the fourth camera. The Honor logo is placed towards the bottom. 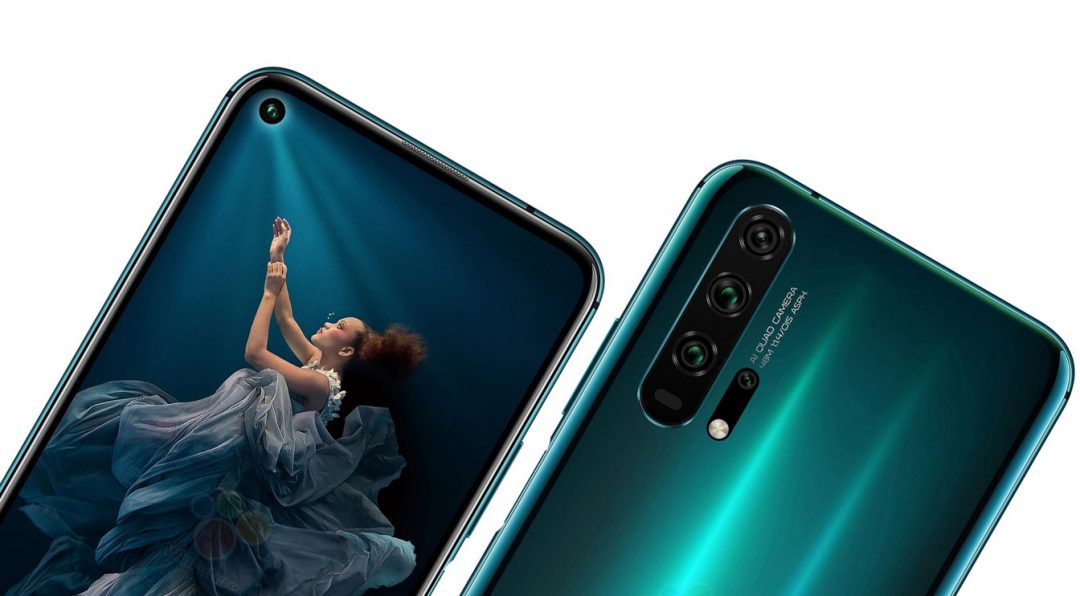 The Honor 20 Pro features an extra tall 6.26-inch Full HD+ IPS LCD display with a resolution of 1080 pixels by 2340 pixels. It makes up for a pixel density of 412 pixels per inch. The over-all screen-to-body ratio is around an impressive 91.6%.

The Honor 10 series, of which the Honor 20 Pro is a part of, usually delivers flagship specs at budget prices. Naturally, the Honor 20 Pro has the top of the line homegrown flagship processor from Huawei, the Kirin 980 with the Mali-G76 GPU. There is only one RAM and storage option which offers 8GB of RAM and 256GB of storage. The excessive RAM and storage do justify the Pro moniker.

The battery is also a pretty nice 4000mAh Li-Po cell with support for Huawei’s proprietary fast charging tech. It can charge the device up to 50% in 30 minutes.

The selfie camera is punched into the display. You get a 32 MP camera with f/2.0 aperture and support for HDR. Both the rear and front cameras have gyro-EIS support. The rear cameras have HDR support too along with the ability to capture panorama shots. They can record video of up to 2160p at 30fps and 1080p at 60 fps or 30 fps. The front camera can record at 1080p, 30fps as well.

There are 3 wallpapers in this Honor 20 Pro stock wallpapers pack. These have a resolution of 1080 pixels by 2340 pixels, that is the same as the Honor 20 Pro’s display. That ensures that these will look good on devices with all kinds of different screen sizes. We’ve uploaded the JPEG versions below. Although in full resolution, JPEGs are compressed images and lose some minor details. You can download all the Huawei P30 Pro wallpapers at once, and in full-sized PNG format, using the download link below.

Note: As of now, we just have 3 variants of the Honor 20 default wallpaper. We’ll add more stock wallpapers below as we get them. Stay tuned!