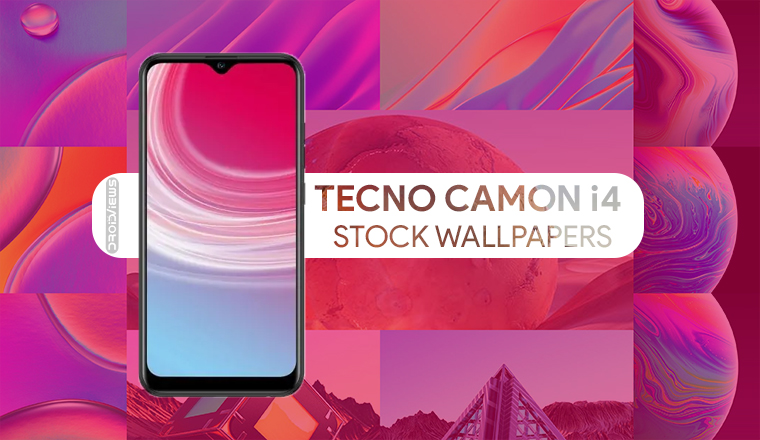 There was a time when you couldn’t get a decent smartphone under ₹10,000 in India. Then Xiaomi came and it brought not just decent but quite the performers under ₹10,000. Now that Xiaomi is faltering though, other OEMs have found a little space for themselves too. Tecno Camon i4 is amongst the very few smartphones in this price range to offer 3 cameras. And this page is amongst the very few where you can download Tecno Camon i4 wallpapers.

There are a total of 12 stock wallpapers in the Tecno Camon i4 Wallpapers pack. The wallpapers have a resolution of 1080 pixels by 2280 pixels which isn’t quite exactly the 19.5:9 aspect ratio of the device’s display. But it’s close at 19:9. We’ve uploaded compressed JPEGs below so that you can see the wallpapers yourself and decide whether you want them. If you do, you can download the full-sized, high-quality JPEGs in a single zip file from the download link provided below.

Although Xiaomi has not been releasing the bang for buck smartphones under ₹10,000 that it was known for, there are many others like Realme who are. So Tecno Camon i4 still has a tough competition.

Most of the things on this smartphone are quite common in this price range. A notched display with a thick bottom chin, plastic back with a shiny gloss finish, a rear-mounted fingerprint sensor, etc. There’s a 3.5 mm headphone jack at the bottom and a micro USB charging port alongside a single speaker grill at the bottom edge.

There are a few uncommon aspects to it too like the triple rear camera set up. Most phones in this price range only have dual cameras on the back. Tecno Camon takes inspiration from Huawei in the placement of their logo and branding with a vertical alignment under the camera module.

It’s a dual-SIM smartphone and has two Nano-SIM slots both of which support 4G and VoLTE. Storage is expandable thanks to the dedicated microSD card slot. The display on the front is a 6.217-inch HD+ IPS LCD display with a resolution of 720 pixels by 1520 pixels and 500 nits brightness. The Tecno Camon i4 wallpapers attached below are in 1080p resolution though. The aspect ratio is 19.5:9.

Under the display sits the either a 2GHz Quad-Core MediaTek Helio A22 12nm processor with IMG PowerVR GE-class GPU or a 2GHz Octa-Core MediaTek Helio P22 (MT6762) 12nm processor with 650MHz IMG PowerVR GE8320 GPU. Which variant you get will depend on where you’re buying it. There is 2GB or 3GB of RAM with 32GB storage and 4GB of RAM with 64GB storage. You can use microSD cards of up to 256GB capacity to expand the storage.

The battery is a respectable 3500mAh which supports the company’s proprietary ‘Rocket’ fast charging using the supplied 10W charger.

The triple rear camera set up on the back consists of a 13MP rear camera with f/1.8 aperture, a 2MP camera, an 8MP 120° ultra-wide camera, and quad-LED flash. On the front, you get a 16MP camera with f/2.0 aperture and support for “AI” Face Unlock. That is, the standard face-unlock you get on most Android phones.