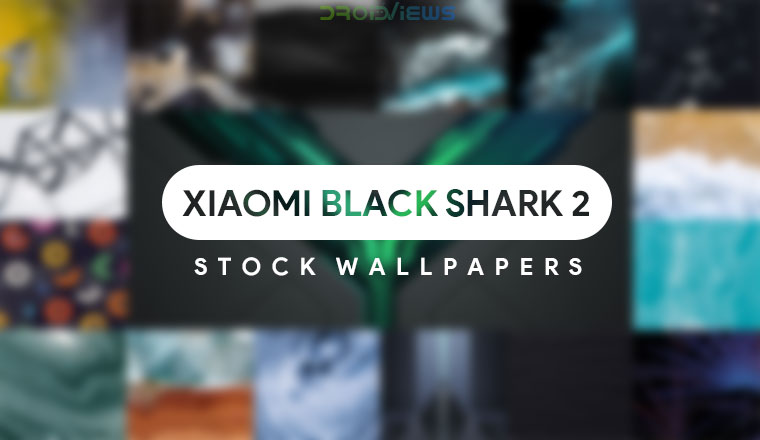 Back in 2018, gaming smartphones really took off with several OEMs jumping aboard. Xiaomi chimed in too with the Black Shark. This year the device is getting an upgrade predictably called the Xiaomi Black Shark 2. The device looks unique from the rear but on the front, there’s not much to differentiate it from the rest, except the stock wallpapers. And you know wallpapers are never exclusive. You can download the Xiaomi Black Shark 2 wallpapers from below. There are 37 stock wallpapers in Ful HD+ resolution (1080 x 2340 px).

Xiaomi seems to be taking cues from the Asus Rogue phone’s unique back design. The Xiaomi Black Shark 2 is instantly recognizable when viewed from the back. The metallic back features a unique design pattern with the Black Shark logo in the center and dual rear cameras in the top-left, aligned vertically.

It’s a gaming phone so it, of course, features the 3.5mm headphone jack. You’d think, but not really. There’s no headphone jack. There is a USB Type C charging port at least. The display on the front is surrounded by very small bezels but Xiaomi has opted to go for a notch-less design. I suppose that does make it a little unique at least among the crowd of newer devices. 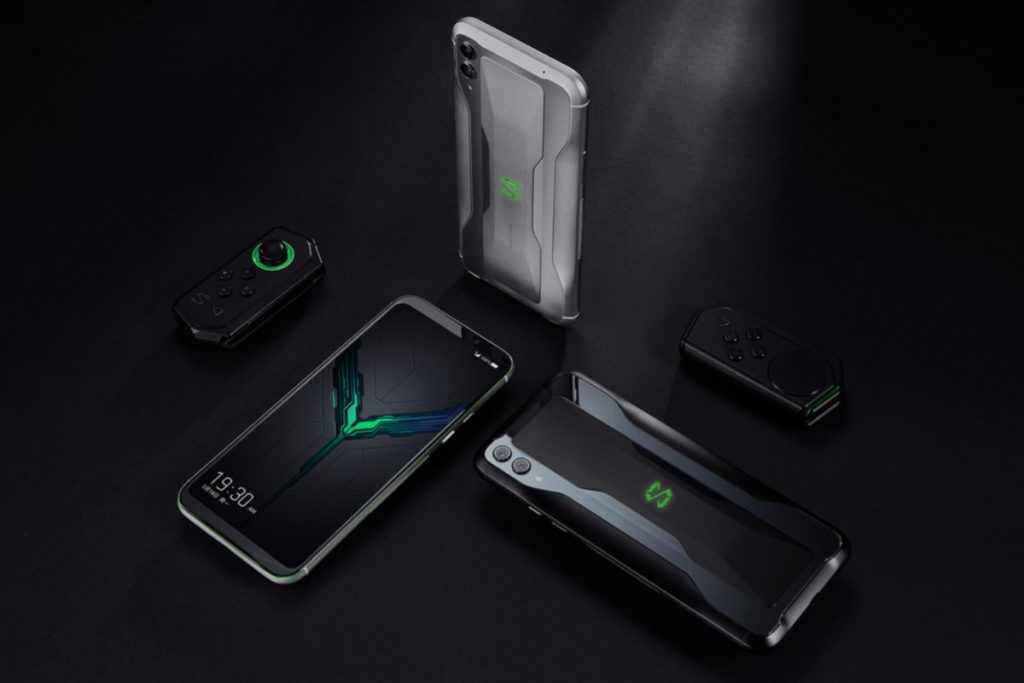 The front features a 6.39-inch Super AMOLED touch screen with a resolution of 1080 pixels by 2340 pixels and a pixel per inch count of 403. All of this accounts for a ~81.7% screen-to-body ratio. The display has an aspect ratio of 19.5:9. The device boasts of a pressure sensitive display like on the newer iOS devices.

In theory, this will allow players to achieve differing on-screen actions depending on how hard they press. How many games will actually provide support for such a niche feature remains to be seen though. The Xiaomi Black Shark 2 comes equipped with a Samsung made in-display fingerprint sensor and unique X-style antenna design for better signal reception.

The camera module on the front consists of a 20 MP f/2.0 selfie shooter which supports video recording up to 1080p @30fps. The rear cameras on the back consist of a 48 MP f/1.8 sensor with PDAF support, a 12 MP f/2.2 telephoto sensor. The rear cameras support video recording up to 2160p at 30fps, 720p at 120fps, panorama, and HDR. The cameras are aided with an LED flash that sits right below the camera module.

The company has also incorporated liquid cooling 3.0 which uses a liquid-cooled plate and liquid cooled tube for reducing the core temperature of CPU by up to 14-degree Celcius. All of the hardware is powered by a large 4000 mAh battery which also supports 27W fast charging.

On the software side of things, the Xiaomi Black Shark 2 will ship with Android 9.0 Pie out of the box with Xiaomi’s new MIUI on top.

The Xiaomi Black Shark 2 stock wallpapers pack contains a total of 26 wallpapers. The wallpapers have the same resolution as the device’s display which is 1080 pixels by 2340 pixels. Therefore, they also have the same 19.5:9 aspect ratio. We’ve uploaded a few of the wallpapers in JPEG format below that you can download.

These will give you an idea of the kinds of wallpapers you can expect to see in the pack. The zip file linked below contains all the 37 wallpapers in full resolution.