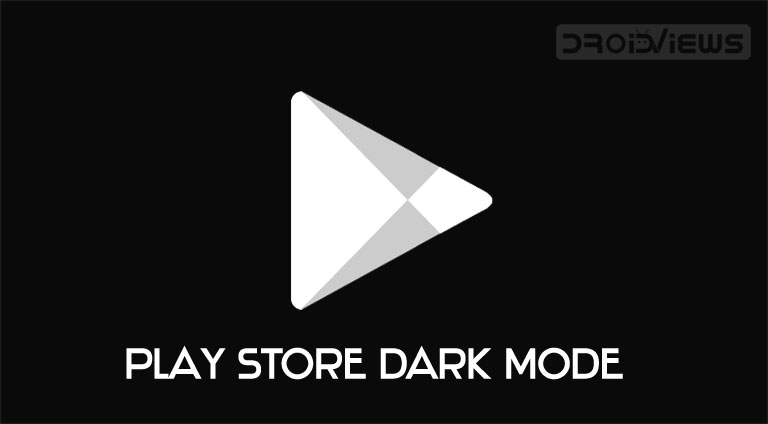 Google has been testing a dark mode for the Google Play Store for over a month now. It now seems that the Mountain View giant has decided to release the dark theme to the public. The Play Store dark mode setting is rolling out via a server-side update. Having updated to Google Play Store version 16.18.17 and above, you can enjoy the Google Play dark theme simply by switching to the ‘Dark Mode’ or ‘Night Mode’ on your Android device running Pie. You can already enjoy the dark theme in Android apps like Instagram, Google Photos, Gmail, Google Keep, YouTube, etc.

The dark mode theme automatically appeared on our Samsung Galaxy S9 running the Play Store version 16.9.18. It appears that the dark mode setting is triggered by turning on the system-wide dark theme option on your device. Therefore, the dark mode option might only work for users who have a device running Android 9 Pie or above. 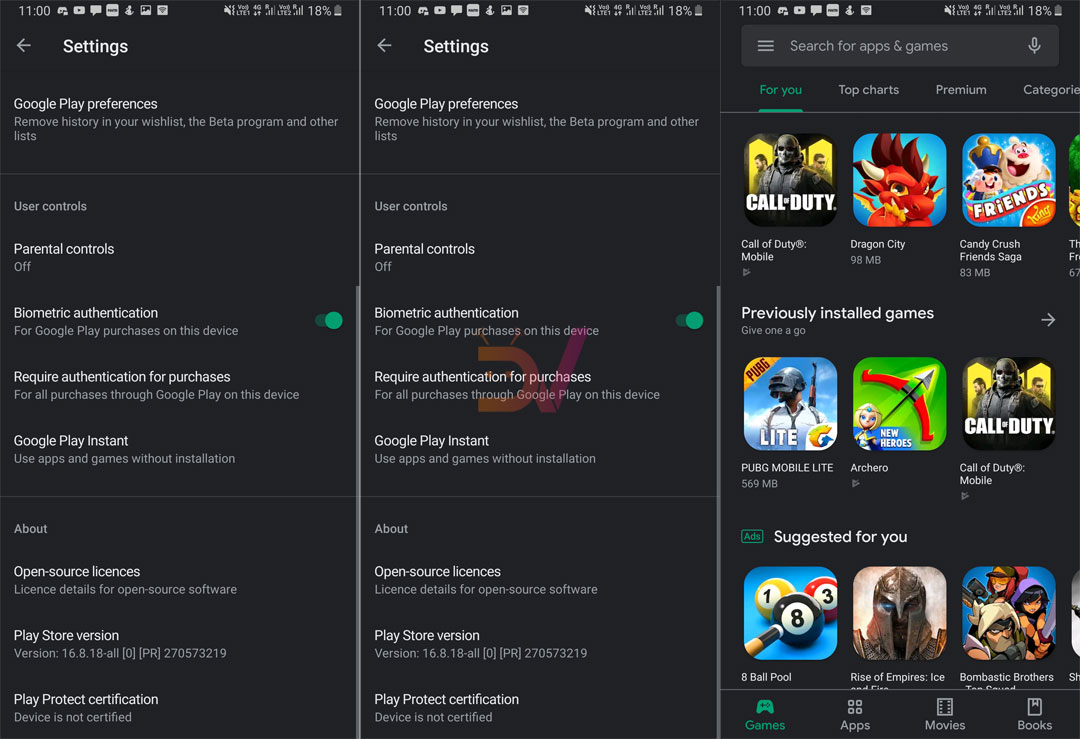 The screenshots above show off the new dark mode update which has been applied to the entire Play Store, leaving no light-themed menus. This new dark theme for the Google Play Store isn’t an AMOLED black theme, instead, it’s a dark grey theme. While it might be disappointing for those looking out for a true black theme, it’s good to see Google rapidly updating their entire app catalog by adding a dark mode option.

Nonetheless, there’s no toggle within the Play Store settings to disable or enable the dark mode hence if you aren’t a big fan of the dark grey background, then you’d have to toggle off the system-wide dark theme on your smartphone to get back the light theme.

The update might not roll out to all devices running Android 9 at once since Google often releases servers-side updates in batches. Do not fret if you aren’t able to see the new update on your Android smartphone. It could take several days for it to be enabled on your device.

It isn’t yet clear if devices running older versions of Android would receive the dark mode update for the Google Play Store. We might have to wait for an official statement from Google addressing the concern.

Enabling the Dark Theme in the Play Store

Note: To be able to enjoy the Play Store night theme, your phone must be running Android 9.0 Pie or Android 10.