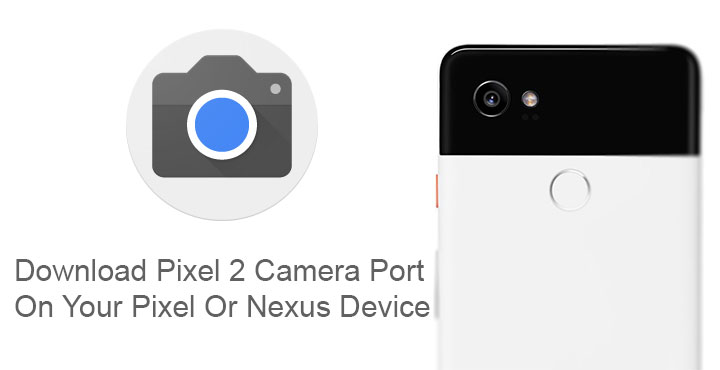 It is raining Pixels, well, stuff from the latest Google Pixel 2 devices really. There is a lot of excitement around the Google-made phones and it is evident. The devices have barely started shipping and you can already get your hands on the launcher from the Pixel 2 and Pixel 2 XL. You can now download the Google Camera 5.1 from the Pixel 2, ported to work on any device. But before you make the jump, there is a lot that you should first know about it. The download links for the Pixel 2 Camera port is included at the bottom.

There’s plenty that’s different with this one compared to the current Google Camera app on the Play Store. But not all of the changes are noticeable right off the bat. The app was ported by AndroidPolice, and you will need a device running at least Android 8.0 Oreo in order to install the app. Naturally, it is compatible only with the Nexus and first gen Pixel devices. If your device happens to be running on an Android Oreo-based custom ROM you might still want to give it a try.

Compared to the current version of Google Camera app on other devices, the new Google Camera has some minor UI changes. For one, the controls up top have been spaced apart and moved closer towards the top of the screen. The controls at the bottom have remained mostly unchanged except the padding on the top. The camera settings page has been slightly redesigned to match the look of the Settings app on Android Oreo. The placement of certain items has been switched as well.

Then there’s also the new Lens Blur icon which is now represented by a flower instead of a lens. You may have seen the same icon used for macro shot elsewhere. The new icon better indicates that lens blur works with close up objects.

The UI for Autofocus and exposure has also been slightly modified to make it easier to adjust.

This can be a little confusing but I’ll try to explain. Even though the app does work on existing devices, two of the most interesting features don’t work. One of them being the AR Stickers and the other is Motion Photos. Both of these features work only on the second gen Pixel smartphones and Google Clip. But Motion Photos can work on first gen Pixel devices too if you install Google Camera 5.0 instead.

On other devices, downloading Camera v5.0 will give you different features than what you’ll see on Camera v5.1. Motion Photos though will still not work on non-Pixel devices, regardless of the app version number. Google probably realized that they should lock down the feature to Pixel 2 if they want to sell it. Camera v5.0 also lacks the new lens blur icon and the modified Settings of Camera v5.1.

Other features include “face retouching” for selfies, an improved version of HDR+ called “HDR+ enhanced”, and a warning on the screen when the flash is turned on.