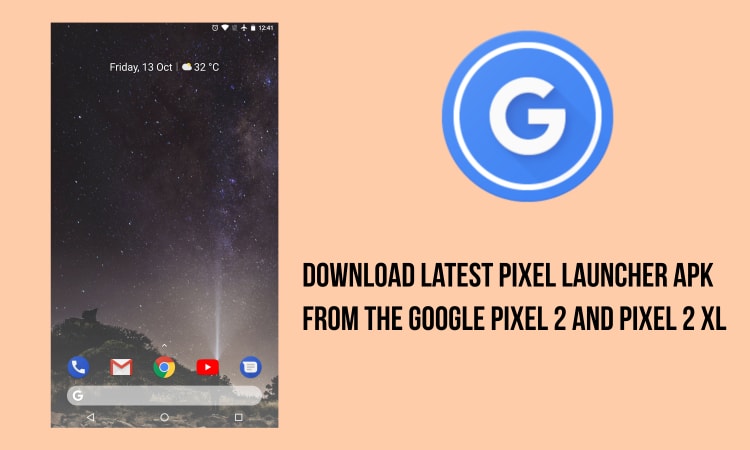 There is still the regular ‘Swipe Up to App Drawer’ gesture present as seen on the original Pixel launcher. The App Drawer is now a little translucent where the background gets lighter or darker according to the wallpaper as seen from the screenshot below.

One more thing we noticed in our testing is that there is a subtle gradient in the latest Pixel launcher which can be seen if you set a Pitch Black or Solid Color background. We have set the Black wallpapers from the Google Wallpapers app in the screenshot below and you can clearly see the gradient.

Talking about the redesigned Pixel launcher on the Google Pixel 2 and Pixel 2 XL, we are now able to provide you with the APK file for the latest version of the Pixel launcher which we have also linked down below for you to download and install as a normal apk from the Download Links section below.