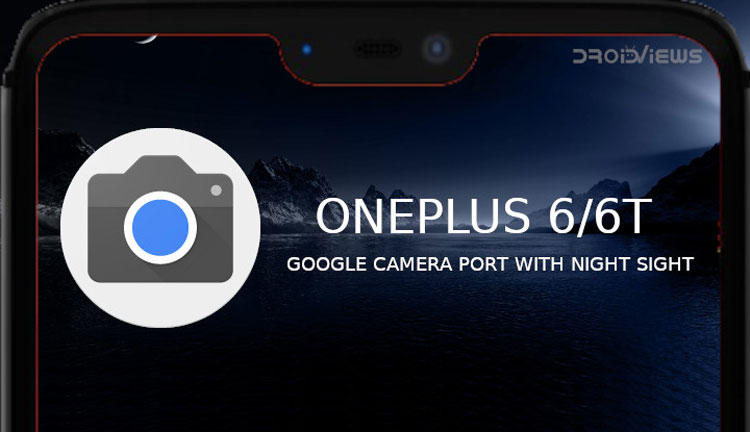 Google Night Sight Camera port is now available for the OnePlus 6 and OnePlus 6T. Download the latest Google Camera APK from below and install it.

Google established itself as a serious smartphone maker with the first generation of Google Pixel smartphones. The devices had an understated look and feel to them but their camera was just as impressive. Google faced a few road bumps ahead with both the Pixel 2 and the new Pixel 3 in terms of the hardware mostly.

The Pixel 2 XL had display issues, the Pixel 3 XL… well, the notch and the RAM management, you name it. However, Google’s image processing magic with Google Camera has been undoubtedly impressive. Third-party developers have been bringing some of that magic to other devices over the years. The latest devices to receive it are the two latest OnePlus flagships, OnePlus 6 and OnePlus 6T. A new, updated Google Camera port finally brings Night Sight to the devices.

Disclosure: We are an Affiliate with AliBaba.  You should assume that we may earn a small fee if you make any qualified purchase from links on this page.

For the truly stealthiest camera, check out this USB Charger with a pinpoint camera, a Droidviews editor’s choice.

For the uninitiated, Night Sight was one of the Pixel 3 features that didn’t get leaked before the launch. It uses a longer exposure time and some software magic from Google to produce excellently lit low light shots.

You can see in the sample shots above, the differences when Night Sight is off and on are drastic. These shots were taken on a OnePlus 6 running Oxygen OS Open Beta 6. The images have also been compressed to an extent in order to meet the size restrictions but there isn’t a huge loss in quality. Besides, all the images have undergone the same compression thus it shouldn’t affect the comparisons.

You can expect similar results with the OnePlus 6T as well. It’s almost as if someone turned the lights on but I can assure you, no one did. In both the shots that Night Sight was off, HDR+ was enabled, not HDR enhanced. The pictures shown above were taken with default settings, simply turning off and on.

Nightscape has also been slightly more inconsistent with its results in my time with it. The Google Camera port with Night Sight, on the other hand, seems a bit more consistent, at least so far.

The time taken to capture the shots is quite similar with both Nightscape and Night Sight. On an average though, I’ve felt Google Camera’s Night Sight is slightly faster. Most of the times the time duration will depend on the lighting conditions.

Like other Google Camera ports, you don’t need a rooted device to enjoy the benefits of this one either. All you need to do is enable Install unknown apps permission for your browser. Before Android Oreo, this setting was universal and known as Unknown sources located under Settings > Security.

With Android Oreo, Google has specified this setting to individual apps. This means only the apps that you allow can install APK files on your device. You can read more about it and learn how to grant apps permission to Install unknown apps. Even if you don’t enable this setting already, you’ll be asked to do so at the time of installation.