It’s that time of the year again. The next Google Pixel smartphones, Pixel and Pixel 3 XL to be more specific, are just around the corner. Judging from the rumors and history, the devices will be announced sometime around October 2 or 4. If you’ve been on the internet, you’ve probably seen that horrible notch and the relatively large bottom chin. I’ve been trying to avoid talking about the phone because it is probably the most disappointing smartphone of 2018 for me. The leaked images do feature a rather beautiful wallpaper though. And now we have that leaked Pixel 3 XL stock wallpaper with us.

Since the Pixel  Xl hasn’t yet officially been announced, most of what we know about it is through leaks and rumors. The Pixel 3 XL, as one would expect, is rumored to ship with the Snapdragon 845 Soc which is the best from Qualcomm as of now. It’ll feature a QuadHD+ display meaning a display with a resolution of 2,960×1,440 pixels. It is also rumored to support wireless charging which has been missing from previous Google Pixel devices, and it’s not hard to see why. Apple did it with the last iPhone finally. The device is also expected to feature 4GB of RAM which is a little low for 2018. Considering the device is straight from Google and should be pretty well optimized 4GB of RAM should be more than enough though.

As for why the Pixel 3 XL is the most disappointing, well, it should’ve been the Galaxy Note 9. Here’s what I like about it though. Samsung did not cave into the mindless notch bandwagon and stuck to its guns even though both the S9 and Note 9 are very similar to their predecessors. I’m not against notches either. I did buy the OnePlus 6 which does have a notch. Frankly, the minimal bezels made possible due to the notch does look pretty cool. And yet, the Note 9 still looks so beautiful too. If not for the “Samsung Experience” I’d be very impressed. Besides, the OnePlus 6’s is by far the best notch I’ve seen on Android, barring the Oppo F9 released recently. 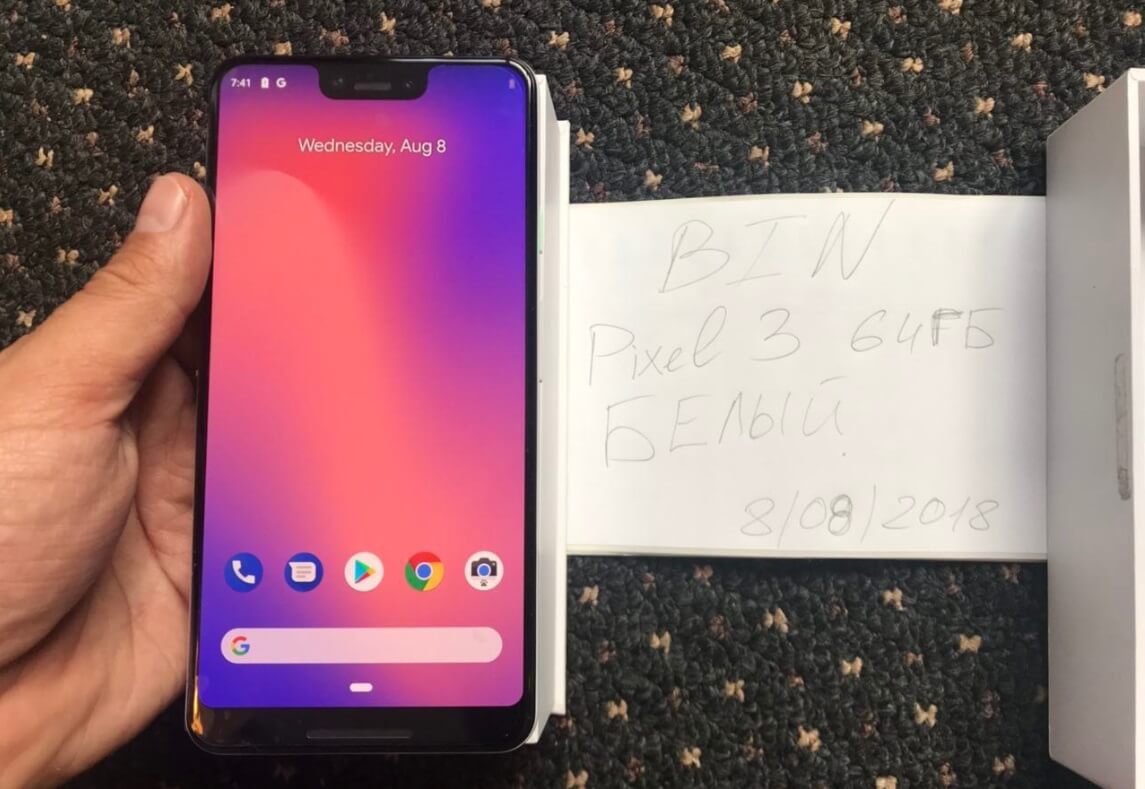 The notch is small and cuts only deep enough that it sort of ends up within the status bar. On the other hand, the Pixel 3 XL notch looks as deep as that of the Essential Phone, and it has a large bottom chin. If you take away the huge notch, the design is essentially the same as the Pixel 2 XL and that’s probably the fact that Google is trying to escape. The entire reasoning for a notch to exist is to reduce bezels. On the Pixel 3 XL, the notch is there just because every other phone has it. It’s honestly the ugliest phone I’ve seen in recent memory and that’s coming from a Google fan.

I’ve been a Google fan for a long time and have recommended previous Pixel devices to anyone with the budget for a Galaxy flagship or an iPhone. This is why seeing Google for what they are is a bit disappointing. Google is the kid that tries to mindlessly copy the cool kid, which in Google’s book is Apple. Those are my 2 cents about the Google Pixel 3 XL and they needed to come out of me.

The leaked wallpaper that we have comes from the image of the Pixel 3 XL above which does a good job of not making it look ugly. In any case, since the wallpaper is from a leaked image it’s only a full HD+ wallpaper and not exactly quad HD+. That is to say, the wallpaper has a resolution of 1080 x 2280 pixels. We have two versions of the wallpaper, one of which looks slightly washed up just as it is in the leaked image above. The other one has a bit more saturation and looks slightly better. But we realize better is a subjective term so you can download them both and decide which looks better to you.

Update: The wallpaper has been designed by @PhoneDesigner who recently shared the renders images of the Pixel XL.